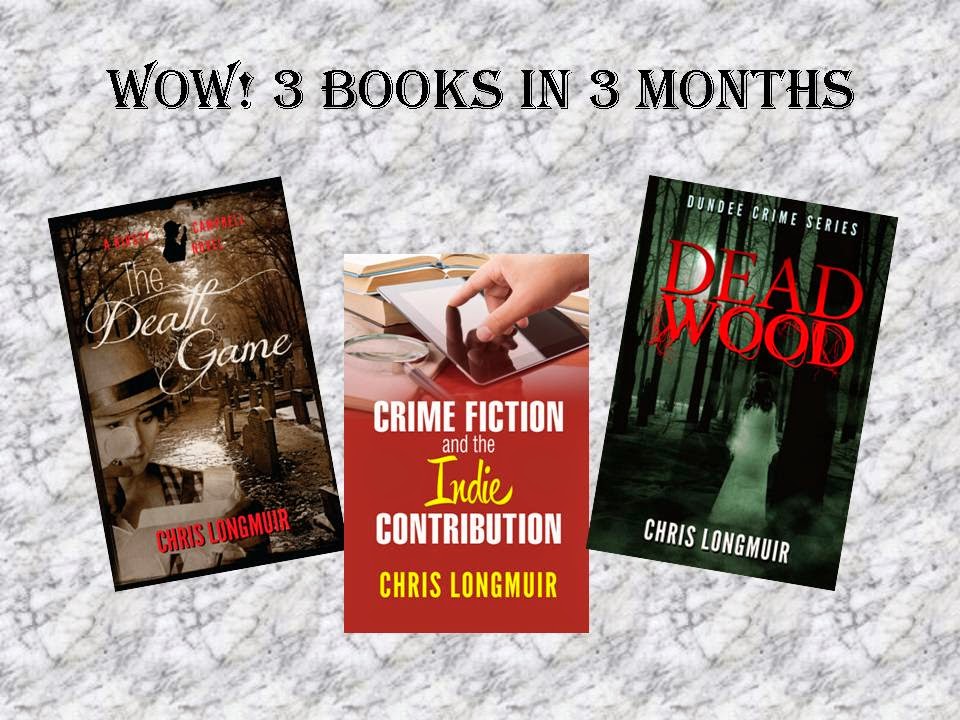 No wonder I’m feeling exhausted. I’ve just published my third book in the space of three months. Now, I’m usually a book a year writer, so where did that spurt of productivity come from?

I suppose it all started at the end of last year’s summer. I was working on my historical crime novel, The Death Game, but I’d taken a bit of time out to act as the Crime Writer in Residence for the Edinburgh Ebook Festival, and during that time I posted a series of twelve posts on the different subgenres of crime. Once that was out of the way I got my head down to complete The Death Game. Things were trundling along and the book was taking shape when a chance meeting with another indie author, Bill Kirton, suggested I turn my Writer in Residence posts into book form. That was what planted the seed.

I went back to the Edinburgh Ebook Festival posts and discovered they were no longer online. They had vanished into internet cyberspace. All my lovely Pinterest postings now had no information behind them. I suppose that was what spurred me on because I knew the posts had been popular. The result of that find was all I needed to start working on my nonfiction book Crime Writing and the Indie Contribution.

So, I was now working on two books, one fiction and one nonfiction. And, what I had assumed to be an easy task of converting the festival posts into book form, suddenly became a massive task with lots of research, new sections and rewriting the original posts. It’s damnable when you’re a perfectionist who is never satisfied with your own work!

Anyway, the head was down and I was working hard, and it was a race to see which book would be finished first. Well, the race was won by The Death Game, and the Kindle version was published at the beginning of March, although the paperback is only being launched today.

Crime Fiction and the Indie Contribution wasn’t long in catching up, and it was published at the beginning of May. I must say I heaved a sigh of relief, both my babies had been launched into the reading world, although I still had the paperback launch of The Death Game to look forward to. It will be the usual Waterstones launch in Dundee with, I hope, masses of interested readers.

I relaxed a little, although anyone who knows me will realise that I never truly relax. So, in between getting the next book underway and preparing for my paperback launch, I gave a little bit of thought to my Dundee International Prize winning book, Dead Wood, which the publisher had allowed to go out of print at the end of 2013. I had contacted them at the time with queries about this, but no response was forthcoming. Since that time Dead Wood had never been far from my thoughts because it is book two of the Dundee Crime Series, which meant there was a gap in the series.

I decided to do something about it, if only to give me peace of mind, and consulted the Society of Authors. I followed their advice and was rewarded with an immediate result. Yes, you’ve guessed it, I got the publishing rights back. I am now free to do what I like with this book which makes it my number three to be published.

Of course, I needed a new cover for Dead Wood. It may not be obvious to readers, but it certainly is to writers, that although the author retains a book's copyright, the cover belongs to the publisher. So, I thought I'd give you a peek at the new cover which has been designed by the talented Cathy Helms, of Avalon Graphics, and here it is. 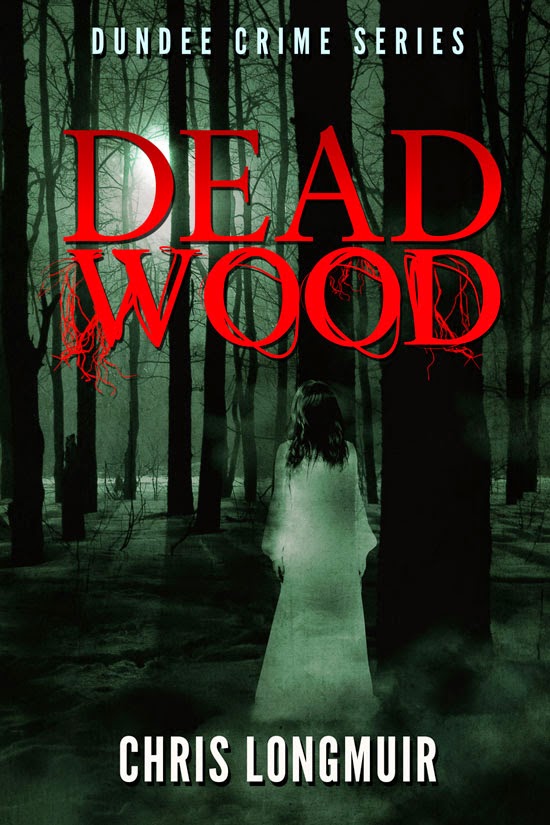 So, as they say in all good stories “All’s well that ends well” and I think I’m going to make three my lucky number.

But now that’s all out of the way maybe I’ll find time to getting back to writing the next Kirsty Campbell book. Watch this space folks! 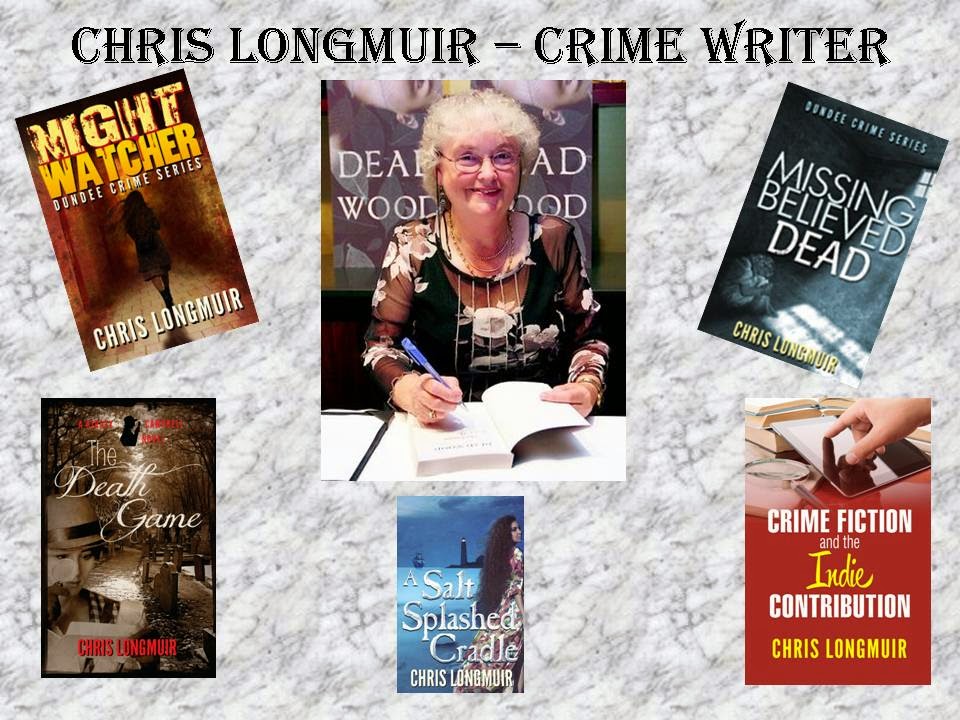 Lydia Bennet said…
Impressive output Chris, good luck with your paperback launch tonight, and I'm delighted to know Dead Wood is available to read on Kindle. So glad you got your rights back!
19 June 2014 at 10:32

Chris Longmuir said…
Yes, I think I must be a bit of a control freak because I have been itching for those rights for some time now. I love being in control of my publishing process and reckon I'm a fully fledged indie now instead of being a hybrid, swinging both ways, as they say!
19 June 2014 at 11:08

Bill Kirton said…
It was absurd that the publisher let it go out of print, Chris. I'm sure it'll do well for you. And congratulations on your stamina and productivity. Sorry I can't make it tonight but I bet there'll be plenty there. Enjoy it, and take some photos.
19 June 2014 at 12:46

Mari Biella said…
Congratulations on getting the rights to Dead Wood back, Chris, and on your impressive productivity! I need to take a leaf out of your book...
19 June 2014 at 15:03