KUROSAWA’S BROTHER by John A. A. Logan

My American friend, Frank, known as “Uncle Frank”, who passed away this year aged 88 years, and who had fought in the Pacific against the Japanese during World War 2, and who later, after retirement as an engineer, constructed cartoons, and model boats, and real boats…sent me a letter last year, accompanied by two scraps of paper.

On the first, were these words:

“From W. H. Hudson’s Short Story
The Story of a Piebald Horse

People there are like birds that they come down in flocks, hop about chattering, gobble up their seed, then fly away, forgetting what they have swallowed. I love not to scatter grain for such as these. With you friend, it is different. Others may laugh if they like at the old man of many stories, who puts all things into his copper memory. I can laugh, too, knowing that all things are ordered by destiny, otherwise, I might sit down and cry.”

On the other scrap of paper, were these words:

“It’s extraordinary how we go through life with eyes half shut, with dull ears, with dormant thoughts. Perhaps it’s just as well; and it may be that it is this very dullness that makes life to the incalculable majority so supportable and so welcome. Nevertheless, there can be but few of us who had never known one of these rare moments of awakening when we see, hear, understand ever so much – everything – in a flash – before we fall back again into our agreeable somnolence.

A few years ago, another friend, Scottish, invited me to watch a film by Akira Kurosawa, in his flat.
I only knew of Kurosawa’s The Seven Samurai.
But the film that my friend had downloaded online for us to watch was Ikiru. 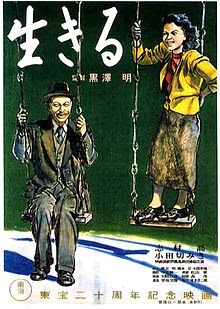 It contained no Samurais.
It was the study of a terminally ill Tokyo bureaucrat, and his reaction to his impending death. Made in 1952, I later learned that the film had been inspired by the Tolstoy short story, The Death of Ivan Ilyich.
Kurosawa had made this film, Ikiru, right after filming The Idiot, based on Dostoyevsky’s novel; and just before making The Seven Samurai - as though this master Japanese film-maker had built up to co-writing, editing and directing The Seven Samurai by first transposing the works of Dostoyevsky and Tolstoy onto film, thus, perhaps, better liberating his own inner voice, and inner influences, for The Seven Samurai.

Long years earlier, Akira Kurosawa had an older brother named Heigo who, in 1923, took him to view the aftermath of an earthquake disaster, and would not let the 13-year-old Akira look away from the scene of carnage and devastation.
Akira and his brother later became inseparable, living together in Heigo’s apartment, while Akira attempted to begin a career as a painter.
Heigo became a successful Benshi in the late 1920s, a silent film narrator for Tokyo cinemas showing foreign films.
But, in the early 1930s, talking pictures arrived, putting the Benshi film narrators out of work.
Despairing at this, in 1933, Akira’s beloved brother, Heigo, committed suicide.

The introduction of talking pictures had destroyed Heigo’s life, it seemed.

Within two decades, though, Akira would be on his way to becoming one of the most important and influential talking picture directors in the history of world cinema. 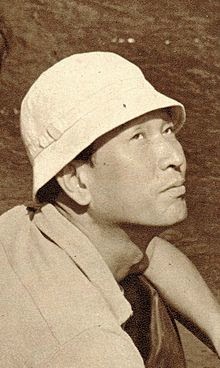 Akira Kurosawa on the set of Seven Samurai in 1953

“Others may laugh if they like at the old man of many stories, who puts all things into his copper memory. I can laugh, too, knowing that all things are ordered by destiny, otherwise, I might sit down and cry.” – W. H. Hudson

Toyo in Ikiru reveals to Watanabe, a dying man, that her joy in life comes from her job making toys, and that he should find a purpose in his own life in Japan.

Uncle Frank, besides boats in bottles, also hand carved marvelous puppets. He, like Watanabe, was taking stock of his life in North America, and found his purpose in planting trees and sharing his reading lists.

Lord Jim was trying to come to terms with his past life, having abandoned a ship on a pilgrimage to Mecca, and ultimately takes a bullet for the death of a rival's son in the South Seas.

And last, W.H. Hudson wrote of an ill-fated trio and the rider of the piebald horse who could have saved himself but did not, perhaps for the sake of Elaria in South America.

Kathleen Jones said…
I didn't know much of this John and hadn't come across the quotes either. My favourite Kurosawa is 'Ran' - his take on King Lear. It made sense of the play (and old age and loss of power) in ways I'd never thought of.
Thanks for an illuminating and moving post.
11 June 2014 at 13:32