Getting together with other writers - Elizabeth Kay

The Scattered Authors Society – yes, the other SAS  – recently had a get-together at Folly Farm in Somerset. This is a group of mainly traditionally-published children’s writers, and although this is obviously not open to all, beginners can get similar benefits from joining a creative writing class. 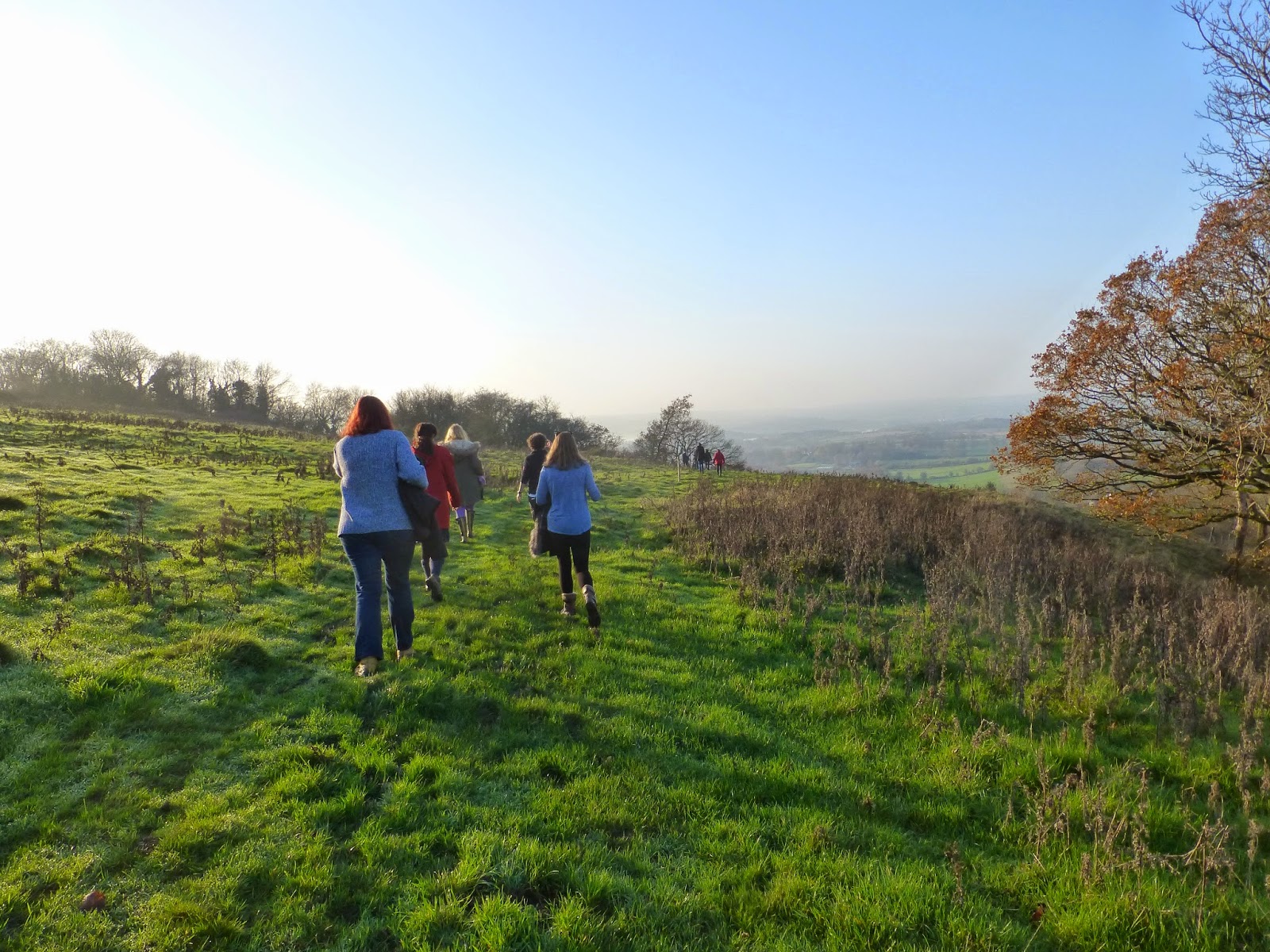 Writers frequently live very isolated lives, beavering away at home on their computers and, at this time of year, rarely acknowledging the light of day unless they need to do some shopping. This was the fifth get-together I’ve attended since 2004, and each one has been thoroughly worthwhile, from the topics we’ve tackled to making new friends. Mixing with other writers is a delight, and the opportunity to do so in such lovely surroundings is fantastic. Friends and relatives, however well-meaning, simply don’t understand the frustrations, moments of euphoria and plain hard grind of an author’s life. Sharing this with others in the same position is brilliant. Of course, it’s not all fricasseed frogs and eel pie. We do some work as well! There are times for people just to go off and work if they want, talks, walks and fab food. I did a Powerpoint presentation about how travel has influenced and inspired my writing. 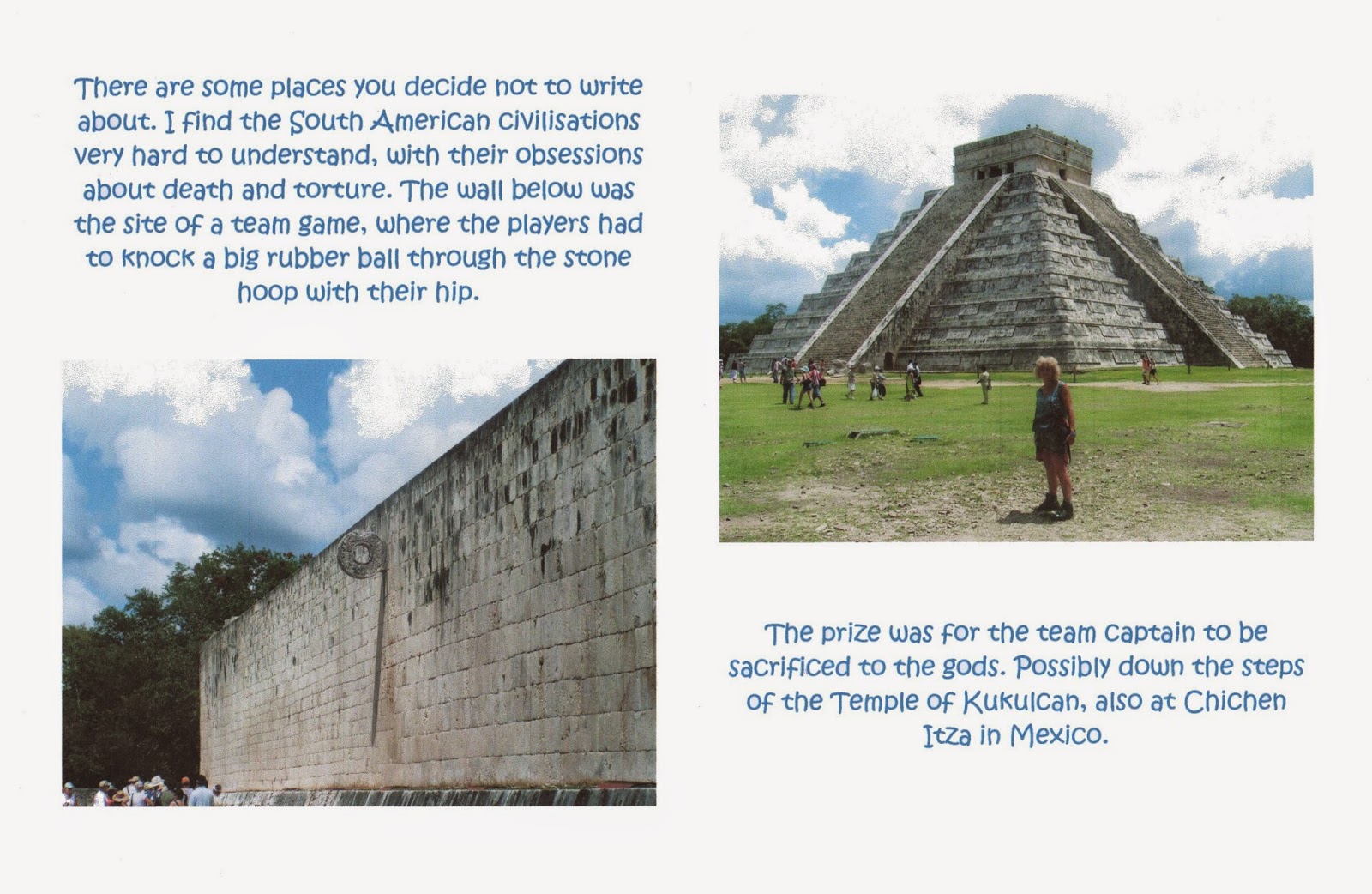 I used lots of pictures and a wide selection of vodkas to illustrate particular moments. The banoffee vodka was a huge hit, and we got through the whole bottle.

Workshopping a book that’s got problems is something at which other writers excel. Idea after idea came tumbling out, and I realised that in the manuscript I’d chosen to use I simply had too many themes. Narrowing it down to one will be far more effective, but not something I’d realised on my own. It’s a bit like having a focal point in a painting – too many, and you don’t know where to look and subconsciously feel slightly anxious. We sorted out a better ending, as well. Sometimes an ending doesn’t have to sew up absolutely everything, and it’s better to leave one thread open to keep the reader thinking long after they’ve turned the final page. Of course, all this means I’ll have to dump 40,000 words and re-write what remains but hey – you have to be prepared to do things like this every so often.
We learned about fan fiction, which was something new for a lot of us (I’ve had one of the characters in Back to the Divide The Chronicles of Narnia and The Lord of the Rings, for instance.

killed off in the most gruesome way!) and discovered that it is being taken
more seriously these days. A lot of young writers use it to get started, as their characters are fully-formed and they know the setting. Mind you, glancing at some of it I now realise that mixing together different worlds is a popular pastime… 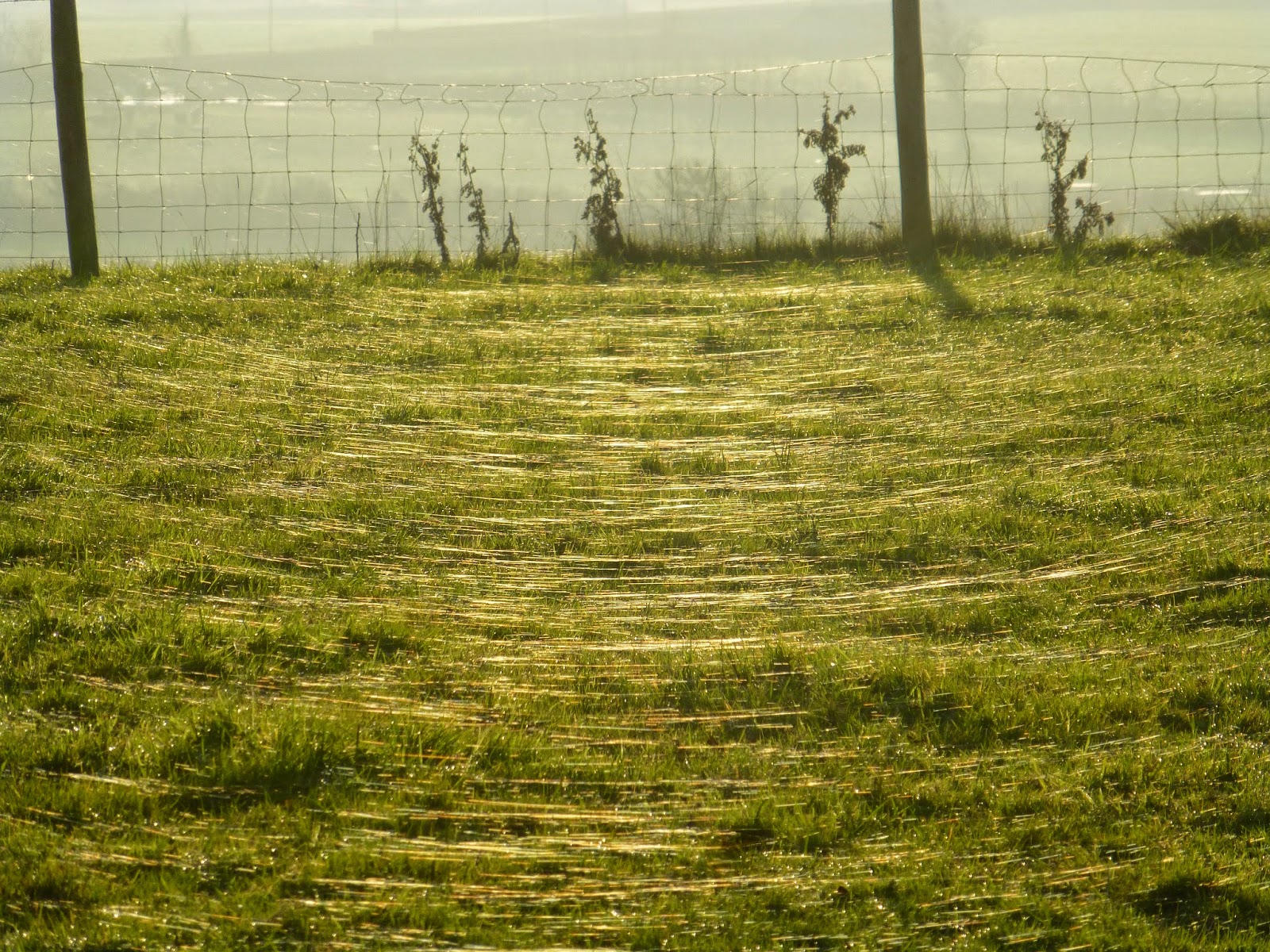 There were some lovely walks, although we did get lost on one occasion. We saw the most amazing collection of spiders' webs on the grass, which shimmered in the light breeze and looked like a fine silver net.
We did a poetry session, which was something I hadn’t dabbled in for a while. We had to come up with a collective noun for something, and incorporate it in a poem. This was my effort:

First there was The Killing,
Then there was The Bridge;
Slots that needed filling,
With bodies in a fridge.
No more Morse or Lewis;
Discreetly ended lives,
Our TV drama has become
A Scandinoir of knives.

I often use photographs from magazines when I’m trying to describe a setting or a person. We did a fascinating exercise when we took a painting, and analysed the portrait in detail, wondering about the character’s clothes, facial expression, situation, what happened before, what happened after. The National Portrait Gallery is a terrific place to go for all sorts of material. In the days before the internet I used museum libraries, which usually had a dedicated and knowledgeable librarian to point you in the right direction, and you’d come up with all sorts of information that would never otherwise have occurred to you. The British Library is wonderful, although it doesn’t quite have the atmosphere of The Reading Room at the British Museum, which now only remains in my memory as it was from a bygone era. It was there that I discovered the way people sometimes advertised their wares in the past. A builder created an entire mansion so that he could demonstrate his prowess in secret passages and priest-holes. What a pity it was demolished…

Lydia Bennet said…
Sounds great fun and valuable support! Bit like a lit fest without the punters! Glad you got some useful ideas from this.
17 December 2014 at 12:00

glitter noir said…
It does sound like supportive fun. I may need to look into starting a Seattle chapter!
17 December 2014 at 15:02

Dennis Hamley said…
I can confirm that these SAS gatherings are brilliant. I haven't been for a few years now and the last I remember were in Coventry and at the beautiful Charney Manor near Oxford. Good people, good food and wine, so much fun, suoport and enlightenment. Yes, Reb, you must form a Seattle chapter.
18 December 2014 at 09:47