It's A Cracker! by Ann Evans 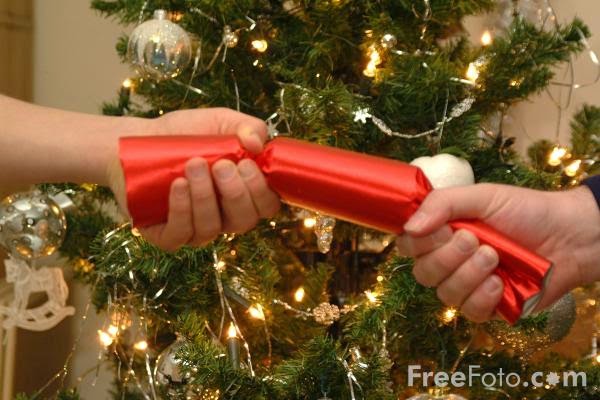 Have you finished your Christmas shopping yet? Got your Christmas crackers? I hope so because you can't have Christmas dinner without a festive cracker to pull, a paper hat to wear and a corny joke to tell, can you?

But have you ever wondered who invented Christmas crackers? Well, if I was to give you two guesses, you'd say either the Romans or the Victorians. And for those of you who guessed the Victorians, you would be absolutely correct. 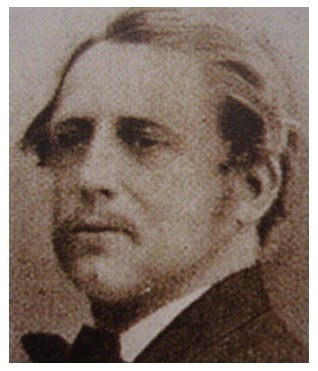 The man behind the Christmas cracker was a London confectioner named Tom Smith. In 1830 as a young boy he worked selling fondants and pralines in a confectionery shop. He was especially interested in creating wedding cake ornaments and decorations and would experiment in making these in his spare time. He became so successful at it, he was able to set up his own shop in Clerkenwell, East London.

Always looking for fresh ideas to bring to his cake ornamentation, it was in 1847 on a visit to Paris he discovered the 'bon bon' – a sugared almond wrapped up in a twist of tissue paper. 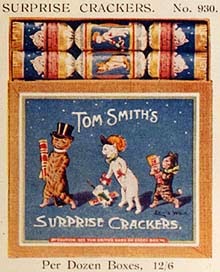 He brought the idea back to England where it sold well over the Christmas time, but sales dropped off after Christmas. So Tom developed it further by adding a short 'love motto' inside the wrappings. This sold well, and so he concentrated on improving his 'bon bon' treats.

It was the crackle of a log fire that provided a flash on inspiration – that of the 'crack' when the paper was torn apart. He experimented to find a compound that would provide the necessary 'crack' without causing any damage!

More tweaks and changes including increasing the shape of the 'bon bon' to house the 'cracking mechanism' and he decided to replace the sweet with a surprise gift. While this was a huge success, it was when a European competitor jumped on his idea and copied it, shipping crackers to England in time for Christmas that Tom really pulled out all the stops to market his idea. 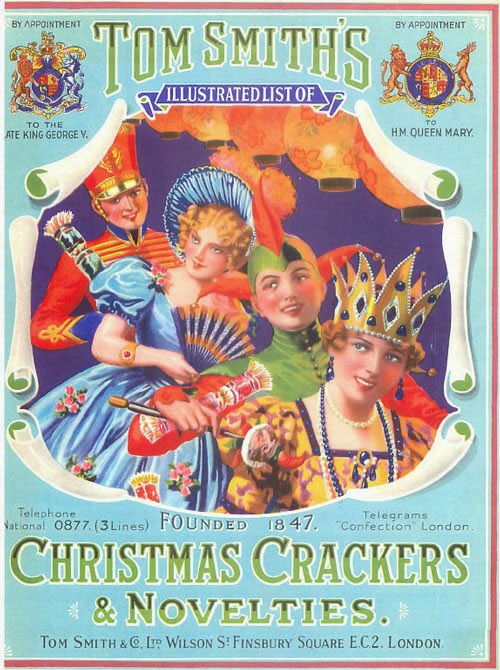 He designed eight different kinds of cracker, got his staff working day and night, and managed to distribute stocks of crackers throughout the country in time for Christmas – and never looked back.


Crackers were produced to celebrate every kind of major event and his crackers were given the royal seal of approval. And still are to this day. 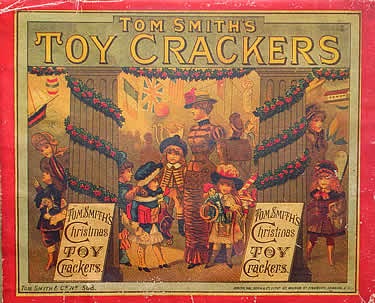 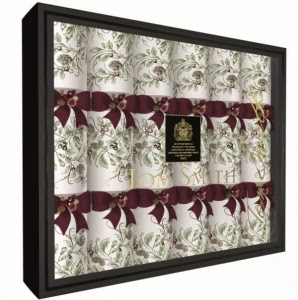 So when you pull your crackers this Christmas, remember to raise a toast to their inventor, Tom Smith.

If you've a minute to visit my website, it's: www.annevansbooks.co.uk

glitter noir said…
Lovely post, Ann--with a fine touch of a thriller in your account of Smith's race to trump an evil rival cashing in on his idea. I love crackers more than ever now.
13 December 2014 at 16:05

Dennis Hamley said…
Lovely post, Ann. I didn't know any of that. A public benefactor not sufficiently remembered.

I'm so sorry my blog seems to have hijacked yours. It wasn't me who put it up a day early. I have to make that clear in my own defence.

This is the second comment running this morning in which I've had to prove I'm not a robot. This is getting beyond a joke.
14 December 2014 at 09:01