They say you've got to see it first before the real magic can happen. So I'm working hard at seeing the boy toy I'll become when I implement the latest of my Very Great Ideas. After starting with thousands of images, the field has been narrowed to these:

Now, this was supposed to have happened when I landed a two-book hardcover contract with Tor/St. Martin's after a long apprenticeship. I'd come out of the gate too in champion form: winning a Stoker Award, collecting favorable reviews and appearing in Success magazine.

But time certainly seemed to be taking its time in coming through with my reward. Most conversations ended fast when I told folks I worked in Horror. Those that didn't die then did when I confessed to not receiving million-buck advances. All this was grim. But it grew worse when my second agent landed me a contract for two paperback horror novels. Now any pretense of being a Serious Writer were gone. 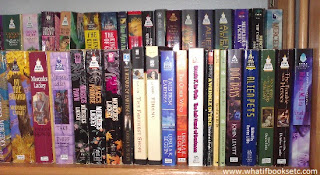 Segue to my years in the desert, Boy Toyhood denied for two decades.

"Ahhhh, you used to be a writer--that is, a Horror Writer--but now you're an unpublished author again?"

I discovered EbookLandia and have gone on to publish 10 ebooks with Amazon since 2012: hard-boiled mysteries, romantic suspense, literary thrillers...I saw my numbers start to rise and enjoyed every step of the process: from writing to editing to proofing to promotion. And yet...

--"Sorry, but I don't read ebooks."
--"How can you say you're a writer if you haven't actually published your book?"
--"Aren't ebooks for writers who lack the stuff to sell out?"
--"What do these reviews mean when they talk about your word play? Don't you know how to just tell a story?"

I know what you're thinking. Any man with half a brain would have given Boy Toyhood the boot. And, in fact, I was about to. But then I had the Very Great Idea I mentioned at the start. (You haven't forgotten my second sentence, have you?) I'd produce physical copies of my work as well for those who don't read ebooks.

I'd use CreateSpace and a first-rate production team to put out brilliantly designed copies of my novels. I was a man on fire again! And--and--and...

Well, you surely know what happened next. The bird of Anti-Paradise swooped down and left my fool head filled with voices.

--"Well, these books really are beautifully done. But instead of a publisher, they show Printed by Amazon. So, they're just self-published, right?"
--"Why should I read a book that's not good enough to be published?"
--"If you've been struggling for three decades, perhaps the writing's on the wall."

Then again, the better part of me--the part that set out in Buffalo, all those many years ago, to become a writer--knows better than such nonsense. My goals remain what they have always been: to thrill, delight, move, astonish and inspire. And whatever else the gods have in store, I remain fiercely committed to playing still more masterfully the creative hand I've been dealt.

Wendy H. Jones said…
Great way of putting it. The best way is to carry on with what you are doing and think about all the readers who are enjoying your books. Remember you are a great writer and run with that.
12 April 2016 at 08:23

Jan Needle said…
Good of you to print the pix of me, Reb. One would have done though!
PS I hope no mice were hurt in the making of this post. The evidence seems overwhelming, but I trust you.
12 April 2016 at 09:50

Bill Kirton said…
It's a familiar journey, Reb. As Wendy says, though, the voices of the naysayers sound loud only because the others aren't shouting (or, unfortunately, writing reviews) but actually reading and enjoying your books instead. The FACT is, you're a writer - boy-toyism only requires pectorals and abdominal sculpting. (By the way, are boy-toys different from what we call toy-boys?)
12 April 2016 at 09:57

Lydia Bennet said…
Oh never mind Reb, most people don't look for a publisher's name or care who brought the book out, and lots of people are self-pubbing or using crowdfunding. Just think about the people who have enjoyed your books, and you never know what will happen in the future.
12 April 2016 at 15:31

Dennis Hamley said…
Wrong, Jan, the one in the bed is me. Reb, a great post which I connected with at many levels. It's annoying to have a great future behind you. Just keep believing in what you're doing. Well, I know you will.
13 April 2016 at 07:03

glitter noir said…
Thanks for the encouragement, all. I'm still not sure whether I slipped into one of my rare funks...or whether I couldn't resist the opportunity to post those two photos of Jan.

Have no fear. I enjoy defying the opposition far too much to give serious thought to conceding.
13 April 2016 at 22:07

David North-Martino said…
Great post, Reb. If you have a book in print, I don't think most readers notice the difference. Some Indie writers set up their own companies to publish their books. Lends and air of credibility while potentially providing some tax benefits... and pitfalls.
14 April 2016 at 18:31