By Dipika Mukherjee - January 26, 2017
"For sale: baby shoes, never worn." A familiar lesson in brevity; a gamut of emotions in a Six Word Story (although this quote is often attributed to Ernest Hemingway, it was possibly written by someone who predates him). For those of us who write, or who teach writing -- or just read voraciously --we all know the power of the pithy phrase or that mot juste that takes our breath away like an unexpected punch to the gut.

The popularity of flash fiction -- twitterature, the Dribble, the Drabble, Micro Fiction, Six Word Story – is growing. Although this can be attributed to a felicity on tiny screens, the genre is old and features in many ancient cultures. SmokelongQuarterly informs us, “The term “smoke-long” comes from the Chinese, who noted that reading a piece of flash takes about the same length of time as smoking a cigarette.”

As anyone who has tried their hand at a Six Word Story knows, the shorter it is, the more challenging to write. What is implied is always more important than the written words. How perfect brevity must be, as one teeters between poetry and advertising copy, encircled by a thin line descending into the banal.

Slogans, when done right, are like fantastic Micro Stories. They rise above the terse to encompass the universal with wit and wisdom. The placards at the Women’s March in Chicago, with a crowd 250,000 people strong, exhibited sarcasm with the thoughtful in short succinct bites.

Here are some choice slogans from the venue, beginning with those telling a story of the Russian connection: 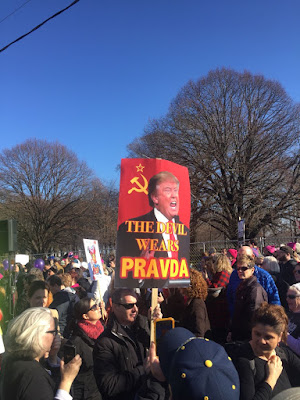 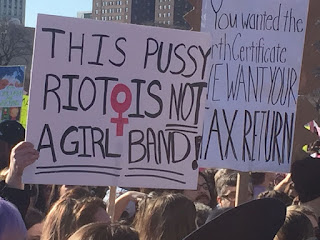 Besides a foreign hand in American affairs, the concerns articulated the threat to the democratic ideals of a diverse America: 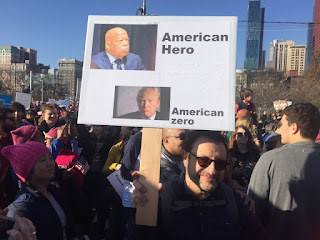 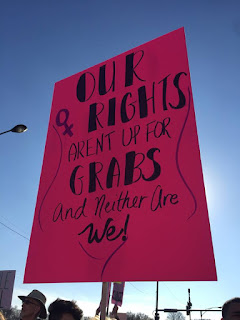 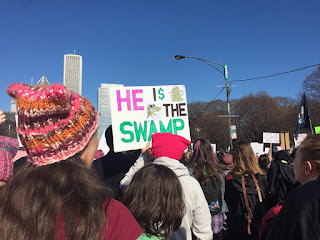 Slogans from the campaign were reworked as epigrams about the threat to women's bodies: 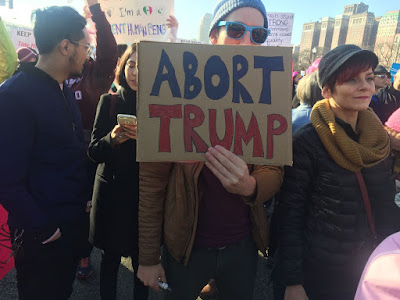 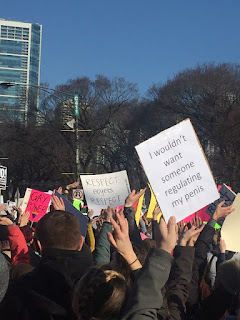 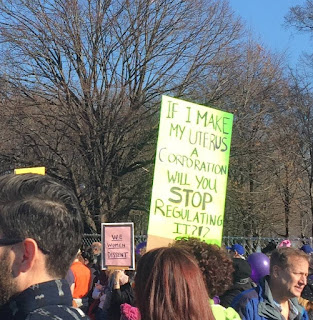 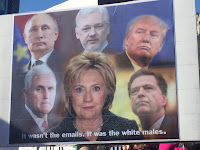 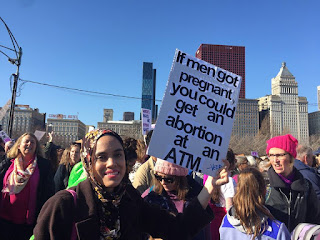