The days of reliable editors in publishing houses and magazines are long gone. Although many of them are still excellent, the changes in English teaching here in Great Britain over the decades have taken their toll. I notice far more mistakes in professionally-published books than I ever did forty years ago. And if you’re considering the self-publishing route, you need to be your own editor which is very hard work. Always remember that writing is about communicating; if you cannot express yourself adequately, without waffling, you won’t achieve the impact you want.
In the commercial world, word-count is very important. Magazines have specific slots to fill, and children’s books may be part of a series with a house style that doesn’t vary. Competitions will have a maximum word-lengths for short stories, and if you run over you’ll be disqualified.
It is always possible to cut, even if it doesn’t feel like it. Honestly.
For the first pass, look at ways of eliminating repetitions, condensing what you say, and cutting out unnecessary adjectives and adverbs. It’s surprising how much you can get rid of this way.
For the second pass, look at the order in which you present information. Would it be more economical to do it another way? Do you have any superfluous characters? If they’re necessary for furthering the plot, can you combine two of them? Do you really need that scene – what does it achieve? Try justifying each sentence to yourself out loud, and asking yourself whether it furthers the plot, develops the characters, and illustrates the theme. Not every scene can do all these things, but it’s something to aim for. 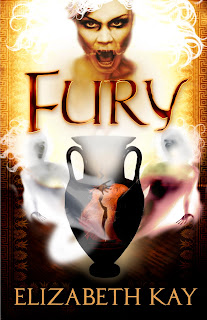 The third pass is the most difficult, and really applies to longer pieces such as books or plays. This is when you still need to get rid of a lot of words, and you have to decide to get rid of a plot thread. It’s a bit like unravelling knitting – when you knit it back together, you must remember to pick up all the stitches. I know I’ve read plenty of books when I suddenly think – whatever happened to X? It’s almost certainly because the book has been edited, and a plot thread hadn’t been extracted all the way back. Now that we have word processors, and search facilities that can hunt out such things it’s much easier to do than previously.
Sometimes it seems as though you’ve edited out important moments to ensure the piece doesn’t over-run. This kind of thing is an integral part of being a professional writer. I have often been required to drastically cut a manuscript – usually because I’ve decided to aim it at a different target. My book for reluctant readers, Fury, 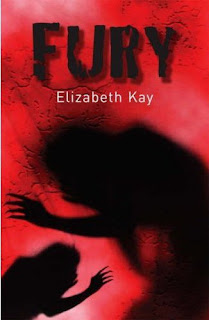 was originally a full-length book for adults and started life at 75,000 words. My agent suggested that, as the main protagonist was a teenage girl, I should cut it to 40,000 and aim it at a different market. When this didn’t sell we re-thought it once more, aimed it at reluctant readers and cut it to 9,000, whereupon it was published by Barrington Stoke. I realized that as the main protagonist was a teenager, it might work better for a younger age-group, so it went from 70,000 words to 40,000. This didn’t work as well as I’d hoped, and my agent suggested I cut it still further for a different readership. So it went down to 9,000 words, and was published by Barrington Stoke. Now that it’s out of print I’ve re-done it for the Kindle, and this time I can illustrate it myself. It also means re-doing the cover, of course, so that I don’t infringe the copyright of the original cover designer.  So now there's the UK cover, the American one, and my Kindle version. 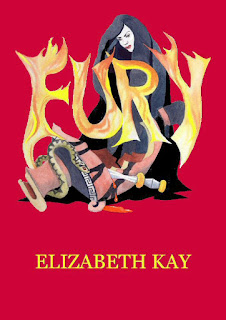 The whole process of doing such a drastic edit was really interesting. You start by getting rid of everything that isn’t vital, and you condense wherever you can. But that’s not enough for a cut this drastic, so plotlines have to go as well. It’s rather like trying to unpick a piece of knitting or embroidery. If you don’t follow the thread all the way back to the beginning you’re left with a question – what happened to the man in the top hat? Where did the horse go? What was the result of the drought? I think we’ve all read books where something has gone unanswered, and neither the writer nor the editor has spotted the problem. It’s an easy error to commit, but it may stop the suspension of disbelief because it’s reminding the reader that this story is a fabrication – it only ever happened in the mind of the writer, not real life.

Don’t be afraid of cutting. All things are possible!

Bill Kirton said…
Wise advice, Elizabeth. One of my 3 main bits of advice to writers is Cut, cut, cut. (The other 2 are read your work aloud and trust your own voice. I agree, too, about the increased frequency of typos in mainstream works - even Wolf Hall.
17 August 2017 at 08:58

Umberto Tosi said…
You've laid out the editor's long game with perfect clarity! I'm saving this one for the next eager young editorial assistant I hire. High-level editing like you so describe is an underappreciated art that renders prose sparkling and robust without leaving a scar. I've spent many years as an editor working with some fine writers, but I still feel inadequate editing my own stuff. Better if I call for help. Thank you.
18 August 2017 at 08:24