By Lynne Garner - August 08, 2017
Last month I wrote about how I like to get the ‘facts’ right in my stories when it comes to animal behaviour. This month I wanted to share how I also like to weave nuggets into my stories that were once considered fact but have now been disproved. 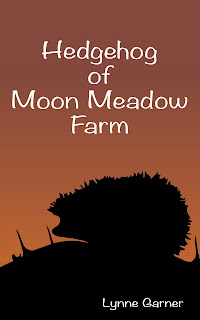 For example, I’m working on another collection of stories featuring the animals of Moon Meadow Farm. One of the stories concerns Hedgehog and a young swallow. Because I’m a bit of a geek when it comes to hedgehogs I’m already aware of the many facts once believed by our ancestors. Perhaps my favourite was written by Albertus Magnus (1200 – 1280):

"The hedgehog, which lives in its lair in the ground, indicates when storms of wind are coming. It makes three or four exits to its lair or dwelling and when it senses that the wind is going to blow from a certain direction, it closes the corresponding hole…………"

This is one of the facts I’ve not included in the new short story collection I’m working on (which will be 10 short stories featuring Fox of Moon Meadow Farm). However, two facts I recently discovered I will be including. The first concerns the swallow and where our ancestors believed they disappeared to during the winter. Prior to the secret of migration being unraveled it was believed swallows spent the winter hibernating, buried in the mud of ponds and lakes. Today we know they fly thousands of miles to spend those months in the sun.

Another fact I came across whilst researching for a story that features Fox was how foxes deal with fleas. Many old texts and stories detail how Foxes and other members of the dog family walk into a river backwards in a bid to dislodge parasites. However, it would appear this fact may not be fiction because I came across this gem:

By an old hunter and naturalist of local repute a story has been told here confirming as absolutely true and trustworthy the published account, which has had few believers until now, of how foxes rid themselves of fleas. The fox, according to the book narrative, backs slowly into a stream of water with a portion of the pelt of a rabbit in his mouth, after the fox has made a meal of the rabbit. The water drives the fleas first up the fox's legs and then towards his head and finally out on the piece of rabbit fur, and then the fox drops the fur, and his pests are done for. The local hunter and naturalist referred to, strange to say, had never heard or read of this story when he told of the actions of the fox which he observed in the waters of the Patapsco river. The little animal, he stated, backed into the river slowly with so much deliberation that he wondered what it meant. It carried something - he did not know what - in its mouth, and dropped the something when out in deep water. Then the fox hurried away. The object left floated near to the observer, and he hauled it ashore with a stick. Fleas literally swarmed through the object, which was found to be a bit of raw rabbit fur. The observer had a puzzling mystery explained to him. He says his admiration for the shrewdness of the fox grows more and more as he grows older and learns his ways.
Baltimore Sun (December 1900)

This I will be including in my story, it's just too good not to.

So, to close this post I wondered if you have any favourite wildlife based facts believed by our ancestors. If you have please feel free to share below. You never know I may just use it in one of my short stories (I will credit you).

Now for a blatant plug: Anansi The Trickster Spider - a collection of 16 short stories featuring this fun but mischievous character.

Umberto Tosi said…
Such assiduous research makes stories compelling even to those who would not know if you got your facts straight or not, I believe. It can tough for writers to keep up with science which by its nature continually updates best available data and theories. Thank you for this informative post - and hedgehog lore I find fascinating
8 August 2017 at 10:53

I'm a total hedgehog geek and have read copious amounts about them. Even getting, when possible the translations from Medieval manuscripts and bestiary.

Stephen Fry said something along the lines once on the QI programme that facts only have a five year shelf life, until they are proved to be wrong.
8 August 2017 at 15:01

Anonymous said…
Or in Stephen Fry's case, no shelf life at all, given his confident (and much admired by the QI panelists) assertion that a kangaroo wasnt a mammal, it was a marsupial. Er...!
I love your idea of using ancient beliefs in your stories. There's a fabulous mosaic in the roman villa at Piazza Armarina in Sicily that shows a tiger being captured by the technique of showing him his own reflection in a mirror. The idea that this stuns the tiger into submission also appears in mediaeval bestiaries, extraordinary how it persisted.
And your fox flea story is just brilliant. Clever Mr Fox.
8 August 2017 at 23:32