By glitter noir - February 12, 2018
Hey, no kidding. Listen up! My own Great White was out there-- online invisibility-- waiting to devour my next book like the twelve before. But I'd grown extra-protective, you see; the new book was so different from all of rest. And I'd pledged my life to save it-- when the Great White finally surfaced after showing its dorsal for years. And it surfaced more than once. 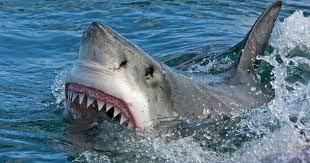 First, my cover artist declined to work on the new book, citing her 'moral objections'. The title included the last name of an actor she didn't approve of. Neither did I but the actor, who doesn't appear in the book, sells a giant stick that does. Next, I learned that I'd been dropped from an April radio interview that would have helped market the book. And the path to blurbs for life support was paved in equal parts with Yays, Nays and silent snubs.

I'd started to wonder if I should jump ship. But then I heard Chief Brody's cry, followed by the captain's roar to start getting rid of all ballast, including all worries and negative thoughts.

This took some doing but, at last, I had the learn vessel required: 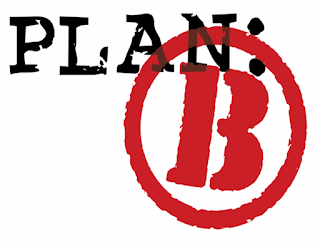 1) A spin-off series from my Boss MacTavin series: a lighter shade of Noir starring the diminutive DB. 5'4" but tall on 'tude. A pleasant treat, I hoped, for those who've surfeited on Reacher and the many sons of Jack.

2) A cool series hook. I'd changed the intended title from The Big Seagal to The Big Bopper. Not because of moral objection above, but because I'd improved on the stick. And the new title refers to my star's nickname, not the former weapon. The series itself will list, on Amazon, under Seattle BOP, the name of a Seattle branch office.

3) A strong bridge between the Boss MacTavin mysteries and the new spin-off series. New readers will find a brief Boss primer at the start of each spin-off entry. Furthermore, Boss appears in half of this first entry. Holf

4) A completely legitimate way of countering past dearth of reviews. This tack costs both time and money, but it beats the alternatives of begging help from anyone...or feeding more books to the shark.

5) A new production team. Just as I'm exploring the market, I have a new cover designer and a new formatter at Hold Fast Press.

6) A new look to signal the bold and bright new direction.

The Big Bopper comes your way in March, both as an ebook and a print edition. It's for all sizes, including the tall ones still able to think small. Want something totally different? Try this. 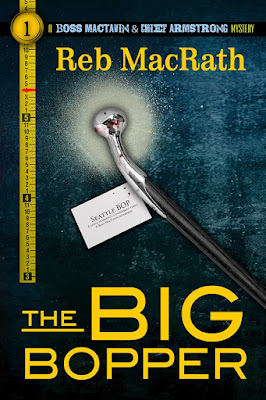