The Geography of Words - Guest Post by Jacey Bedford

Writing science fiction and fantasy often involves worldbuilding. Sometimes we take a concept, strip it right down to basics and invent a planet where the sea is pink, the sky is upside down and the dominant life form has seven tentacles and inhabits arid polar regions which have daytime temperatures of 60 Centigrade. Our hero is a brave tardigrade with a serious Walter Mitty complex and its love interest is a tri-gendered cephalopod with stunning bioluminescence that screams, 'Come and get me, baby!' 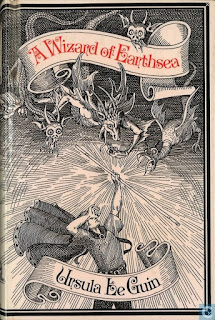 We might set our fantasy on this earth, in this century (much urban fantasy occupied this niche) or we might use a medievaloid setting which is recognisably British or European, or—increasingly popular—a non-European setting in Africa, Asia or the Far East.

Even when writing a second-world fantasy like (say) A Wizard of Earthsea, the laws of physics are recognisable as our own and the land—mountains, rivers, lakes, valleys, deserts, oceans--looks as though it was formed in much the same way as our mountains, rivers lakes etc. were formed. That means it's a world with wind and weather, continental drift, vulcanicity, recurring ice ages etc. All of that may be completely incidental to the actual story, of course, but it gives us a setting we can grok, deep inside.

But how do we decide on a setting, and how do we build a world? 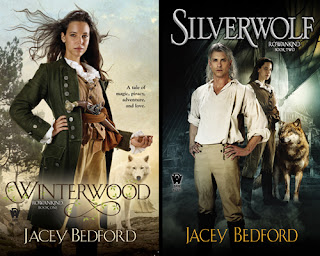 If we're going to base it on part of this world that we know, it helps to have a jumping off point Though you might never need to explain this in your book, you should know it. My Rowankind trilogy opens in 1800, in a world like ours but with an undertow of magic. Some things are the same. King George is bonkers, Britain is at war with Napoleonic France. America has won its freedom. The industrial revolution is in its early years with steam engines used for pumping water out of mines, but not yet used to power locomotives.

But where does the magic come from? Has it always been there? Yes, it has, but for the last two hundred years it's been strictly controlled by the Mysterium. Why? It all stems from the time of the Spanish Armada in 1588. Something happened to bring knowledge of magic and its possibilities to Good Queen Bess, and her spymaster, Sir Francis Walsingham. If I told you exactly what you wouldn't need to read the first book of the Rowankind, Winterwood, and I hope you do.

Two hundred years after the formation of the Mysterium, only licensed witches are allowed to perform small magics from carefully controlled spell books. Enter Ross (Rossalinde) Tremayne, my cross-dressing female privateer captain. Ross would gladly have registered as a witch when she turned eighteen, as the law said, but she was busy eloping instead. Now, seven years later, she's a widow, and she's captain of the Heart of Oak, accompanied by the jealous ghost of her late husband and a crew of barely-reformed pirates. When she pays a deathbed visit to her estranged mother she receives a task she doesn't want and a half brother she didn't know she had. And then there's that damned annoying wolf shapechanger, Corwen. (Don't call him a werewolf, he gets very annoyed, because he's NOT moon-called!)

Ross and Corwen's story moves forward in Silverwolf and the worldbuilding widens. A race of magical people, the Rowankind, have been freed from bondage and their talents for wind and weather magic have the potential to change Britain's developing industrial revolution. Why would we need steam engines, when the Rowankind can lift water from the depths of a mine by magic? That's almost incidental to Ross and Corwen's personal story, but I have to consider how something like that could change future history. It echoes through Silverwolf and the final book in the trilogy, Rowankind, due from DAW in November 2018. 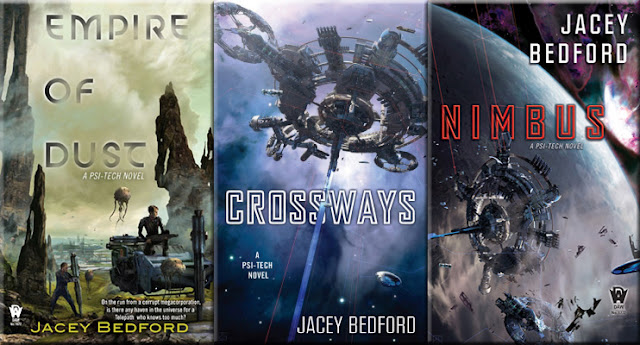 My Psi-Tech trilogy, Empire of Dust, Crossways and Nimbus, all published by DAW, is set five hundred years in the future when megacorporations more powerful than any single planet have raced across the galaaxy to gobble up planets suitable for colonisation. Their agents are psi-techs, humans implanted with telepath technology. These elites are looked after from cradle to grave, until—that is—they step out of line. Cara is a rogue telepath fleeing Alphacorp, Ben is a Trust company man through and through, until the Trust tries to kill him. Why? It's all about money and resources. Cara takes refuge with Ben on his colony mission, thinking she can keep her head down for a few years until Alphacorp has stopped hunting her, but trouble comes looking for both of them.

Travel across the galaxy is only possible via jump gates, but jump-gate technology has one flaw. With every jump through foldspace a small but significant amount of platinum (a vital catalyst) is lost. To keep the jump gate system open more and more platinum is needed. Platinum isn't uncommon in the galaxy, but it's found in tiny quantities and the refining process is slow. Fact: all the platinum refined so far on earth would not fill an Olympic swimming pool to more than the depth of twelve inches. So when a colony that Ben is setting up happens to be on a planet discovered to be rich in platinum, the Trust will stop at nothing to get its grasping hands on the bounty. And if that means destroying the colony and all of Ben's psi-tech team, so be it.

So in my psi-tech universe, I'm not so much worldbuilding as building multiple worlds linked by a network of jump gates. I'm also building enhanced humans who might, on the whim of their company, be sent for neural reconditioning to adjust their attitude—and that's not good. But despite the wetware implants, they're still human, gloriously, awkwardly so. 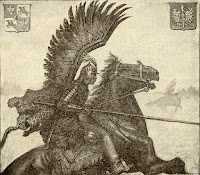 So what am I working on right now? The Amber Crown is a standalone fantasy set in the mid 1600s in a place not unlike the Baltic States with a few significant differences. There's magic and political intrigue, a cast of diverse characters and a missing queen. Worldbuilding for this has been interesting. I've done a lot of research on costume, food and customs. I've discovered some delightfully bonkers facts like the existence of the Polish Winged Hussars, who rode into battle with huge wings strapped on to their backs, and for more than a century were the best cavalry in all of Europe. Three thousand Polish Winged Hussars broke the might of the Ottoman army at the Siege of Vienna in 1683. That's a gift to a writer. Thank you, history. 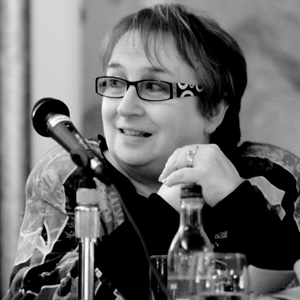 Jacey's a great advocate of critique groups and is the secretary of the Milford SF Writers' Conference, an intensive peer-to-peer week of critique and discussion held every September in North Wales. (http://www.milfordSF.co.uk)

She lives in an old stone house on the edge of Yorkshire's Pennine Hills with her songwriter husband and a long-haired, black German Shepherd (a dog not an actual shepherd from Germany). She's been a librarian, a postmistress, a rag-doll maker and a folk singer with the vocal harmony trio, Artisan. Her claim to fame is that she once sang live on BBC Radio 4 accompanied by the Doctor (Who?) playing spoons.

You can keep up with Jacey in several different ways:

Fascinating, as a writer of historical murder mysteries I never thought of using history this way. I may just take a foray into reading fantasy.

I'm bowled over by the sheer range of your imagination and use of history - forwards, backwards, sideways, slipping in and out of the fantastical.... I mean, those Poles! Seriously, wings? I have visions of hordes of Hawkmen blazing through the sky led by Brian Blessed as King Vultan.
And I LOVE the idea of your heroine being accompanied by the jealous ghost of her dead husband.

Thanks, griseldaheppel. Yes, indeed the Polish Winged Hussars could certainly have given Brian Blessed a run for his money. I went to see a reenactment troupe recently (in Leeds UK) and even the reenactors are seriously bonkers. Well worth seeing if you ever get the chance. Take a look here: https://www.realmofhistory.com/2018/02/14/15-facts-polish-winged-hussars/ and here: https://en.wikipedia.org/wiki/Polish_hussars. In fact, just google and yopu'll find a ton of images.

pure love. Thanks for this.

Thank you, Jacey. I write fantasy (and occasional sf) so can identify with your world building, though sometimes I cheat and use ancient historical backgrounds.