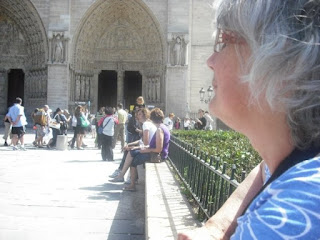 Yesterday my son travelled on a bus. I can't remember when he last did this. It must have been over a year ago, before he started working from home. His trip, across town to collect things from his old place of work before he started a new job, was the subject of a disproportionate amount of discussion between us beforehand. His first thought was that he would walk all the way there and back, but as the route would involve going up quite a steep hill and down the other side (and return) I tried to talk him into getting a taxi at least one way. He was reluctant to do that but at last decided to risk getting the bus. On his way back, another family member happened to see him waiting for the bus and gave him a lift home. As soon as he told me this, I began to work out whether there had been any risk attached to that option. Happily, the risk seemed minimal as the other family member had been fully vaccinated and they both wore masks.

We have both avoided risk almost entirely by staying at home for long spells during the last year. I can clearly recall the last time I travelled by bus, in the middle of last March. It was when I went to see the movie 'Emma.' (the 2020 one - highly recommended by the way) at the Vue Omni cinema. I even remember myself standing waiting to go in, wondering if I could catch Covid 19 from holding on to the hand-rail just beside me, and looking out at the rain that was pouring down outside and recalling the year of Chernobyl when we were afraid the rain was radioactive. I wasn't so bothered by sitting too near to anyone else in the cinema, because it was an afternoon screening and the audience instinctively socially distanced themselves without even being told to do so! That's Edinburgh for you.

Fortunately I tend to be quite an anxious person and have learned to compensate for it over the years by making meticulous plans, often including a plan A, a plan B and so on until I run out of contingencies to worry about / plan for. My late husband could never quite understand this. 'Why do you always assume things are going to go wrong?' he said once, plaintively, as we talked about a holiday we hoped to go on. Maybe that's a male thing, or possibly just him. After all, as I was reminded by one of his friends when we collecting reminiscences to use at his funeral, he had hitchhiked round Europe, including the Balkans, on more than one occasion and almost been shot, I think on the Bulgarian border. So I suppose he had learned from experience not to worry about things when you couldn't predict everything that might happen.

But in the past months we've all had to work out how much risk we're willing to take - not so much during the spells of almost complete lockdown, but when things have been relaxing a bit. Although I am happy in most cases to abide by the rules, and since I retired I don't even have to think about whether and when I would be prepared to return to work in an office alongside other people, I also like to make my own assessment of the risks. As far as I'm concerned that's part of the planning process, especially for activities that involve any kind of travelling. I love planning journeys, the more complicated the better. The calculation of risk that goes with that just comes naturally to me now, and helps me to relax more easily when I get to the point of actually going anywhere. I just wish I thought it was worthwhile planning a journey right now!

Instead I'm writing to a target of 30,000 words this month for Camp NaNoWriMo - finishing one novel and starting another. An alternative to real life travel, and fortunately, as I'm resistant to planning when it comes to writing, with almost no risk attached.

Wendy H. Jones said…
Great post. I agree we are all doing some form of risk assessment in our heads every time we go out now. I wonder if the feeling will ever go?
5 April 2021 at 12:14

Peter Leyland said…
I like this Cecilia. I don't take many risks apart from standing in front of 30 children for much of my life. I think the safest way to live the exciting life is through reading novels which can take you anywhere. Keep on writing them for us all.
5 April 2021 at 14:09

Griselda Heppel said…
All I can say is, I wish you were running the covid response from the outset! Someone who revels in calm, clear-eyed planning, looking at all possible risks and outcomes and providing for them, above all assuming things will go wrong and what to do then - if writing wasn't your vocation, I would put the strongest possible pressure on you to go where strategic thinking is urgently needed.

I spent some of the first lockdown reading Samuel Pepys's diary - no, I never got to 1665, funnily enough - and what shines through his accounts of his days at the Navy Board was his sheer enjoyment of (and brilliance at) administration, of getting to the heart of the problems of procurement, inefficiency, corruption, ship design etc. We need a few more people like him around now. Just one would do.

And now you are already well into your 30,000 word target for something I always thought took place in November. Now that's what I call forward planning.
5 April 2021 at 15:55

Cecilia Peartree said…
Thanks all for your comments.
I'm actually quite glad not to be running the covid response, Griselda!
I am a big fan of Samuel Pepys though.
5 April 2021 at 20:30

Eden Baylee said…
Sorry to be late Cecilia,
Great post. Risk is something we all assess for ourselves normally, but in light of Covid, our decisions affect others too -- such a difficult concept for some people to grasp and maybe a reason we are still in this mess. :(

I think you've limited your risks and will still come up creative and successful!