A Ramble around Anaesthetics, by Elizabeth Kay

There’s nothing quite like having a procedure you haven’t had for over forty years to make you realise how different things are today from what you once knew. This may even determine whether you set your book in the present or the past!

Going to the dentist as a child was the ultimate horror experience. I don’t remember ever having an injection – although cocaine was involved somewhere along the line, so to speak. A filling was a lengthy and painful procedure. What you did get for a tooth extraction was a general anaesthetic through a mask. I don’t remember anyone other than the dentist being present for this, but I do remember having weird dreams, one of which consisted of a series of treble clefs doing some sort of circular dance. I liked general anaesthetics, which came in pretty handy in later life when they didn’t frighten me in the slightest. A few months ago I had a broken molar removed, and this was done with the aid of several injections. The extraction didn’t hurt at all, which astonished me. The last time I had an extraction was when I had all four wisdom teeth removed in hospital. My husband was away, and I was left on my own with two children to look after. No one told me I would only be able to eat and drink through a straw, and a post-operative information sheet was unheard of. Nor had I been aware, until I was going out of the door on my way home, that I shouldn’t be left on my own for 24 hours. My teenage daughter was in a rebellious frame of mind, and when I told her she couldn’t go out that evening she retreated to her room, slammed the door, and I didn’t see her again until the following day.

When I was seven I broke my arm. It’s clear that anaesthesia for children erred on the side of extreme caution, because I came round halfway through and sat up in order to burp. I can still remember the shocked faces of the theatre staff, and the sudden application of the mask over my face once more. “It smells like the sea,” I was told, which it didn’t in the slightest, but adults often told you things that were completely untrue so I took that with the customary pinch of salt.

I have had a number of different operations over the years. My reactions on coming round have been varied and interesting. I must have been rather thirsty after a D&C, as I remember calling for “A magnum of champagne!” After my most serious procedure, a AAA repair, I concentrated on making sure I could still wiggle my toes. Having done so, and reassured the nursing staff I was still compos mentis because my toes were still functioning, I went straight back to sleep. My husband had to have sedation recently for a dental procedure, because he has a severe gag reflex. He was so distressed once he was under that I was allowed to sit in the surgery with him and hold his hand. A mathematician, the only thing he said throughout was when he suddenly announced, as though he had found the Holy Grail: “It’s a dodecahedron!” The dentist looked at me and said, “What did he say?” I told her, and the incident has become one of those stories that has spread far and wide amongst the local dental community…

These days, you get an injection to knock you out before the mask descends, and you count backwards for as long as you can. We can all stay relatively up to date with operating theatres and their ambience by watching medical dramas, although most operations are what my surgeon described as “boringly routine” which, after all, is exactly what you want. The haemorrhages and defibrillators are not the norm, and nor are surgeons going into labour or knife-wielding relatives bursting through the doors yelling, “Is he going to be all right?”

States of semi-consciousness and coma are staple fare in fiction. Making sure you get the details right is really important, but those details can be out of date six months later. Just look at the way treatment for Covid changed over the space of eighteen months. I have been working on and off on a book with a central character who wakes up after an eleven year coma (artificially protracted for plot reasons). When you set something slightly in the future you can take liberties, but not too many as it interferes with the suspension of disbelief. You can research as much as you like, but personal experience – or talking to someone who has undergone the same thing – is invaluable. For my coma patient, I had to have artificial feeding, so I gave her a PEG – percutaneous endoscopic gastroscopy tube. And then, just over a year ago, an old friend had to have the same thing. There were so many aspects I thought I knew that turned out to be wrong. The one thing I have learned, though, is that anyone fed in this way is having the perfect balance of nutrition, and may look better than they have for ages, depending on what precipitated the need for the PEG in the first place. Several feeds each day is the norm, as a stomach can only hold so much, but feeds don’t take as long as actually eating a meal.

Striking a balance between how much information you give, and what is necessary for the plot, is really important. Info dumps are a real turn-off, and so is mansplaining, a delightful new word which is totally self-explanatory. So go easy on the technicalities of tortoise sex, it’s only important if one character bashes the other over the head with one. 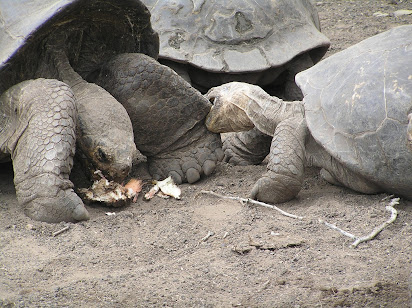 Ruth Leigh said…
I loved this, Elizabeth! Your husband shouting out the names of shapes made me laugh out loud. I too remember the dreaded black rubber mask when I was six and having my adenoids out. And the dentist. Terrifying! It's so much better these days.
17 July 2021 at 08:24

Cecilia Peartree said…
I love the dodecahedron story. I think some people are afraid of saying something embarrassing while under anaesthetic but that is just puzzling!
I always like to make people shudder by saying I had my hip replaced a couple of years ago under local anaesthetic. It was great - I was bantering with the nurse in the recovery room about writing murder mysteries almost as soon as I left the theatre.
(I think whatever local anaesthetic they gave me must have had Valium or something in it as I don't remember a thing about the actual operation, which is exactly what they said would be the case)
17 July 2021 at 17:02

Peter Leyland said…
Just had root canal treatment when I read this Elizabeth. It took an hour, was incredibly expensive but it will save the tooth - and at the end the injection had worn off and I had a cup of coffee.
18 July 2021 at 12:36