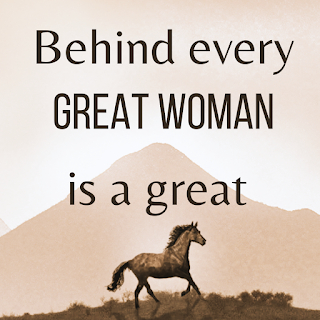 Mention fiction about Genghis Khan, and you're probably thinking fierce Mongolian horseman, bloodthirsty battles, and books for boys along the lines of Conn Iggulden's acclaimed 'Conqueror' series. But that would only be half the story. The saying "behind every great man there is a great woman" is as true of the Mongol people who roamed the steppe in Genghis Khan's time, as has so often been proved true throughout history. So where are all the books about these great women?

In September, author Starr Z Davies launches a brand new saga starting with the powerful story of Mandukhai, blood of Genghis Khan, forced into marriage with a man she does not love in an attempt to restore the Khan's great empire, which has fractured during the 200 years following his death. But when she falls passionately in love with one of her husband's young warriors, how long can her head rule her heart? For adult readers.

Genghis Khan took several wives, according to the custom of his people. But his first and most important wife was his beloved Borte, betrothed to the boy Temujin when he was just 10 years old. My own Legend of Genghis Khan trilogy (previously published by Greystones Press as a single volume Bone Music) includes a novella from Borte's point of view, which combines the magic of shamanism with history and is suitable for young adult readers.

And younger readers don't need to miss out! Diane Lee Wilson won the American Library Association Award for her lyrical novel about Oyuna, who disguises herself as a boy when the Khan's soldiers come to her village seeking horses and warriors so that she can stay with her beloved horse of 'milk white jade'. The khan in this story is Kublai Khan, one of Genghis Khan's descendants, but the story is very much Oyuna's and her horse. Suitable for readers aged 9+.

If non fiction is more your sort of thing, recent Richard and Judy Book Club selection Rough Magic is Lara Prior-Palmer's account of becoming the youngest competitor to win the Mongol Derby: an annual 1000km race across the Mongolian steppe, riding 25 half-wild ponies supplied by the herders. Lara is the niece of Olympic event rider Lucinda Prior-Palmer, and was just 19 when she entered the race. This book is part endurance horse race, part Mongolian travel guide, and part poetic musings on the adventure of a lifetime. For readers of all ages.

Katherine Roberts writes fantasy and historical fiction for younger readers. Her latest book is The Horse Who Would Be Emperor, about the mad Roman Emperor Caligula's famous racehorse Incitatus, who ate gold for breakfast and attended the Senate.

Find out more at www.katherineroberts.co.uk