Tattoo or not to by Kirsten Bett 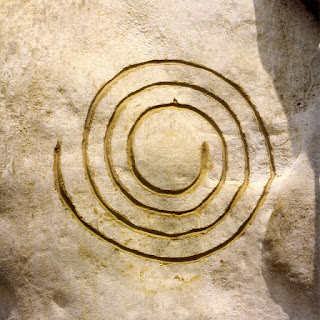 Image by Gerhard Lipold from Pixabay.

Ever since Crime Reporter Peter R. de Vries was killed in Amsterdam, I have been thinking about the meaning of tattoos, and if I should get one. My main reason for not having a tattoo is my fear of needles. I only started giving blood in my forties after a good friend in the Netherlands had been diagnosed with leukaemia. Living in New Zealand at the time, I was guttered I could do so little to help so I decided to go give blood. In theory that blood could have gone to people with leukaemia over there.

But I do love tats and all the mystery and history behind them. Peter R de Vries had an impressive one: 'On bended knee is no way to be free.' He lived by this conviction and refused police protection. He was a super hero, standing by the loved ones of murder victims and often getting cold cases back into the spotlight, and solved.

It is very sad that Peter R de Vries is dead. His family posted a death notice for him filling a newspaper page. The top lines started with the words on his tattoo. I hope the family could take strength from those words. He was was one of a kind and will be sorely missed.

After seeing a news item on lasered tattoos last week, I am still not getting a tattoo. But I am still wondering what I would have used for a tattoo. I think would have to be the spiral. I have always loved this symbol, from the first time I set eyes on it. I used to always doodle spirals before I moved on to cats, who often still get spirals on their fur. 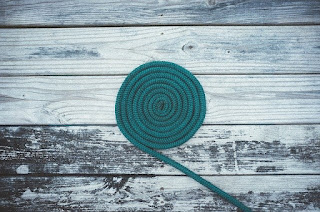 Image by Free-Photos from Pixabay

I like the energy that radiates from the symbol, so much can be said about it. For me it represents constant renewal, growth, moving, and learning. I have read online that it can also mean rebirth, and that it has existed since time began. Now I am writing so often, I also see how it could symbolise the developing of a book, or you as a writer.

What do you think? Do you feel a strong connection with certain symbols? Did you get a tattoo?
Please let me know.

About the author
Kirsten Bett is writing her first book  My name is Wilma, a personal fiction book from the point of view from her cat Wilma. Wilma emigrated to New Zealand with Kirsten, Wim and their other cat Sailor in 2007. In 2017 they settled in the Netherlands again, but this time not in the busy west. They chose to live in Leeuwarden, Friesland in the north of the Netherlands.
Kirsten writes a blog Pondering Paws about places, characters and places in the book. She also posts blogs about her other love, poetry.

Griselda Heppel said…
Full marks for finding a new way to pun on the Hamlet speech! I have to admit it took me a while to work it out (I am very tired).

Agree spirals are intriguing. There's something mystical about them - which is why you can't go walking in Ibiza without falling over great examples made out of beautiful smooth stones by happy, mystical hippy types. But when it comes to tattoos.... brr no, count me out. Not for any squeamishness but why disfigure the natural beauty of skin? I've never been able to understand why anyone would do something voluntarily to their body that can never be undone. (Lady Macbeth would back me up there.)
29 July 2021 at 19:54

Kirsten Bett said…
Hi Griselda, The pun was totally unintentional, also probably because of tiredness. I want to go to Ibiza now!
31 July 2021 at 09:18