Louise Penny - A Writer for other Writers to Envy 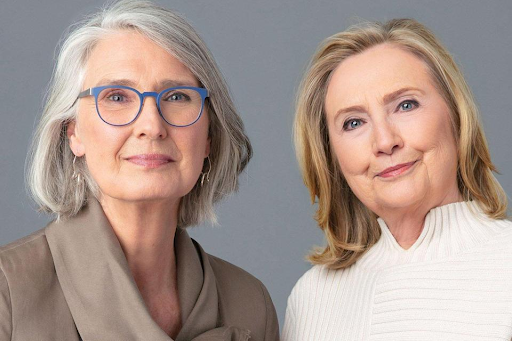 We all have to have someone to professionally envy and at the moment my green-eyed stare is boring into Louise Penny.

Louise is a wildly successful Canadian writer of mystery and detective novels, which is enough to make her an object of envy for many other writers on its own, but she has now raised good fortune to a whole other level.

All readers of this blog know that writing good books is only half the battle in this profession, you also have to deploy some skillful marketing, and/or enjoy an enormous slice of good luck, if you want to bring that writing to the attention of large audiences.

Louise has had the good fortune – or networking skills – to be approached by Hillary Clinton, who, inspired by her husband’s fruitful collaboration with James Patterson, wanted to write a novel but knew she would need help from someone who had the necessary skills to keep readers turning the pages.

I have not met either of them, but I am willing to guess that this project was good fun for Louise. I suspect she had a pretty free rein with the writing and that her partner inundated her with interesting background material, and character insights with which to build the main protagonist. I doubt if the former Secretary of State and Presidential Candidate interfered much with the writing process, (although it is of course entirely possibly that her political and legal advisers made right nuisances of themselves).

Louise’s latest detective book, The Madness of Crowds came out in the UK in August, followed two months later by State of Terror with the Clinton collaboration. Both books have been well-received by readers and I particularly liked the fact that a similar image has been rephrased to appear in the first chapters of both, leading me to think that we are getting real Louise Penny quality in both products. In The Madness of Crowds she writes, “their hair standing on end, as though they’d had either a great fright or a spectacularly good idea” and in State of Terror, “making it (her hair) stand straight up, as though she’s had a scare or a very good idea”.

Louise Penny, I therefore surmise, is a class act.

Peter Leyland said…
As a long time teacher of detective fiction Andrew I have come across the name. Perhaps now is the time to act.
27 October 2021 at 11:05

Sarah said…
I am a big fan of Louise Penny's novels. Her characters are wonderful. I wish I could visit the book shop and take my purchases over to the Bistro in Three Pines to sit by the fire to read, but it's a bit like Midsomer with too many murders happening in a small location and I don't want to be next!
29 October 2021 at 13:11