I love writing workshops. I’ve learned so much from them and now I’m running my own (flash fiction, the ups and downs of being a writer etc). I like workshops which give me plenty to think about and  exercises I can polish up at home. I want to be “doing” as well as listening. Knowing what I like has helped me tailor my workshops. 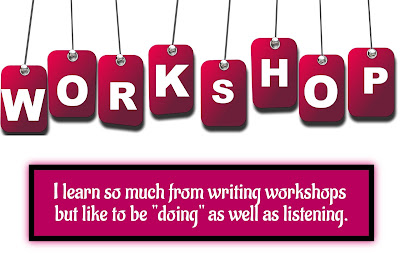 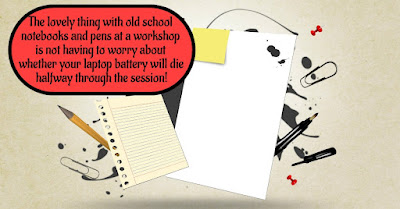 Okay, there is a dilemma to be faced with pen and paper. Just which notebook will I use? Which pen to go with it? Is there any writer who doesn’t have a surfeit of notebooks and pens? When I worked in Winchester many moons ago, I avoided going past Paperchase. You have to know your triggers, right? My bank account was grateful I knew mine! 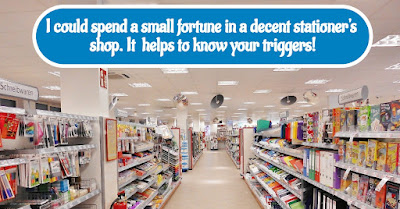 I also learned a while ago there is no such thing as a stupid question at a workshop. Whatever you think of to ask your tutor, someone else in that workshop is likely to be wondering about the same point.

I occasionally read out a flash story and break down how I wrote it. I also encourage those coming to my workshops to read out a piece they’ve created during the session. The lovely thing with this is the story doesn’t have to be perfect. Everyone knows this is a first draft. Nobody is going to judge you. 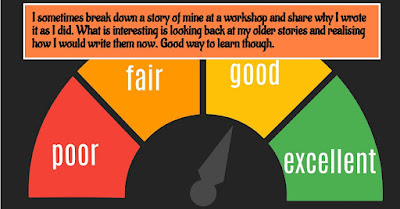 They will simply be interested to listen to what you came up with in the time available. Shakespeare didn’t write a perfect first draft. Neither did Dickens. Guess what? Neither will we! On realizing this for myself, it gave me confidence to share the results of writing exercises I was set by someone else. 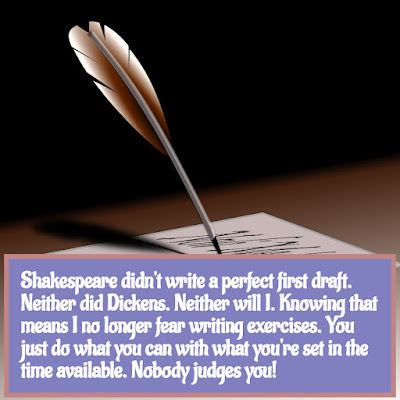 Once one person shares something of what they’ve written, others will join in. Often you can then get useful discussions going and that’s when the workshop really does become interactive. I’ve not been to a workshop yet where I haven’t learned something useful, (even if it is some time later before I use the information), and I usually learn more than expected from when discussions take off.

The last year or so has been strange. Zoom has been a lifeline. I’ve liked the use of it for workshops and, ironically, that has led to me being asked to do more, including in person events. All to the good! 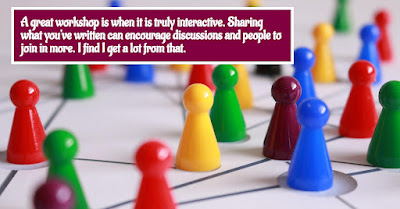 Griselda Heppel said…
I love the sound of your workshops - especially the non-judgy bit. It's scary reading out work you've only just written, which of course is bound to be Not Very Good. I did this at a workshop years ago, only to be asked by another student if I was writing pastiche? As I wasn't - which he well knew, the rotter - this was a pretty damning comment. Needless to say, no one else read out their work that session! Your workshops sound much more productive.
18 June 2022 at 19:42

Allison Symes said…
Many thanks for your kind comments, Grisdela. Hmmm... there is no way that student was producing work of genius on a first draft so that shows arrogance/a complete lack of self-awareness on their part. Am always wary of people like that! Am not surprised nobody else wanted to read work out after that.

I've never seen the point about being negative about other people's work. Some of it I will love; some of it simply won't be for me and that's all fine. But to be so damning... it's a pity the tutor didn't ask them to read their work out directly after yours! Most writers don't judge others - we all need support.
19 June 2022 at 15:39