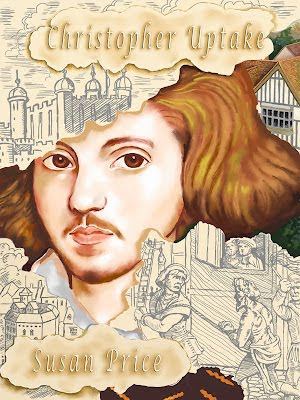 Linda Newbery has returned, somewhat jeg-lagged but happy, from the school visit of a lifetime – two weeks in Thailand. She visited five international schools in Bangkok and Chiang Mai, and had free days for exploring both cities. At the various schools she spoke to audiences of all ages, from kindergarten to sixth form and adults, and while staying with one of her hosts found herself chasing around the countryside in pursuit of escaped water-buffalo – definitely a first.

Writers Sheridan Winn, Mark Chisnell and John A A Logan joined us this month.

Two of our bloggers stirred it up a bit this month by telling it how it is! –
John Logan told us just how hard it is for writers these days: http://authorselectric.blogspot.co.uk/2012/03/story-of-survival-of-thomas-ford-by.html
And Roz Morris spoke out for independent, self-publishing authors: http://authorselectric.blogspot.co.uk/2012/03/stand-up-for-good-self-publishers-by.html
Roz has had over 50 comments! She also had some terrific reviews for her novel My Memories of a Future Life including this at Awfully Big Reviews http://awfullybigreviews.blogspot.co.uk/2012/03/my-memories-of-future-life-reviewed-by.html and this from Amazon top 1000 reviewer Jon P Bloch http://www.amazon.com/review/R1Q2GSHXTKJXYR/ .
Her writing book, Nail Your Novel http://www.amazon.com/Nail-Your-Novel-Writers-Confidence/dp/146108136X/, has been picked to be offered as a prize on the fiction blog Multi-Story http://multi-story.co.uk/index.html and My Memories of a Future Life will be their indie book of the month for April.

Susan Price published Christopher Uptake
‘Merry England’, during the reign of Good Queen Bess, was a police state. It was a crime to miss attendance at the state church on Sunday, and a crime to hear a Catholic mass. It was a crime to be ‘a free thinker’.
Christopher Uptake, a young playwright, is an atheist. Living and writing in the crowded city, he thinks it has escaped notice that he never attends church – until the red-haired man appears at his door and gives him a choice: spy on your friends or be tortured and executed.
From then on, Chris plays a desperate game, trying to spare his friends yet save his own life…
Susan Price is the acclaimed author of many novels and collections of short stories.
Amazon link: http://www.amazon.co.uk/Christopher-Uptake-ebook/dp/B007GDUSPG/ref=sr_1_1?s=digital-text&ie=UTF8&qid=1330799068&sr=1-1

In February, we told you about Jason Hunt’s appeal for Birmingham Children’s Hospital. He’s trying to raise money for their new cardiac unit.
The link to the post is: http://authorselectric.blogspot.com/2012/02/electrical-giving-jason-hunt.html
Brum’s Children’s Hospital sees over 225,000 sick children, from all over the UK, every year, and 10,000 children a year in their cardiac unit alone. One in every hundred children is born with a congenital heart problem, and the hospital needs to replace worn and outdated equipment and – as their reputation grows and demand for their service rises – they need to build a second cardiac theatre.
Jason’s ‘JustGive’ page is here - http://www.justgiving.com/BCH2012

Susan Price is interviewed by Armadillo on-line magazine about her books, e-publishing and Authors Electric: http://sites.google.com/site/armadillomagazine/interviews1#susan

The indie ebook review site continues to fly the flag for great indie books at http://indieebookreview.wordpress.com/

March was a busy month in Oxford. Dennis and Dan both spoke to the Society of Young Publishers about ebooks. Dan ran the third Not the Oxford Literary Festival, with two nights featuring around 40 local and leading national figures in the independent writing and publishing scene, including Orna Ross launching the Alliance of Independent Authors, award-winning short story writer Tania Hershman, and performers from Oxford, Brighton, Southampton, Bristol, London and Manchester, not to mention Dennis.

On the poetry front, Dan Holloway won the March Hammer and Tongue poetry slam in Oxford and will compete in June 10th’s final. In April he will be performing at the launch of the new edition of Ash on the 26th, Oxford University Poetry Society’s magazine and is running the official fringe at Chipping Norton Literary Festival on the 21st.

Linda Newbery said…
Congratulations on the poetry prize, Dan, and good luck for the final!
1 April 2012 at 15:00