(My) Validation as a Writer - Debbie Bennett 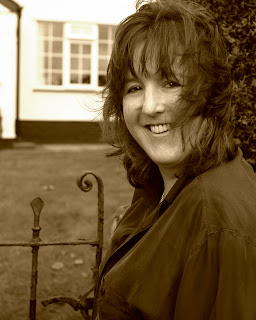 As writers, we all need a certain amount of validation (well I do, anyway) – from our peers, our readers, agents and editors, maybe. Before ebooks, the conversation at a party might have gone like this:

What do you do? I’m a writer.
Really? Have you had anything published? No, not yet, but I’m working on it.

The conversation drifts onto other topics as the questioner smiles sympathetically. After all, if Celebrity X can write a novel and be published, it can’t be that hard, can it? And we are living in Celebrity X’s world, where lives turn on a tabloid exposé and sleeping with the right person can be a serious career choice. So the questioner reasons that the poor writer probably just isn’t very good.

And that’s the thing. Publishers don’t necessarily want “good”. They want sales. They are in business to make money, and they make money by selling whatever the public will buy. Being good is an added bonus, the icing on the literary cake. If the public want widgets, then giving them thingamajigs – even the best thingamajigs in the world – is not going to make them part with their hard earned cash. Whether the public do indeed want widgets, or whether they'd buy thingamajigs by the million, if they only knew of their existence, is another issue altogether and worthy of a blog post all its own.

So being traditionally published does not automatically equate to being good. Of course there is a vast number of good and even great novels out there, with many, many more  that still represent value for money and can take you away from real life for a few hours. And as a writer, you have far more chance of being traditionally published if you have written a good novel – but if you are an unknown author with no “platform”, then these days it had better be a stonkingly good novel. It happens. There are some fantastic debut novels still being published, written by authors who haven’t been on reality tv, had unfeasible surgery or slept with the whole of Manchester United. And don’t forget that good is often subjective. My idea of a great read on a cold winter evening might equate to your idea of how to make your eyeballs bleed with boredom. And vice versa. But that’s what gives us our market to aim for as writers (and why we should never be upset with bad reviews – it only means you’ve reached outside of your market and that can only be a good thing).

But what of indie writers who choose not to approach a traditional publisher? Or who have written books that appeal to such a niche market that no big publisher is ever going to make enough of a profit from them. Publishers are far more risk-averse in today’s market and less likely to take a chance. Subbing to agents may be a good route initially – an agent will read your query and if he/she likes it, ask to see more. They may well ask to see the full manuscript. That’s validation – you have something. If you’re lucky, you’ll get feedback of some sort. No agent is going to say they love it if it sucks (they’re not your partner/sister/therapist and they have no vested interest in keeping you happy or even sane). If they like it and think they can sell it, they might offer to represent you. It’s then up to you whether you want to follow this route or whether to cut and run – publish yourself with the knowledge that industry insiders think it’s good enough.

To me, this kind of validation is important. I don't think I'd ever have had the self-belief that my writing was "good enough" if I hadn't first had an agent. Sadly, she couldn't sell my work (apparently I fall into the niche market category), but after many discussions over coffee in her posh London office, she did at least give me the confidence to strike out on my own.

And reader validation? I received an email from an unknown reader saying how much she loved my book. I emailed back thanking her, and then saw her 5* review on amazon where she mentioned that the author of this great book had replied to her within minutes of her email . I don't know whose day was better - hers or mine! 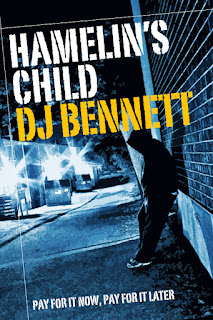