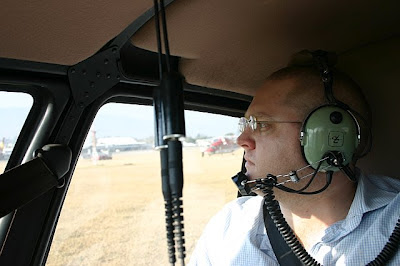 Yesterday was a very important day for me.  My wife and I celebrated our one year anniversary yesterday.  Anniversaries are typically a day where you celebrate fidelity, staying together, and renew your vow to stay together in the future.

When it comes to writing, however, I have not been that faithful to my genre.  Sometimes writers like to write the same type of book over and over – always YA books, always non-fiction, or always thrillers.  There is some logic behind it since it is easier to develop the fifth like-styled book than it is the first because you have experience with it. 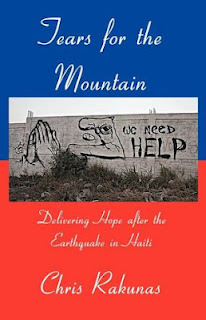 But for me, I have found that I have so many different stories to tell that I cannot stay within one genre.  My first book, Tears for the Mountain, is a non-fiction about a medical mission trip to Haiti following the deadly earthquake there.  The story follows the delivery of 20,000 pounds of medical supplies to hospitals damaged in the earthquake, and along the way the team faces gangs of roving bandits, heartbreaking stories of survival, and even deals with a notorious Haitian warlord It has been the subject of a CBS news report, which was very helpful since a portion of the proceeds from the book go to the orphanage in Port-au-Prince where the team worked.

Writing the book was a great enjoyment for me, and at the book signings I’ve done in Los Angeles, New Orleans, and out in Florida, I have really enjoyed speaking with readers about it.  But when it came time to write my second book, I did not have another non-fiction story that grabbed me in the same way. Tears for the Mountain was such an intensely powerful story that I did not want to write another non-fiction unless I could find an equally compelling topic.

Instead, I found myself months later standing at the base of the Temple of the 7 Dolls in Dzibilchaltun, Mexico, and a fast-paced action story was running through my mind.  It is a Mayan temple, so we were all discussing the 2012 end–of-the-world prophecy that some people believe in, and I couldn’t stop thinking about it for the rest of our trip.  The idea seemed like a great one to me, tying together elements of Mayan architecture and culture to weave a story about murder, love, and redemption that had the plausibility of a non-fiction, but was completely fictional.

I felt a little guilty at first, wanting to write a story that was so different from my first book. Would my readers be happy with the switch, or would I be losing my audience?  Did they want to see more non-fiction, or would this be interesting for them?

What I realized is that you have to be faithful to yourself when it comes to writing.  If there is a story you want to tell, then you need to tell it, regardless of what other people think.  If your passion starts out to be writing about vampires but then you want to write about cooking, there is nothing wrong with making that switch.  The fans that you have, the audience you bring with you is interested in both your stories and the way that you tell them.

When you want to write, the purpose is not to stick with the same plot lines, or tell the same stories over and over that you’ve already heard.  The purpose is to tell something new and fresh and exciting, a story that readers want to read.  If the best way to accomplish that is to switch things up, then so much the better.

In life, it’s ok to try new things: new foods, visiting new places, playing new games.  I find that writing in new styles brings the same sense of excitement and vigor.  So while last night was a day to celebrate something that has remained constant in my life, writing does not have to be.

Chris Rakunas is the author of two books, Tears for the Mountain and The 8th Doll.  Both are available in Kindle and Nook, as well as in paperback.  You can follow him here on Facebook to get updates about his upcoming book, The Eye of Siam.

Kathleen Jones said…
You're right, it's much easier for a publisher to market you and for readers to recognise you as a 'brand' if you always write the same type of book. I never have and it's been tricky - publishers wanted me to use pseudonyms for different genres, which means you have to fight for a new audience every time. And in the end everyone knows who you are anyway! Now I just write as me and being an 'indie' author means I can do what i like!
Happy Anniversary!
30 October 2012 at 13:30

Dan Holloway said…
happy anniversary, and yes, the freedom to switch how and when you please is one of the fabulousnesses of self-publishing
31 October 2012 at 10:19