The need for substance 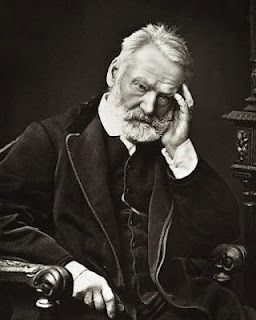 Recently, my excellent (indie) publisher, Diane Nelson, with great reluctance, had to wind up the company and so I decided to bite the bullet and republish all my books myself. With help from Diane and Sessha Batto, who designed the covers, I spent a few days formatting the manuscripts for republication on Kindle and as paperbacks through CreateSpace.

While I’d still rather be with a publisher who knows what she’s doing and was a great supporter of her authors, I couldn’t help thinking how great it was that, unlike in the old days, not having a publisher was no bar to getting the books out there on the shelves, virtual and real. Ebooks are liberating.

On the other hand, while I get a lot of pleasure both writing and reading them, my residual romanticism would still like there to be some aspect of them that had actual substance. I’m a sucker, for example, for signed copies. Whenever I visit , I always try to make sure I walk past and dawdle in front of a wonderful shop in the rue Bonaparte which leads from the gardens down to the . It sells, among other antiquey things, ‘autographes’ which means letters, signed editions and other documents written by people such as Louis XIII, the Empress Josephine, Flaubert, Zola, Montesquieu, Sartre and others. They’re only bits of paper, but they carry so much more than the ink on them. They still have traces of the reality of these long dead people.

It’s a feeling I experienced very intensely when I was researching my PhD. My subject was the theatre of Victor Hugo. All I was doing was analysing the texts, looking for themes, the author’s obsessions, any sub-textual clues they gave about him, his time and literary/theatrical stuff. So there was no need for me to look at his original manuscripts; I could do it all from the excellent editions in the library. But I went to the Bibliothèque Nationale in and was given access to two of the plays.

So there I was, in that wonderful whispering library silence, slowly turning pages that Hugo himself had touched and on which he’d written 2 of his many masterpieces. And, even though my intention had been to do some research, it didn’t happen. I was making little sense of the words or the crossings out and corrections, I was just suspended in some timeless moment, sharing space with him, looking at, touching and breathing in the atmosphere of this object which linked me directly with him, on which his fingers had rested as they made these marks with the pen –  I was sharing not in any academic, hypothetical way, but in reality. The object was an extension of Victor Hugo.

On another visit to (I never tire of the city), I went to the Hugo museum in the Place des and felt an equally intense link with him there. He’s a bit out of favour at the moment so his astonishing output, life, and the many stories and adventures he lived through aren’t as well-known. One was a particularly tragic event. His favourite child was his daughter, Léopoldine. In 1843, at the age of 19, she married Charles Vacquerie. A few months later, while holidaying in Villequier, on the , they were in a boat which capsized. Léopoldine was dragged down by her heavy skirts. Her husband tried to save her but they both drowned. And, to make it worse, Hugo was holidaying in the south of with his mistress and learned the news from reading it in a newspaper.

He was devastated, consumed with guilt but, time after time through the rest of his life, he wrote some magnificent poems about her. I knew all this and, with young daughters myself, had felt the frisson of how terrible it must have been.

And there, in the Musée Victor Hugo, is Léopoldine’s wedding dress.

When our ebook words leave us, they may carry our thoughts and ideas to others, but they leave behind our substance.
autographes paris research victor hugo

julia jones said…
Wonderful post, so enjoyed your evocation of the library and the thrill of tangibility. Poor Leopoldine ... poor Victor ...
7 October 2012 at 08:11

Kathleen Jones said…
Lovely post Bill. As a biographer I've had some wonderful moments in libraries reading letters and notebooks belonging to my subjects and experienced the feelings you describe. to touch something they have touched .... There's a real connection across the centuries.
7 October 2012 at 20:04

Bill Kirton said…
Thanks Julia and Kathleen. Yes, it's that business of 'across the centuries' that's central to the experience. Manuscripts are time machines.
8 October 2012 at 10:38

Enid Richemont said…
Loved reading this post. We lived in Paris for two years, but haven't been back for far too long (you might enjoy reading my Paris-based Y/A novel, For Maritsa with Love - out of print, but will in turn become an ebook). What a tragic story about Victor Hugo - I never knew.
8 October 2012 at 17:50

Myra Duffy said…
A most thoughtful post,Bill. Something to make us pause and reflect.

Bill Kirton said…
Thanks Enid and Myra. I like all things connected with Paris. I was lucky enough to spend a year there as a student. Everyone should visit.
9 October 2012 at 15:03