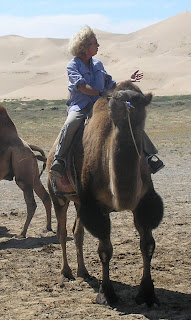 My first trip abroad was when I was fourteen. My father hadn’t been back to Poland since he’d been deported to Siberia twenty-five years previously, so it was an emotional journey. The iron curtain was a border few people crossed in the sixties. I can remember it all so clearly; the queues of people we could see from the train when we passed through Berlin, waiting to cross from east to west for Christmas. The soldiers carrying sub-machine guns on the trams in Krakow, the strange and wonderful food, the horse-drawn sleighs that acted as taxis in Zakopane. Seeing real mountains for the first time. It was the sort of experience destined to have a permanent effect on me, and from then on foreign travel was an obsessive goal.

During my student days I hitch-hiked round Europe, getting as far as Istanbul and meeting interesting people, getting in and out of sticky situations, and becoming more and more hooked on other cultures, climates, scenery, wildlife. It’s only since my kids have grown up and gone that I’ve had the time and the money to pursue my addiction – the gathering of exotic material for my writing. 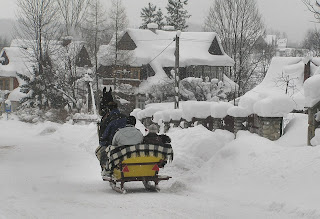 I re-use everything. The continental divide in the cloud forest of Costa Rica gave me the central idea for the Divide Trilogy, and I went to Iceland to research the setting for the final book in the series. My trips to Kenya, Zambia and the Ivory Coast led to a reluctant reader book about elephant poaching. A meeting with a feisty eleven-year-old girl in Mongolia presented me with a wonderful character for another children’s book. 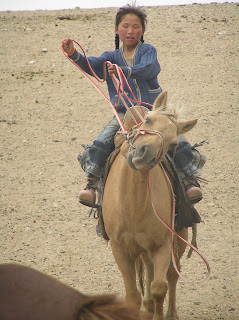 I never know what I’m going to find – but the more far-flung the place is the better. It’s not just our plant and animal diversity that’s in trouble, it’s all those cultural heritages as well. Airports, coffee shops and jeans are the same the world over. When you’re creating a fictional character it’s their differences that are important, not the things that are common to everyone else. The same is true of fictional places.

I’ve only just climbed on the Kindle bandwagon – well, I was thrown onto it really, by a publisher who accepted a book, and then decided not to publish any more adult fiction.  Beware of Men with Moustaches is set in an imaginary ex-Soviet state, which is an amalgamation of my experiences in Poland, Ukraine, the Czech Republic and Bulgaria. Four British poets accept an invitation to make a cultural visit to a little-known country and find themselves in very foreign territory, with both hilarious and disturbing results. It’s a place where people have more to worry about than whether or not their next poetry collection is going to be published. 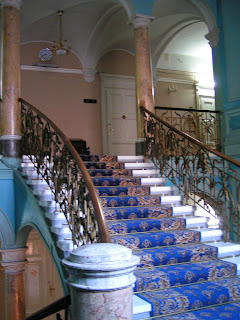 A great deal of the action is based on genuine events. I really did go to Ukraine on a cultural visit, and experienced many of the situations described in the book. It all came about thanks to a wonderful and eccentric poet by the name of Vera Rich (re-used as the cyclops Turpsik in Back to the Divide) My father had been at university in L’viv, and I’d always wanted to visit. Vera was the foremost translator of Shevchenko, the national poet of Ukraine, and she had contacts at the university. She died a couple of years ago, aged seventy-three, and is very much missed. A group of us went over and did a number of readings, and returned the following year for a conference. The hotel at which the fictional characters stayed was based on the ЖOРЖ – The George! It really was quite extraordinary, and I felt as though I’d been air-lifted there straight out of a book by Tolstoy. Writing from real experience is so different from researching something on the web, which is predominantly visual, with maybe a bit of sound here and there. You’re so much more aware when you’re somewhere new; you take in everything. When I look at the photo of the main staircase in the George, I remember the smell of coffee (L’viv is famous for it), the taste of caviar from breakfast, the feel of that smooth wooden banister. Who knows what hands had slid along it in days gone by?

There are quite a few places I haven’t used yet. A visit to the Angel Falls in Venezuela was memorable for the light plane that took us to Canaima, the nearest town, and landed on the road rather than the runway as there were fewer potholes. Sri Lanka, for the incomparable festival of Perahera, with its hundreds of elephants decorated with lights, and its outstanding curries. The Galapagos, and the sea lions that kipped on the seats on the promenade. Finland, watching baby brown bears shinning up trees from a hide near the Russian border. Madagascar, and everyone going down with salmonella… no, maybe not that one...

So what other places are on my list? I’d like to go to Komodo, and see the dragons for myself. Papua New Guinea, for the birds of paradise. Canada, for the polar bears. Despite the fact that I went to art school and I ought to give galleries a priority, I feel far more drawn to wilderness. The few places where mobile phones don’t get a signal, and internet access isn’t available. They’re becoming fewer and fewer. I think the wake-up call for me was being able to access my emails in the jungle in Borneo. How does anyone get lost these days? How do we isolate our characters, in order to put them in danger? We have to make sure they’ve dropped their smart phones down a well, or had their iPads nicked. Otherwise it’s historical fiction, or fantasy. Travel broadens the mind; can the same really be said for the internet?
Posted by Debbie Bennett at 05:00

Loved this, Liz. Thanks - and Liz will be blogging for us every month from March onwards.

Great post, and boats still work for isolation, Liz, so long as you break the radio and satphone and keep them far enough offshore!


Fascinating post, Liz. Much as I love modern technology and comforts, I also love wild places. I write futuristic, so have things like sunspots and alien activity to stop my characters' signals for help from getting though! :)

Have your characters visit New Zealand. Large stretches with feeble or no signal.

Wonderful. This post made me want to reach for my old traveling shoes. You know, I'm doing just that as a I type.

That was lovely, Liz. It's good to know what the origin of The Divide was. And Beware of Men with Moustaches sounds wonderfu. I shall get it: I reckon it's my sort of book. Guido, your new Zealand advice is spot on, though it has other attractions besides feeble signals!

Good to see you here, Liz! Good luck with the Kindle book.

As for those pesky mobile signals, I just zap them with a bit of magic...

i want to thank Dr ALuta for bringing back my ex husband, we broke up for more than 4 month and he told me that he never want to see me in his life again. i love him so much to the extend that i could not do any thing again, i was confused and depress due to the love i had for him.i did everything i could do to have him come back to me but all went in vain. so i decided to contact a spell caster, i did not believe in spell casting i just want to try it may be it would work out for me. i contacted dr Aluta for help, he told me that he have to cast a love spell on him, i told him to it. after 5 days my called me and started to apologize for leaving me and also he told me that he still love me. i was very happy and i thank dr aluta for helping get back my ex husband back to my hands. his spell is the the greatest all over the world, it was the love spell he cast on my ex that make him come back to me. all you ladies who want back the ex husband back i want you to contact Dr Aluta at the following email address and get all your problem solve..No problem is too big for him to solve..Contact him direct at traditionalspellhospital@gmail.com and get your problems solve

My name is Mary Isidra am from USA. i want to use this opportunity to thank my great doctor who really made my life a pleasurable one today. This great man DR.Abu Fatima brought my husband back to me, i had three lovely kids for my husband, about four years ago i and my husband has been into one quarrel or the other until he finally left me for one lady. i felt my life was over and my kids thought they would never see their father again. i tried to be strong just for the kids but i could not control the pains that torments my heart, my heart was filled with sorrows and pains because i was really in love with my husband. Every day and night i think of him and always wish he would come back to me, until one day i met a good friend of mine that was also in a situation like me but her problem was her ex-boyfriend who she had an unwanted pregnancy for and he refused to take responsibility and dumped her. she told me that mine was a small case and that i should not worry about it at all, so i asked her what was the solution to my problems and she gave me this great man email address. i was doubting if this man was the solution, so i contacted this great man and he told me what to do and i deed them all, he told me to wait for just two day and that my husband will come crawling on his kneels just for forgiveness so i faithfully deed what this great man asked me to do and for sure after two days i heard a knock on the door, in a great surprise i saw him on his kneels and i was speechless, when he saw me, all he did was crying and asking me for forgiveness, from that day, all the pains and sorrows in my heart flew away,since then i and my husband and our lovely kids are happy.that's why i want to say a big thank you to DR.Abu Fatima spiritual temple. This great man made me to understand that there is no problem on earth that has no solution so please if you know that you have this same problem or any problem that is similar, i will advise you to come straight to this great man. you can email him at:abufatima77powerspellcaster@gmail.com