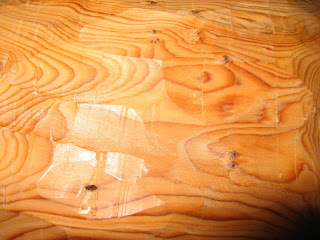 What does it mean to be ‘in the zone’. You usually hear it from sportsmen such as golfers, who are either grateful that God has taken time out to accompany them on a round and make sure all their putts drop, or have succeeded because they’ve been ‘in the zone’ (hereinafter ITZ). To me, it simply means that you’re focusing on (and presumably enjoying) something so much that you don’t notice the passage of time, you’re unaware of your own self, your identity, your surroundings, or anything other than whatever the activity demands.

I’m writing about it because a couple of recent experiences have reminded me of how exhilarating it is. One was a life drawing class. I’m rubbish at it but merely having to focus on minute, specific details and try to reproduce them on paper seems to switch off everything else in the brain. The other was some wood carving. I’m better at that because I’ve been doing it for several years, having started when I was researching The Figurehead, my novel about a figurehead carver in 19th century .

Anyway, I was carving a bird and, after concentrating on trying to get the basic shapes of its eyes, beak and claws right, I suddenly realised that four hours had passed and it was time to rejoin reality and remember who I was/am. During that time, the only thoughts in my head involved which gouge to use, how much I needed to slice away to get the angles right, how the pale wood revealed by the cuts contrasted with the darker (dirtier) wood I was cutting into and so on and so on. With most activities, even enjoyable ones, the mind now and then wanders away into thoughts of a job that needs doing, ideas for stories, daydreams, anticipations and memories. There seem to be different bits of the brain throwing their preoccupations or delights into the mix. But, these ITZ moments seem to tell all those other bits of brain to shut up and let whoever’s doing whatever it is get on with it.

People cleverer than I am would now segue into the nature of Zen, and I can see the attraction of training the mind to experience that sort of oneness as often as possible. But all I feel is curiosity. It’s the total loss of self-awareness that’s so surprising. If the gouge slips and I cut my hand or lop off the claw I’ve just fashioned so carefully, I’m suddenly me again and I remember that this is a pretty frequent occurrence during carving sessions. But I stop the bleeding, put on the elastoplast (or start trying to remake the claw), and, pretty soon, it’s just the wood and what’s happening to it that takes over again.

On the infrequent occasions when I’ve wondered about this, I’ve assumed that it’s the pleasure we take in the experience that makes it so special – but here’s a paradox. The focus is so intense that you don’t even know you’re having a good time. The enjoyment is retrospective. You stop, notice that four hours (or whatever) have passed and then you feel the contentment. There’s a gap between sensation and perception.

Because writing is my job nowadays, most of my ITZ moments are connected with it. It almost never happens when I’m writing something commercial or non-fiction, but when I get into a novel, short story, flash fiction, it’s a familiar experience. It doesn’t happen so much during the research phase, but once the characters have started taking over, I’m so curious about them and their world that my own ceases to exist. The choice of words and the order in which I put them seems to be part of the fabric of whatever these people or creatures are doing and although, objectively, I know I’m the one who’s writing them, the ‘me’ isn’t there. I mean, how can I write of a scene near harbour in the days of sailing ships when I’m sitting here at the computer with a mobile phone in my pocket with more computing power than the Apollo mooncraft?

Don’t get me wrong – I’m absolutely NOT trumpeting my own talent, I’m saying that this thing happens and I’ve no idea how. Or why for that matter. It’s a type of controlled oblivion. I sneakily suspect that all these ITZ moments are so valuable because they give us the impression that we’re in control, we’re actually shaping experience and making sense of it. It’s a familiar delusion – you get it from carving wood, writing, painting, making music, playing golf, sailing and no doubt hundreds of other things with which I’m not familiar.

I only wish I could be aware of the pleasure it’s giving me as I’m doing it rather than only in the moments when I stop. But that’s just me being greedy. 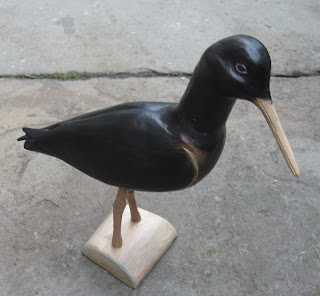 PS. For Madwippit's eyes only. The bird in question is now sitting on a table (or probably stuffed in the bottom of a dark cupboard) at my sister's house in Plymouth but here's one I made earlier.
Bill Kirton Ebooks sport the zone

Kathleen Jones said…
It's the feeling I get when I'm immersed in a really good book, Bill. The fire brigade could dash through the room and I wouldn't notice!
7 July 2013 at 01:16

Sue Purkiss said…
I think you describe the feeling of being 'ITZ'really well, Bill. I've done a bit of wood carving too, and I think perhaps the feeling's more intense with that than with the writing - perhaps because your hands are involved more as well as your head? And also because the chisels are sharp!
7 July 2013 at 08:13

Bill Kirton said…
Kathleen, yes reading does it for me, too. The only problem is that, when I'm reading to review, I have to try to maintain a critical distance. Still enjoyable but not that total immersion.

Sue, as Lee says, that's an interesting angle. It's not just routine hand-eye co-ordination so it makes greater demands.

Nick Green said…
This makes me think of a super-creepy episode in a Paul Auster book (the title eludes me). But it features a writer, and in one scene he goes off to his study to write all evening.

Later his wife remarks, 'I looked in on you to see if you wanted a cup of coffee, but you weren't there. Did you go out for a walk?'

Catherine Czerkawska said…
Missed this fascinating post till now, Bill! Alan does that with his carving - or did, when he was carving. And I know exactly what you mean about writing - I feel just the same. People often ask me about writing dialogue - it's something I find almost impossible to 'teach' - essentially because I just listen to what the characters are saying and write it down. But I'm part of the conversation too. 'Flow' is the Holy Grail for video game designers too - Charlie wrote about it here http://guerillatea.com/site/?p=1338
9 July 2013 at 23:01