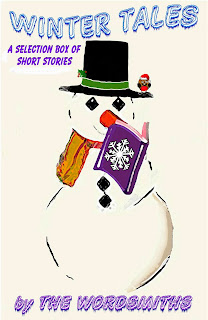 It's been a busy few weeks with the emphasis being on anthologies and short stories.

Belonging to the Coventry Writers Group and running my own creative writing class, Focus on Fiction, which meets every Monday evening, both groups have put together anthologies of short stories and both have been launched this week.

I'm excited about both, but I have to admit that I'm really excited about the Focus on Fiction anthology, Winter Tales as the majority of my eight students have never seen their work in print. And their enthusiasm in getting this book together has been fantastic.

I got to know this group of novice writers at the beginning of the year when I started running a new creative writing course. The course was supposed to last just six weeks, but something clicked and my band of eight didn't want the course to end, and so it's continued throughout the year.

A couple of months ago I set them an exercise to write a wintery/Christmas short story. The idea was for us to have an evening of readings nearer to Christmas. However their stories were too good not to share, so this led to us considered putting them together in an anthology and producing it as an ebook.

Everyone was so enthusiastic, and so one of our Monday evening sessions focused on the subject of 'making an ebook' which was another first for all of them.

As well as the stories that have gone into Winter Tales, we've gathered a few other writing bits and pieces, such as class exercises and homework snippets and added them in as flash fiction and musings.

We also needed to give ourselves a name, so after bandying a few ideas around, we came up with The Wordsmiths. The title of the anthology was another subject for debate, and we came up with all kinds of weird and wonderful titles before hitting on the very simple Winter Tales.

Putting the whole thing together has been a really worthwhile joint venture - and a good learning curve, as they have been proof reading their own stories as well as other people's - all good practice as they've looked at the fine detail and really thought hard about their own stories - making every word count. 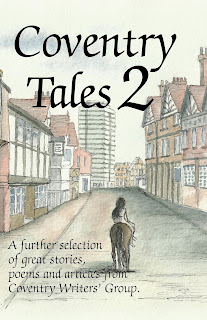 My other anthology adventure this week, is with the Coventry Writers' Group who I've been with for 30 odd years! (Help!) We've just launched our second anthology, Coventry Tales 2 – I wonder if you can guess what the first one was called.

One of our members runs Greenstream Publishing, and so we have been very fortunate in getting a print on demand anthology produced as well as an ebook. Waterstones are stocking it, and allowed us to do a book signing on Saturday; and then we had a launch party on Tuesday evening at our main library, with readings, an audience and wine and nibbles.

I've no idea if either of the books are going to sell, but fingers crossed we'll have one or two downloads. And anyway, it's been fun, it's great practice and contributing to an anthology is a great boost for anyone who hasn't been published in their own right.

As I write Winter Tales hasn't yet gone live on Amazon, so I can't include the link, but hopefully it will be out there very soon.

12 days to Christmas!
And the Authors Electric Christmas Book Sale!
Starting on Christmas Day and running until the 28th,
Find out which books and where here on Christmas Day, the 26th, 27th and 28th 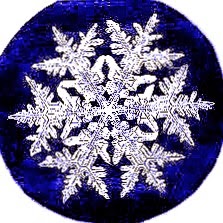 Unknown said…
The wordsmiths. Great name for a group. And your post is heartening in so many ways. Especially in the using of epublishing to get people 'doing it for themselves' because they can, without the anticipation of selling millions/becoming famous. That's not what it's all about (or shouldn't be) for most people. The opportunity to share creative communication is what it's about. Nice to see a focus away from the angst of 'professionalism' and allowing everyone to play in the sandbox! Big world. Room for everyone. Thanks for the poat Ann.
13 December 2013 at 07:49

madwippitt said…
What Cally said! And thrilling for a writer to know they WILL get published!
14 December 2013 at 07:49