By Nicky - December 29, 2014
So as the fridge slowly empties of cling-film covered leftovers stored on ever smaller  plates, the Christmas tree sheds pine needles onto the carpet in ever increasing quantities and the waistband on my jeans grows ever tighter, thoughts inevitably turn to the New Year and resolutions. These  cold turkey-filled twixmas days  are a good time for indigestion and introspection, not to mention chocolate comas, Netflix binges and that ever popular, post gift-giving game of ‘hunt the receipt.’

I am a fan of new resolutions. ‘Drink less wine’ is always up there along with ‘write every day’ and ‘keep on top of the laundry pile'. Such resolutions are always doomed, but 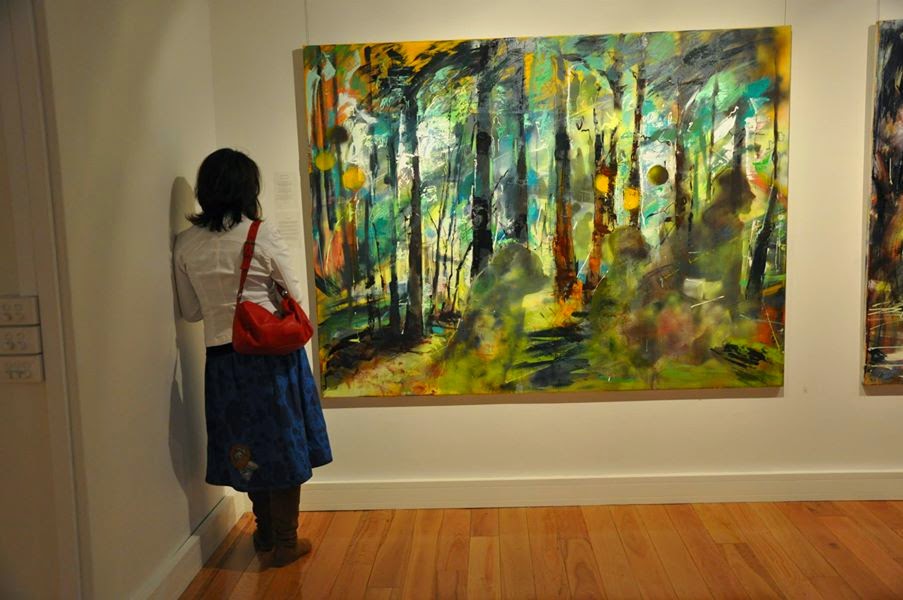 last New Year was a little different. For a start my whole family were in Australia visiting my sister. Nothing is quite the same when it’s 40 degrees at Christmas, not even resolutions. Sunshine changes everything and in a spirit of sun-drenched optimism rather than the more  usual chilly self loathing, we sat round a long trestle table and each of us came up with the one thing we hoped to achieve in 2014.


I suppose it was more an ambition than a resolution but either way I remember that mine was met with a certain amount of scepticism and derision. This was not entirely unexpected because I said I wanted to get some poetry published. There was scepticism because I had only just started writing poetry and derision because, as everyone knows poetry does not keep the wolf from the door and for me, as for most writers, the wolf is permanently camped on my doorstep.  I don’t actually know why I said it, but I did and it certainly made a change from my usual lengthy list of guilt ridden pledges.

Back in the UK, I inevitably forgot my ambitions and it must have been late August/September when my sister mentioned that she had told her gallery her next show would be accompanied by my poetry. Obviously I panicked: I am still a beginner poet and my sister is a well established and highly respected painter. The paintings themselves were and are amazing: brilliant and haunting and bursting with story-stuff. As a novelist I could come up with endless stories, but poetry? I drew a blank for quite a while. I told my sister I couldn’t do it and then, of course, I sort of did it.

I didn’t succeed in creating poems that did justice to her images, but I did manage to write a series of poems that reflected on them. I won’t claim that they were good (I am still a novice, apprentice poet) however they were displayed next to her canvasses for the duration of the exhibition. Inspired, I subsequently managed to place a couple of poems with a literary magazine. I could not be in Sydney for the show, yet I can’t deny there was a certain thrill in our first professional collaboration. We have often talked vaguely about doing a book together: after all she puts colours and marks next to each other for a living and I do something similar with words. Maybe  2015 could be the year of our book.

She is over here now and perhaps this New Year we might repeat last year’s round-table resolutions. We could put on all the lights on and build up the fire to a near inferno to replicate that optimistic Sydney glow and who knows? I might find myself coming up with another bullish, ambitious resolution which I could actually keep. Watch this space.
authors electric gallery Indie authors indie books N M Browne New Year resolutions self publishing writing

Chris Longmuir said…
I admire you. I can't write poetry for toffee, but I suppose that's something to do with not really understanding it, and not reading it. I'm sure if I made such a resolution I'd fail miserably. so I'll just have to go off and plan my next murder!
29 December 2014 at 11:12

glitter noir said…
Congratulations. Many more fruitful resolutions for you!
29 December 2014 at 14:26

Lydia Bennet said…
Resolutions can be useful ways of extending ourselves. I think your sisterly collaboration sounds an excellent idea!
29 December 2014 at 19:16

Fran Brady said…
The great thing about collaborations is that they create their own imperatives and deadlines as you depend on and motivate each other. I did a book of spiritual poetry linking with a photographer a couple of years ago and we 'got it together' in what seemed like record time. Go for it!
29 December 2014 at 19:28