Milk Bombs, the girl with the bestest breasts in college, had only one thing in common with the agent I've come to call Cutie. Still, each derailed me for a while with her own spin on this terrible insult:

To begin at the beginning of the end, Milk Bombs looked more than a little like this:

MB's slice with the knife lacked surgical precision but it cut me to the quick. And it accomplished her purpose of laying me flat. For I'd set out in my sophomore year to out-Byron Byron--nailing every girl in sight while drinking myself into stupors and learning to fight while I learned how to write. I had a weekly column in the student paper and had already written/directed/produced/acted in one play...while pursuing more sexual conquests. With a single swipe she cut me twice, ridiculing my literary and action aspirations. "You're just a Paper Man. Goodbye."

So writing was useless in her eyes...and my actioneering bravado had just been utterly punked. The gods of action spat on me.

I spent the rest of my twenties, exiled in Canada, attempting to prove MB wrong on both counts. Foolish, self-destructive years. I'd just begun to break through with my writing when I was granted the chance to come home. I took that chance, boarded a bus and set out for San Francisco. I set out with far more than adventure in mind: I set out to regain my health and commit myself fully to writing. Five years later--I was a published author...with a sleek, muscular bod. Nor had I retired completely from the life of action: I'd been to Japan...traveled across the US....continued studying Aikido.

But, oh-oh, here came Cutie. You'll find your own version of Cutie when the time's wrong. Guaranteed. Mine came when my editor called to complain that my Pennsylvania agent never came into the city to meet. So I began shopping around for my ruin.

Cutie was an effervescent and charming little fireball looking for new clients. She could sell books on proposal and 'make decent pocket change.' Since my publisher, Tor, had decided to pass on my next book, those were magic words to me. Well, Cutie was fast and had curve balls to spare. In a couple of months she'd moved me from hardcover to paperback in Dell's new horror line Abyss, despite my desire to write mysteries. And decent pocket change consisted of a few dollars more than I'd gotten from Tor, though I'd won an award and been optioned for film. I caved in and that's on me. But, for today, let's stay on point: the link between Cutie and Milk Bombs.

When Dell passed on my option clause, I got together with Cutie for lunch. There, she spotted a book in my pocket: a collection of poems by Ovid. (I'd just discovered the Classics in the book store where I worked.)  Cutie sighed and shook her head.

"You're too literary," she told me.

We talked a while longer. Her successful writers wrote quickly and simply, finishing novels in months. One of those, whom I'd gotten to know, could write a book in a week and never changed a word--that was his editor's job, he believed. (He also didn't know that a 'comma with a hat on' is called a semicolon. And of all the sentences he'd written, his favorite was this: "Her eyes drooled wetness.") At the end of the day, who gave a damn if our novels were used to wrap fish? Just slap the words down and move on.

Cutie went on to build a large, successful agency founded upon speed and volume. And I ended up in The Desert for the next twenty-five years. The combined Paper Man/Too Literary insults had thrown me completely off course. And I now lived a monastic life, writing book after book that no agent would touch. I can't take credit for not giving up. The combined insults had sparked a white fury in me: I'd bop till I dropped or succeeded. Goal: a seductive combination of my commercial instincts and my growing passion for classical structure and word play.

Alas, the price--as you'll have guessed--was my becoming for two decades a Paper Man: working/writing/sleeping...alone. 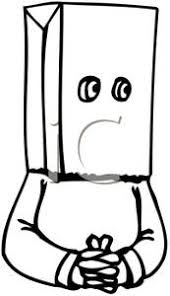 Result: In the past three years I've published 8 eight ebooks, with a 9th on the way this month and a 10th now in the works. Does this make me prolific? Not really. I've intermingled new work with rewritten versions of my published novels and my Desert inventory. Sales, I'll admit, could be better. But I've put out the books that I wanted to write: chock-full of commas with hats on; not one eye to be found drooling wetness; God's truth.

That said, there's no denying that the time has come for more action again. While we're not allowed perfection of both the life and work, we must strive for some state of balance. And maybe the secret is found in these words:

Moving forward, let me say that I wish Cutie all the best. She's a remarkable woman, though she was wrong for me. And I still call out to Milk Bombs, after all these years: 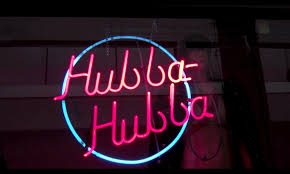 Nick Green said…
As the Bard pointed out in 'A Summer's Day', writing lasts forever, but physical beauty, and lactic ordnance, will inevitably succumb to time and gravity.
12 August 2015 at 12:56

glitter noir said…
Thanks, Wendy and Jan. Bill, I'll try to cut and past that retort--otherwise, I'm sure to misspell Kurkguard. Dennis, bless your stars that you avoided Cutie--though there's no surviving Milk Bombs, one's left at least a lustful smile. Nick, today I'll raise my glass (of carrot juice) to time's sure transformation of those bombs into balloons.
12 August 2015 at 13:24