The legacy of teachers - Elizabeth Kay

Most of us have teachers who remain in our memories for one reason or another. I have two very different ones, who both had a powerful effect on my writing.
I was an only child, and my parents were the same age as everyone else’s grandparents. We moved house several times, too, so I frequently had to try and fit into a new school with some clear disadvantages. My father was Polish, so no one could pronounce my surname, let alone spell Krzewinski. He’d been a headmaster, and so had strong views on teaching, but no idea of the British education system. In Poland, teachers were revered and their word was law. And on the whole, if they were anything like my dad, they had the interests of the child at heart. I was also left-handed, which was still viewed as a bit odd, and I was small for my age which, with a July birthday, wasn’t ideal. In addition to all this I was particularly good at art and English, and hopeless at sport and understanding other kids as I never met any outside of school. It was a recipe for an outsider, which stayed that way until my parents changed their surname to the initial letter – becoming Kay – and stayed in one place for the length of my senior school.
My last eighteen months at junior school were spent in a village school in Banstead, Surrey. The headmaster, Mr Hayes, was one of the kindest men I have ever met, and he entered me for every national art and writing competition going. I won tins of creamed rice pudding, book tokens, duffle bags and other strange things that have been lost in the mists of time. This amazing man had somehow got hold of an old printing press, a great metal monster that sat in the corner of the classroom, and with this we produced the school magazine in between taking the 11+ and getting the results. Everyone had their own job to do. Several printers’ devils set the type, so I was familiar with galley proofs at the age of ten. There were editors and illustrators and writers, and all the pictures were lino cuts which were done in art lessons. The end result was something highly individual, and that year we won the nationwide school magazine competition. 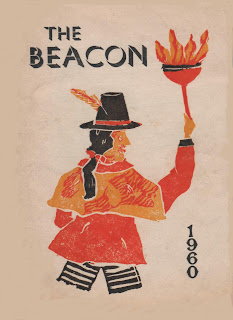 We were in the papers, on the radio, it was really exciting. And a national newspaper chose my poem to front their article. When my father explained that I’d been properly published I had no idea it was significant, but it felt good. Very very good, and I wanted that feeling again…

The Leopard
In the grasses is a movement, spotted,
Creeping stealthily; and is dotted
With black, and background yellow,
And a howl quite far from mellow.
Green eyes; remote and staring,
Wide, terrifying and glaring
Paws that make no sound as they
Tread down on grass, and earth, and clay.

What I find quite amusing about this is that I’ve tried to see a leopard in the wild nine times so far, and failed miserably. Kenya (twice), Uganda, Rwanda, Ivory Coast, Sri Lanka, India (twice) and Zambia.
The kindness of Mr Hayes was exemplified when my parents had to move rather suddenly, and my mother asked him if he knew of a holiday camp where I could go for the Easter holidays. He said he didn’t, but I was most welcome to stay with him, his wife and three daughters. It was one of the happiest months of my life. He had a wonderful garden with beehives which backed onto the downs, and a daughter almost the same age as me. In those days you roamed all over the place without supervision, and I discovered the joys of climbing trees and natural history as well as what it was like to live in a family that had more than one child. When we did move and my mother wanted to send me to the nearest school, which wasn’t as good as the one I wanted, he intervened and rang the headmistress himself to get me reinstated. I am more grateful to him than I can possibly say.
The teachers at the grammar school were pretty good on the whole – with one notable exception. My English teacher, who I had for four years. I have to confess to not being the best behaved member of the class, but I did enjoy English and tended to experiment a bit with my essays. I remember one in particular, when I decided to try and up the tension by scene-switching, which I thought worked rather well when the subject is an escaped tiger. It came back with a red line through it, the words: you can’t do this, and a fail mark. Ten years later I re-wrote it as a play and had it performed on Radio 4’s Afternoon Theatre, and the theme of rogue animals has fascinated me ever since, providing the background for Hunted. 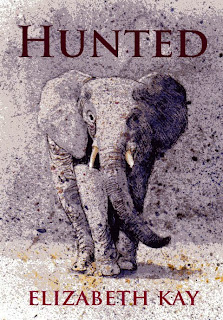 Unfortunately the teacher concerned had died by the time the play went on the air, so I wasn’t able to crow. But she was the one who stopped me doing A/L English. We had to queue up to put our names down for the subjects we wanted to take. She took one look at me, said, “You? I don’t think so.” And that was that. My ambition to read English at university down the plughole in ten seconds flat. Years later I mentioned this when I went to see my old headmistress, after the radio play had been broadcast. “Why didn’t you come and see me?” she said. “I’d have overturned it.” But you don’t do that sort of thing at sixteen, especially not when your parents think teachers are always right.


But in the end –  was it a good thing? I went to art school instead, a very fertile ground in the sixties for all sorts of innovative creativity. Who knows.
Posted by Elizabeth Kay at 00:30

What a fascinating story. It was great to get to know more about you. Thanks for sharing

Your lovely post evoked some fond -- and not-so-fond - memories of my own childhood, moving around a lot as we did, a socially awkward, "egghead" child, but for a few good teachers, possibly a lost one.

One of my daughters has taught English and art in secondary schools for many years. She's one of those attentive teachers who always puts herself out there for her young students- not always appreciated.

Teachers tend to get more guff that gratitude in their day-to-day world. I always remind her of those other kids - the shy ones, perhaps -- who's life a good teacher can enrich in so many ways, but who don't get a chance to say much about it. I will forward your post to my teacher-daughter. I'm sure she will enjoy it as much as I.

Gosh yes it is fascinating to know all this, and how much power some teachers had for good or ill in the past! Thanks for sharing your story. It's good to know that nowadays we can change schools, subjects, and retrace our steps, do courses later, etc, so these setbacks aren't set in stone any more.