I was never forgiven by one former friend for a quip that I put in one book:

You learn who your friends are at Christmas. They leave the price tags on their gifts.

Oh, of course, he objected to other quips of mine...like these:

There are no atheists in hot pants. Half the women wearing them are praying to God we don't notice their legs. The other half are praying we don't look further up.

Imitation is the most flattering form of insincerity.

Petty acts are emotional food stamps for the spiritually unemployed.

I must say you look fetching. Here, have a nice bone while I find you a stick.


But the Christmas quip, as it turned out, was the final straw in the martini of his hate. Though the line was spoken by a epigram-loving young woman who yearns to be Oscara Wilde--and she does try to be more Sincere at the end--no matter to my holy friend. I must have believed the words in some corner of my soul or I could not have written them. And this branded me as a hypocrite, he argued, because I'd spent Christmases with him and his family for years. Did I hold him in contempt because his gifts had no price tags?

It's hard to argue with a fool. Especially one who'd prefer to Google than to giggle. Besides, I grew up on the words of great wits. And while others wanted to be cowboys or spacemen or street hustlers or Wall Street sharks, I wanted to share the same stage as the Marx Brothers, the 2 Oscars (Wilde and Levant), Noel Coward and their ilk. 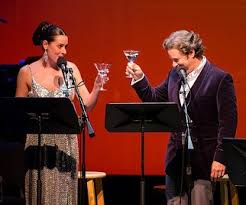 Mae West: To err is human, but it feels divine.
(Does it really, my old friend would rant. Do you approve of killers and rapists who 'err'?)
Oscar Wilde: A cigarette is the perfect type of a perfect pleasure. It is exquisite, and it leaves one unsatisfied. What more can one want?
(Oh, for God's sake, would scream my friend. Tell that to the patients on the cancer wards!)
Catherine the Great: If you can't be a good example, you'll just have to be a horrible warning.
(Yeah, right, that's just funderful! Hand that one to Donald Trump!)
Johnny Carson: If life were fair, Elvis would be alive and his impersonators would be dead.
(Are you freaking insane? Now it's better for hundreds of thousands of Elvis lovers to die!)
Woody Allen: Having sex is like playing bridge. If you don't have a good partner, you'd better have a good hand.
(That's just like you to quote a guy who married his own daughter!)
Groucho Marx: From the moment I picked your book up until I laid it down, I was convulsed with laughter. Someday I intend reading it.
(Mmm-hmmm. That's a fine thing to say to someone who may have spent 2 or 3 months on his book.)

Now, Oscar Wilde himself must have woken up most mornings coughing for dear life. And he may even have wanted to quit smoking. So the famous epigram is in its way a deliberate lie that captures a curious truth about both addiction and pleasure. And, given what we know today, that truth may seem to cruel to tell. Regardless, the quip remains funny and truthful in its lying way. And only the stupidest saint would insist that it should be reworded to: A cigarette is the perfect type of imperfect pleasure... 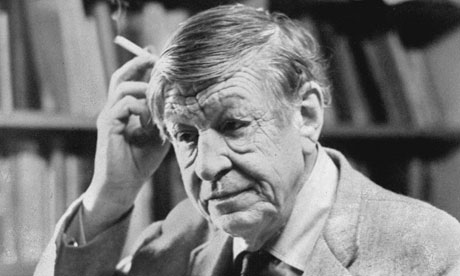 Consider this. Later in his life, W.H. Auden discovered religion. No harm in that, but it led him to regret many things that he'd written--rewriting some, deleting others from his collected poems. One of the victims, sadly, was one of his most treasured lines:

We must love one another or die.

The older poet now concluded that the beautiful words were a lie...because, whatever we do, we all face the same end. So he changed one crucial word:

We must love another and die.

I'll take the earlier line any day. In the same spirit, I'll take Wilde's epigram-rich plays over the last writings that followed his prison-breakdown: De Profundis and The Ballad of Reading Gaol. That said, his type of wit is of a different time and place. The epigrams are witty distortions of truth his readers could relate to in the spirit of the day. But the last works are also lies because they speak from only the broken part of him.

All great art, I now believe, is a powerful, beautiful lie, To tell its truth, it must distort, exclude and put a spin on anything attempting to get in its way. And yet, in what we please to call Real Life, we learn to watch our tongues and save our Wilder quips for our work. Furthermore, in our work, we'll do well to add due perspective.

Example: In Red Champagne, I wrote a Thirties-style mystery set aboard a train. Claire, the hero's lover, is hooked on epigrams and dreams of becoming a Broadway success, world-famous for her wit. At the same time, the hero is sickened by her constantly saying things she doesn't mean...a fault to him but a virtue to her and the ghost of the young Oscar.

I've gone on in the Boss MacTavin mysteries to have an older woman who's similarly hooked. But I'm careful not to let her over-quip her welcome.

Anyway, enough. Back to a film that I'm watching, one filled with rousing and wonderful lies--all boldly and beautifully shown: Dr. No.

After that, I'll relax and polish a few epigrams. I think these have potential:

The law of the sequel is simple. If at first you do succeed, retry until you don't.

The Battle of the Sexes? Please. The real battle is one of the Sixes--waged by men who are jealous of those blessed with Nine.

You can't have your cake and toss your cookies too.

Love it. And so profundis, too!

I love the one about the sequel!

Thanks, Jan and Mari. Was in a naughty, quippy mood. Glad some of it was contagious.

Very thought-provoking, Reb. Big Wilde fan myself. One thing he said was in art, 'style, not sincerity,' is the essential. Which shocked the moral Victorians, but is actually very wise - sincere, heartfelt poetry for example can be dire art, it's the crafting, the styling, that bit of detachment which makes real experience or feeling into art others can appreciate. He also said 'we are all of us in the gutter, but some of us are looking at the stars' another favourite aphorism of his.

Wise and entertaining as ever, Reb. It reminded me of a random academic jargon generator my co-author and I conceived in our book Just Write. I've tweaked it a little for the purpose of this demo. It involves taking 5 random numbers and using them to choose from a table of words to complete the sentence _____ _____ are the _____ of _____ _____.

I chose numbers taken from the page your blog is on to produce:
Complementary structures are the paradigms of pharmaceutical meta-analysis.
and
Disparate data sets are the anomalies of internalized periphrasis.

They don't have the zing or humour or truths of yours but some academics would pay me handsomely for the right to use them.

Bill, I'm completely lost by what you've written. But it seems to be line with an image that's been in my mind for years: Oscar having several spinning wheels and throwing darts. the first wheel might pick up: A cigarette is the perfect pleasure...The next wheel might have: it's exquisite while it lasts...etc.

Valerie, you're right on the money about sincerity and bad art. Something beginners just can't understand. The instant we sit down to polish and prune to sharpen our effects, we're being--to a newbie's mind--completely Insincere.
God save us all from spontaneous Sincere blathering.