All Hail the Vernacular! by Sandra Horn

Physiology and Biochemistry were compulsory subjects in my Psychology degree. The lecturers in both subjects were a considerable shock to us, used as we were to our laid-back Psychology lot – the Prof, wonderful Marie Jahoda, would bum cigarettes off the students, but always insisted on paying for them because smoking was a bad habit and she shouldn’t be doing it. Some of the others were happy to move teaching sessions to Bettina’s, the coffee shop round the corner. The Biochemist, on the other hand, expected us to sit up straight, raise a hand if we wanted to speak and then wait for permission, and not to argue. We could hardly believe it. The Physiologist was a woman of such extreme refeenment that she would have made the Queen look a tad common. After giving us a technical term, she would say, as if the whole idea gave her a pain in the unmentionable, ‘or, in common parlance...’  I have what I now think must be a false memory of her saying ‘crud’ as an example of said CP, but my husband (an unrefined Physiologist) says he’s never used such a term – it would be sediment or detritus. That means it was probably invented afterwards by the mega-brain and inventive nutter of the group, whose blushes I will spare by not naming him now. We were learning about differentiation in perception at the time, and he spent one whole day using a two-point schema for everything:  it could only be cream or crud. Next he tried not differentiating at all: ‘I don’t differentiate between a flower and a not-flower. I don’t differentiate between an old lady and a bicycle,’ and pondering the consequences.  He became an eminent Professor – I wonder if he gave up the divine nuttery? Ah, me...
Right, I’ll stop pithering about and try to get back on track now, as this is supposed to be about the joys of common parlance. Yesterday, I was stuck behind some people soodling about in the shopping mall. Soodling? Meandering slowly with no obvious purpose. As opposed to sloping, which is the more rapid, hat-brim down, coat-collar turned up, leaning slightly forward kind of walk. I could have done with more slopers and fewer soodlers yesterday, even though slopers are often thought to be engaged in nefarious deeds. Who cares? I was just trying to buy a pepper mill and get home again PDQ.  There is, somewhere, by the way, a book about Sussex dialect which gets sloping wrong.  The writer thinks it is ‘loping’ like a wolf. Nah. It’s sloping, like a fox on the prowl, hoping not to be seen. She (I think) also has a snigger at Sussex folk who, apparently, believe ‘fairies’ are Pharisees’.  Wrong again – it’s fairieses. A double plural, just to make sure.  It is very common to add an extra ‘s’, in case you’re talking to someone with cloth ears or you can’t remember if one is enough.
I was reminded again of the joys of common or vernacular words when I was given ‘Uncommon Ground: a word-lover’s guide to the British landscape ‘ by Dominick Tyler, for Christmas. He cheats a bit by making some up and adding Americanisms he happens to like. Boo. However, it is still a rich treasure-trove of clarts, crikes, grykes, daddocks, scowles, sarns, dubs, clints and the like, with pictures.  By dint of some nifty knight’s-move thinking, it led me back to Norman Nicholson’s glorious use of dialect words:’ he’s getten thy neb’, ‘lifting the sneck’, the miner’s ‘segged’ hands. 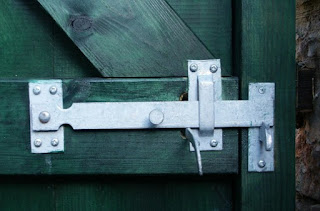 And how could we describe that certain kind of weather without the Scots’ ‘dreich’? Or how could that cold, shivery, starved look be better pictured than by the Midlands’ ‘shrammed’? Hodmedods bedevil Norfolk gardens; Billiwix haunts the night on silent wings. 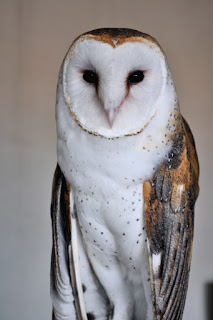 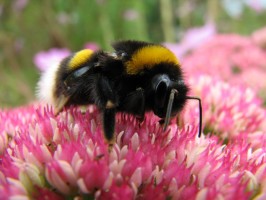 D’rackly’ in Cornwall is a wonderful ,‘sometime, maybe later’ kind of word.  Terms of affection abound all over the country: hinnie, pet, chuck, tacker... There are thousands of these words from up and down the land, each one starting out as part of a very local usage, but there for us all to delight in. Long may they do so!
Tarra a bit!

Mari Biella said…
Long may they do so indeed, Sandra! In a world of increasing globalisation and uniformity, I find it encouraging that local vernacular continues to survive. And what beautiful words - "hodmedods" and "gallybaggers". Love it!
20 March 2016 at 09:50

Lydia Bennet said…
Some lovely words in your enjoyable post Sandra, I too am a big supporter of regional dialects and vocabulary, which are often struggling to survive in more global communications these days. Their derivations are also fascinating, often a history lesson in themselves.
20 March 2016 at 12:07

Bill Kirton said…
Brilliant, Sandra. I enjoyed every word - even the ones between the fairieses and gallybaggers et al. Lovely to be reminded of 'dreckly' (the Plymothian version of drackly). It reminded me of how nice it was to be called 'Me ansum' and even 'mah luvver' by ladies in shops.
20 March 2016 at 13:10

Susan Price said…
Great post - and yes, love these words. Often so hard to write down, though. In the Black Country, you'll be called 'Shuck' - but it's pronounced closer to 'Shook' or 'Shewk' but not quite that either.

Somebody who's wandering aimlessly is said to be 'mowing about' with the 'o' pronounced as 'ow'. I've never been sure whether this is something to do with harvest-time and, maybe, drunkenness - a barley mow is a barley harvest - or whether it's related to the 'mopping and mowing' that Shakespearian ghosts do.
20 March 2016 at 14:32

Fran B said…
I'm Scottish and was brought up in the era when 'talking proper' (i.e. BBC RP and public-school English) was forced upon us in the most draconian way by teachers and parents alike. The only way to 'get on' was to 'talk proper'. It is a testament to the enduring value and intrinsic merit of dialect that old-fashioned Scots words and phrases have persisted and are now, indeed, fashionable. As a child, I was completely bi-lingual: dialect Scots in the playground (Hing aff iz) and proper English at home and in the classroom (Leave me alone, please). Maybe that's why my fist novel came out quite naturally with lots of Scottish dialect from the characters. It's hell to proof-read, though!
20 March 2016 at 20:42