God Save Us From Brown-Nosing Suckholes The other day I grew nauseous when I visited the Facebook page of a well-known literary agent. It was strewn with groveling posts from newbies who'd attended one of his writing retreats and threw dignity to the winds as they gamed for his representation.

I'll conflate what I saw there to spare you and them:

Post 1: 'I just attended a weekend writing retreat by X, one of the world's greatest agents...and over the course of three days, my life was changed forever along with my vision of writing. Back to the first novel I've worked on for so many years, but now with a new sense of purpose thanks to X.'

Post 2: 'Two weeks have passed since my return to my novel, freshly recharged and inspired by that great weekend with X. I swear he stands over my shoulder with every word I write. And this has become his book now, as well as mine. Is it any wonder that I call him Mr. Excitement?'

Post 3: 'Another month has passed. I and Mr. Excitement work 6-8 hour shifts daily on our book. I won't submit it to him until I know that it's perfect! In a way--I shouldn't say this--but I have become his bride, I swear. And I need to appear in a snowy white dress, unstained by typos, inaccuracies or failure to master the gospels in his priceless books on writing. Wait for me, Mr. Excitement! I'll be there in three more months. Then do with me what you will!'

Post 4: Clearly written by a friend: 'You are the most diligent and committed writer on this earth. And X will be lucky to have you share his professional bed.'

Post 5: In response: 'You're too kind, dear stranger. I'm doing no more than all great writers do. And I've sworn to be one of the great ones. After all, Mr. Excitement doesn't deserve any less!' 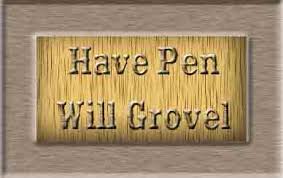 Most agents get letters from Bedlam:  writers sending their undies along with nude photos or threatening to jump from high bar stools. To what possible end, they should wonder. When agents dump clients they've handled for years, why waste time on a newbie with pudding for brains?

Years ago one might send a mad letter....receive some brutal feedback...and have time to fine-tune his approach. But now, online, one runs the risk of world-wide exposure at frightening speed.

When I receive a Tweet praising my genius and asking me to read a book, I may check the sender's other Tweets--and see that the same Tweet has gone out to hundreds.


Another way of putting it: 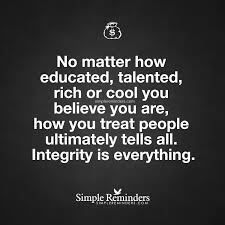 We've all made mistakes. And we'll all make still more. Right or wrong, though, let's move from our centers...and not:

For the agents who count, like great readers and friends, want straight arrows shot from our own hearts to theirs. Besides, leave your head where it doesn't belong for too long, you'll forget that you're not eating chocolate.

Bill Kirton said…
It's the reverse side of the trolling coin, isn't it? Thanks to social media, lying is the universal currency.
12 June 2016 at 11:42

Lydia Bennet said…
Plenty of grovelling on social media, to people they believe can DO something to advance their careers - and some agents, and publishers, are diversifying and using one job to stoke the other. So Mr E runs courses, people shell out for them in the hopes he'll take them on after, a prospect he can dangle over them long enough for them to post grovelling reviews which in turn get more to go on his courses... someone on fb yesterday had submitted to a publisher who had said their work needed editing, and it just so happened they have a professional editing company, please pay here (with heavy hints it would then be publishable,yeah right). Vanity publishing, thinly disguised.
Rather wish I'd not seen your opening picture at lunchtime though Reb...
12 June 2016 at 14:05

glitter noir said…
Thanks, for the feedback, Dennis, Jan, Jo, Bill and Valerie. Jo, I think it's natural and healthy to feel and express real gratitude--as you say, with no sense of obligation. I reacted--or rantacted--to what Valerie beautifully nailed: agents stoking the hopes of newbies who may shell out thousands for courses, then grovel online for the break they thought they were paying for. I've never met an agent who couldn't say no in a heartbeat to a book they adored but knew they couldn't sell. Or a book it would take too much effort to sell.
12 June 2016 at 15:22