Sing Me A Story by Ann Evans

The most fantastic stories aren't always found in books or on film. Sometimes the most incredible fantasies are written in the words of a song and performed in the most awesome and dramatic way.

One of my favourite CD's to listen to as I'm driving, is Catch the Rainbow – the anthology by the brilliant (in my opinion) rock band, Rainbow.

And the song that sends shivers down my spine, is the all time classic, Stargazer. It's written by Ritchie Blackmore and Ronnie James Dio, both of whom seem to have an affinity with the Medieval period with its swords and sorcery. 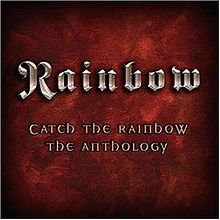 And this song – described by some far more knowledgeable than me on musical matters as neo-classical, tells the strange tale of a Wizard who entrapped his workforce for years, forcing them to build a tower to the stars.

It was the wizard's desire to reach the stars, but when he finally climbed the tower, he fell to his death. His slaves were in shock to see the wizard was mortal and without him to rule over them any longer, were at a loss as to what they should do. The following song on the album, Light in the Black, is the next chapter in the tale.

With the powerful voice of Ronnie James Dio singing at his very best, the brilliant Ritchie Blackmore on guitar, Tony Carey on keyboard, Jimmy Bain on Bass and Cozy Powell on drums – and accompanied by the Munich Philharmonic Orchestra the whole performance is absolutely awesome.

Just look at some of the words:

High noon, Oh, I'd sell my soul for water.
Nine years worth of breaking my back.
There's no sun in the shadow of the wizard.
See how he glides, why he's lighter than air.
Oh I see his face!

In the heat and the rain
With whips and chains
To see him fly
So many die.
We build a tower of stone
With our flesh and bone
Just to see him fly
But don't know why
Now where do we go?

All eyes see the figure of the wizard
As he climbs to the top of the world
No sound, as he falls instead of rising
Time standing still, then there's blood on the sand
Oh I see his face!

What a story!
And it's great music to write by, particularly if you're working on something dramatic. 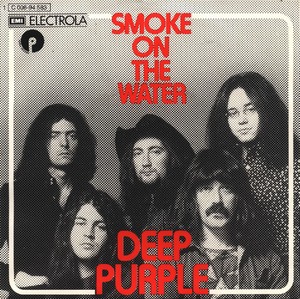 Of course, sometimes the stories put to music aren't fantasies at all, but true events such as Deep Purple's Smoke on the Water. Here's their story of that fateful day back on 4th December 1971.

We all came out to Montreux
On the Lake Geneva shoreline
To make records with a mobile
We didn't have much time
Frank Zappa and the Mothers
Were at the best place around
But some stupid with a flare gun
Burned the place to the ground
Smoke on the water, fire in the sky

They burned down the gambling house
It died with an awful sound
Funky Claude was running in and out
Pulling kids out the ground
When it all was over
We had to find another place
But Swiss time was running out
It seemed that we would lose the race
Smoke on the water, fire in the sky

We ended up at the grand hotel
It was empty cold and bare
But with the Rolling Stones truck thing just outside
Making our music there
With a few red lights and a few old beds
We make a place to sweat
No matter what we get out of this
I know we'll never forget
Smoke on the water, fire in the sky

I have my own little story related to this in a way. I was on a press trip to Switzerland with my photographer friend Rob who also happens to be a massive Deep Purple fan, and a singer in his own right. (Talented, yes I know!) Anyway, as part of the press trip we were on a boat trip on Lake Geneva. There was a huge fireworks display taking place on the shoreline and as the colourful smoke drifted over the lake, he burst into song with everyone on deck joining in – it was a real rip-roaring rendition of “Smoke of the water, fire in the sky….” 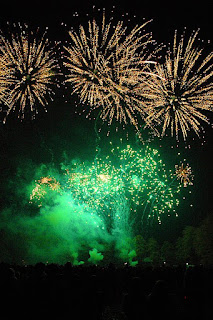 If you haven't listened to these songs for a while, click over to Utube and listen to a couple of great stories set to music.

What songs inspire you to write?

I can rave about how amazing Stargazer is for longer than the song actually lasts (which, as you know, is a LONG time). Those early mystical tracks with hints of myths and legends are endless sources of inspiration, even so many years later.

Special mentions must also go to Man on the Silver Mountain, Temple of the King, Gates of Babylon, Lady of the Lake, Sixteenth Century Greensleeves... oh, too many.

Bruce Dickinson (of Iron Maiden) said of the album Rainbow Rising, 'If you play this LP then goblins will come out of your speakers.'
13 June 2016 at 09:27

Ann Evans said…
Hi Nick, yes they are superb aren't they! I seem to play Rainbow Rising non stop when driving. Listening to Deep Purple at the moment as I work!
12 July 2016 at 18:53