Light From a Dead Star by John A. A. Logan

I had an appointment at noon in town, meeting two old friends coming in on the train from Aberdeen. At 5am I was wide awake, with seven hours to fill before the meeting. What to do? The idea of a very large porridge came to mind – the organic oats were two years old but fresh still in sealed containers, add some dried apricot I got for my birthday, some date-expired dried blueberries and sesame seeds, chop up an apple that had been in the fridge for six weeks, then twenty fresh but sour blueberries from the last shopping trip, add 2-and-a-half mugs of water, stir it all up slowly, steadily…
There was a huge amount, two large bowls full…I put the TV on while I ate…and there it was again, pouring out of the screen, that light from a dead star which has been chasing me for several months now…it pours from the eyes mostly, in bright blue beams of intensity and intelligence…

The latest chase began at Christmas, but really the chase has been going on now since 1976, when the film, Jaws, reached UK cinemas, and the Inverness La Scala cinema in particular, where my Mother took me to see the tale of man versus great white shark…and there I saw the still-live actor for the first time, Robert Shaw, not yet a dead star, portraying the role of the shark hunter, Quint…a latter-day Ahab, peppering the screen with salty mannerisms and expletives, but transmitting more than that, more than necessary, from some way-station made of steel hidden somewhere behind the eyes… 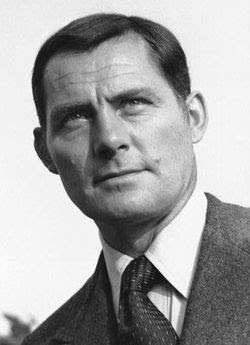 This latest chase began last Christmas, though, while a friend was visiting and we watched From Russia With Love.

In that film, Shaw portrays Donald “Red” Grant, a psychopathic SPECTRE agent, with a bright blonde hair-do, who tears two train compartments to bits in his attempt to destroy Sean Connery’s 007.
That train scene is one of the few moments in a Bond film where Connery looks seriously troubled and disturbed by an adversary, but the sense of trepidation and tension does not begin with the set-piece violence, it seems to begin from the moment Connery meets Shaw onscreen for the first time…and though the two men became close friends in real life, the disturbance Shaw seemed able to generate, almost electrically, in actors around himself happens in too many films for it just to be a matter of “acting”… 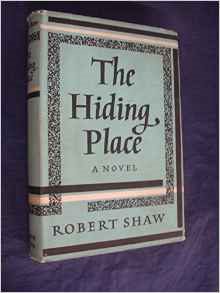 Shaw wasn’t just an actor, of course, he was a novelist.
His first novel, The Hiding Place, was published in 1960.
In 1962, the same year Shaw was sporting the blonde hair-do and psychopathic sadist-thug attitude while beating seven shades out of Connery during filming of that Orient Express train-battle in From Russia With Love, Shaw’s second novel, The Sun Doctor, was awarded the Hawthornden Prize for literature (the previous year’s recipient of that prize had been Ted Hughes’ Lupercal, with Alan Sillitoe’s The Loneliness of the Long Distance Runner receiving it the year before that).
I haven’t read The Sun Doctor yet myself, I’m saving it for later, ever since I met a local man 20 years ago who told me it was one of the best novels he ever read, and that he had bought several copies of it to give to friends to read. 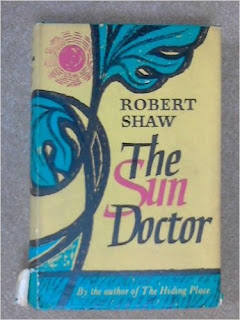 Whenever Shaw pops up in a film, I always think of him as a writer hiding behind the persona of an actor.
Not like Richard Burton, or George C. Scott, fine actors who professed that they would have preferred to be novelists…no, not like them, because neither Burton nor Scott were ever able to complete a novel to their own satisfaction.
Shaw, on the other hand, really could have been either, and really was both…writer and actor…to an extent that is very unusual…though not perhaps a recipe for happiness.
Reports from the set of Jaws claim that Speilberg had to find people to drink with Shaw for hours between takes, or he would be likely to just leave the set. He told colleagues he would rather have been writing, but had to take film work as he had ten children to support.
At least Jaws did allow Shaw the opportunity for writing, in the form of his last-minute write/ rewrite of the classic Indianapolis speech he delivers, which is surely the best scene in the film.

So, Shaw has been chasing me all down the years it seems, as a lively presence in films, who in turn challenges, charms, shocks…perhaps the finest performance is as Aston in Clive Donner’s adaptation of Pinter’s The Caretaker…a character who hardly speaks at all in the film, communicating by gesture and look, until we expect to hear nothing from him…and then he makes an uncanny speech prefiguring the later Indianopolis speech’s power of delivery in Jaws…as Aston tells his story of being destroyed in a mental hospital with electric shock therapy, leaving him with permanent brain damage – “I've often thought of going back and trying to find the man who did that to me. But I want to do something first. I want to build that shed out in the garden.”

But there are so many fine cinematic performances by Shaw…on the morning of the over-large bowl of porridge while waiting for my noon meeting with friends, it was The Sting that came on TV unexpectedly at 6am…Shaw as vicious and greedy Doyle Lonnegan, thumping someone around on a train again, but this time it is Robert Redford getting thumped and looking genuinely afraid…just like Connery had looked in From Russia With Love, and, like Connery, Redford does not normally look intimidated by any actor…yet, for some reason, they both look down warily when facing Shaw. I wouldn’t like to know for certain, but I wonder, if there was a secret camera filming me in my living room while I watch Shaw and eat porridge, would I also be caught looking down warily when that light starts to come out of the screen from the man? The man who, now, of course, is a dead star. If I have to avert my eyes from the light now, how much light might his performance have been giving off in those train compartments, those train sets mimicking real train compartments…if you were there with him in live time?
Now that I’ve started to look for this, I see Redford, Connery, Paul Newman, Nick Nolte, Walter Matthau, Harrison Ford…all doing this “look down” when they encounter Shaw…

But this year especially, for some reason, Shaw’s light has been pursuing me more than ever before…just last week I turned on the TV and there he was spectacularly miscast as General George Armstrong Custer in Custer of the West…it may be that they only cast him because of the bright blonde hairdo in From Russia With Love…the month before, he loomed up as the Sheriff of Nottingham in Robin and Marian, reunited with Connery again, this time as Robin Hood, to duel not in a train carriage but as armoured champions on a medieval battlefield…and not long before that it was Peter Shaffer’s The Royal Hunt of the Sun and Shaw as a desperate and conflicted Pizarro, persuaded by Christopher Plummer’s Atahualpa to allow the execution of the son of the Sun…for, of course, any such death must only be temporary followed by a revival and restitution in the morning…

So there Shaw seems to be now, lurking, whenever I turn on the TV.
I don’t mind so much. Perhaps I would like to know why.
It’s strange. For tens of thousands of years mankind told stories of ghosts, but only in the last couple of hundred years did we have the first photographs, and then cinema, and then television etc…and now it seems the dead move and talk and walk right before us on screens, those alleged ghosts undeniably present at last, with us always now, their light finding us and chasing us, here and there, perhaps even teaching us some secret something that cannot yet be brought fully to consciousness…
And no wonder then, that we look away when the light of a burning, dying, or long-dead-now star pours forth, right in front of us, right at us, entering us as clearly and cleanly as any ghost’s lance or arrow could ever do. No, the long-announced ghosts are here with us at last, bringing light from long-dead stars, no-one can any longer deny them, or avert their gaze from their reality forever.
That dancing spectral light just will not be denied.
Whether it takes Shaw’s form, or some other, the Spirits all press and clamour now for our attention. 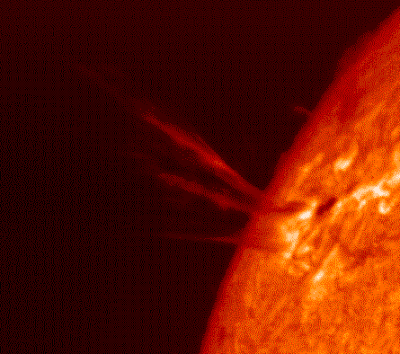 Email ThisBlogThis!Share to TwitterShare to FacebookShare to Pinterest
Labels: From Russia With Love, Jaws, Robert Shaw, The Hiding Place, The Royal Hunt of the Sun, The Sting, The Sun Doctor

Loved the way you out this John. Excellent post. I have to admit I hadn't ever heard of this fascinating man

I love the way that you write your blog posts. I find myself reading the final paragraphs again, and again. Beautiful writing.
I had never heard of Robert Shaw, but I have watched Jaws, so maybe he is somewhere deep in the subconscious.
The Caretaker seems really interesting. I don't really watch enough of these older films. I'm beginning to think that I'm really missing out on something special.

Unlike the two previous comments I do remember Shaw and saw all of the films you mention. He wasn't the most handsome of the film stars of the day but he had charisma, and I was fascinated by him.

Never knew he was a writer ... although I have seen the films and even have several on DVD ... shall now go search out his writing after reading this post.

John, an excellent essay, as always. Neither have I read his books, though I might. But I especially liked the choreography of the fight scene during his role as the SPECTRE agent; but even more his portrayal of Pizarro in The Royal Hunt of the Sun, although I doubt that the real Pizarro was that humane in his friendship for Atahualpa.
You did not mention A Man for All Seasons, but somehow I remember that Henry VIII. Coincidentally, perhaps, I was just reading about dying stars which collapse inwards, becoming black holes, trapping all light in an endless u-turn around themselves.

wow John, what powerful writing! I can't really recall anything about Shaw and had no idea he wrote novels. I think Steve McQueen has a similar kind of charisma from the way you describe Shaw. Screen presence, something magical certain people have - did it just hang about unsuspected and unused during all the centuries before movies were invented?

Rewatched Jaws again recently and was indeed struck by the way it morphs from a (fairly superior) monster movie to a borderline art flick as soon as Shaw/Quint comes to the fore... his long monologues really elevate it into something else. (And one of the great death scenes, too).

Have only just managed to read this properly, and what a lovely thought provoking piece of writing it is! I didn't know Shaw wrote novels, but remember him very well from films, especially From Russia With Love and Jaws. And he was a powerful presence indeed. I feel that way watching Swayze in Dirty Dancing and Point Break (why would anyone even consider a remake of that one?) - that palpable magic and beauty leaping out at you, undiminished. We're privileged to be able to tap into it.