Travelling to the Edge of the World, via IngramSpark, by Kathleen Jones 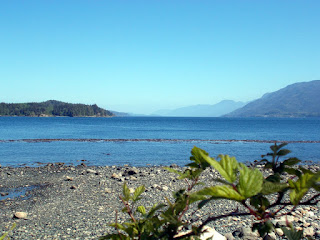 A year ago I was here, on the edge of the Pacific Ocean, very close to Alaska, on the islands of Haida Gwaii.  It was a trip that changed my life.  I was supposed to be studying the mythology of the First Nation people here for a new collection of poems, but I began writing a travel memoir instead and it turned out to be one of the most personal books I've ever written.
I was made to face the realities of the growing environmental crisis, as well as the ‘cultural’ and actual genocide committed by the British Colonial government which was begun in the latter part of the 19th century but carried on through the 20th.  It seems horrific that children were still being taken from their families to have their ‘Indian’ identities stamped out of them as late as the eighties and nineties.  The last of the ‘Residential Schools’ only closed in 1996. 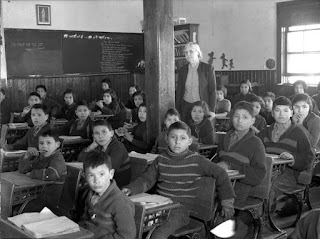 What I found was a wild landscape of enormous beauty, friendly people who weren’t going to blame me for the sins of my grandparents and gt-grandparents, as well as some really stunning artworks coming from a tradition stretching back several thousand years.  So I began to write about it, keeping a travel journal as I went along, and eventually it become a book.  Now it is out both as an ebook, which is very cheap, and as a paperback, which is rather expensive because it has lots of colour illustrations.  It also has a lovely 5 star review from a Costa award-winning novelist who obviously loved her vicarious trip to Haida Gwaii as much as I’d hoped my readers would. 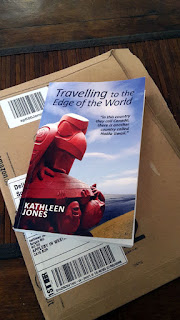 For the first time, with my Book Mill publishing hat on, I have bitten the bullet with what is called ‘an aggregator’ - an intermediary who will sell your books on lots of different platforms. I'm not much good at this publicity malarkie and I’ve never had much luck with Smashwords, so I’ve signed the Book Mill up with IngramSpark.  Ingram do the distribution and promotion for the big 5 publishers and Spark is their indie-publishing arm, which also deals with small ‘boutique’ presses. My co-editor and myself talked to the IngramSpark team at the London Book Fair and were very impressed by what they can offer an author. Three things in particular;  they have a catalogue, they put your books in the US e-libraries, and they have a contract with Apple’s i-Books.  Another benefit is that you can have your book on Amazon Create Space and Kindle at the same time, so long as it’s not in KDP select or signed up for Amazon’s ‘expanded distribution’. 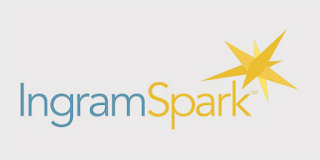 Registering with them was relatively easy.  There’s a small set-up fee, but they gave me a promotional code so the whole process was free.  There are also discounts for members of the Alliance of Independent Authors.  You do have to be quite organised when it comes to loading up the books though, and it’s best to have all your material lined up before you sign in, though you can save and come back if you’ve forgotten anything.

Once you’ve got all that assembled it’s a relatively pain free process, though the pricing gave me a headache!  If you get confused, there’s an instant messaging support service so you can ‘live chat’ with a helper who will tell you how to fill the forms in.

I’ve also signed up to let Ingram publish on the iBook platform - I found doing it myself too complicated, though Apple are very keen on authors engaging with them.  IBooks are currently hoping to rival Amazon in both volume and reach for digital books (think how many ipads and iphones are out there!).  Apple also say that they have coverage in areas where Amazon don’t reach ie they’re big in China, Asia and Russia.

Ingram does its print books through Lightning Source, so it will be interesting to compare quality - the Create Space version of my book looks very good!  So, I’m finally able to re-live my Haida Gwaii experience in print, in full colour.  It’s been quite a journey!

Travelling to the Edge of the World
by Kathleen Jones

Kathleen Jones publishes both traditionally and independently.  She is the author of 8 biographies and 7 other books - a mixture of fiction and poetry. You can find her at www.kathleenjones.co.uk
She blogs at www.kathleenjonesauthor.blogspot.com
Tweets incognito as @kathyferber
and wastes her time on Facebook at  https://www.facebook.com/kathleen.jones.10485
Canada Haida Gwaii iBooks Indie publishing IngramSpark travel memoir Travelling to the Edge of the World

Umberto Tosi said…
Thank you. So helpful. I'm in the process myself. I look forward to reading your travel memoir.
5 June 2016 at 10:03

Sandra Horn said…
They made a great job of 'The Hob and Miss Minkin' and I'm so pleased that you're happy with them too. The fact that they do distribution, etc. is a great bonus for me. Your book looks marvellous!
5 June 2016 at 16:38

Kathleen Jones said…
Thank you Sandra - I'm glad you're happy with IngramSpark - it's always a bit nervewracking trying out a new site.
5 June 2016 at 22:53