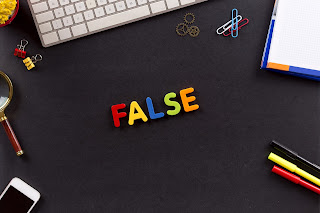 Apparently I was a troubled child. My parents worried about my character, maybe even my sanity. Not only did I have an imaginary friend who I talked to endlessly but I was also a compulsive liar. According to my teachers, I "made up stories" about everything, a gentle way of saying the same thing.

Either way, faced with reality or something more interesting, I'd always choose the latter in order to work it up into a really good tale. I didn't lie to avoid punishment so much as to enhance the world in which I lived. When you're a perpetually reading child plunged into imaginary worlds peopled by dynamic personalities, waking up every morning in a tiny conservative city on the edge of nowhere just doesn't cut it. For me, embellishment has always been a survival strategy.

So, I lied and imagined my way through childhood and lying in color was my specialty. 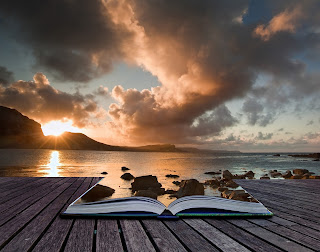 I recall reading the Trixie Belden series and thinking now there's an interesting life, not that in the world of children's literature that series was particularly stunning. Still, the protagonist rode horses and had fabulous adventures so, naturally, that's what I wanted, too. Only it wasn't happening in Halifax, Nova Scotia. I marched off to grade school one day and managed to convince all the friends I didn't have that I owned a stable. I gave all my imaginary horses names, could describe them in detail, and even paired them off with the cooler kids I wanted to impress. "You can come to my place and ride Sugar Drop." No invitations ever came, of course, but until the truth came out, I kept everyone entertained.

At least I didn't give my horses wings. I saved that for university when I found a Masters in Library Science so unbearably boring, I'd embellish my notes with flying Equus. If the lecture grew too tedious, I'd imagine dive-bombing the professor's head with a variety of malodorous objects just to stay awake. Let it be known that I was as ill-suited for cataloguing as I was for math but by then I learned to take my imagination underground. That's where I writing novels in earnest.

And here I am as my adult self and still find my alternate universes preferable to reality. Who doesn't? How many times have I listened to the news, longing to edit the truth before someone else does? And then there's the little matter of the happy ending: if I want one, it may only be of the imaginary variety.

Anonymous said…
The perfect training for fiction writing, surely! I love your invention of not just one pony (which is all I’d have managed, if I’d been brave enough even to get that far) but a whole stable. I wonder how long it took for people to suss you out. Yup, give me the imaginary world every time.
16 February 2018 at 09:14

janedwards said…
This sounds very familiar :-) What started out as telling the class in 'monday morning news' about a family of mice I found in a feed bin became, after two weeks, the continuing exploits of a travelling mousey
circus act. The teacher was not amused...
16 February 2018 at 10:24

Jane said…
We truly are a community of story-tellers! Invention is the mother of survival!