The bottle has been sitting on my desk for a few weeks now. I have yet to crack the seal on the bottle. I’ve come close a few times, but something just makes me stop for a moment. I find myself thinking, “Have I earned writer’s tears? Do I dare put myself in the same category as people like Hemingway, Conroy, Steinbeck, Poe, Dickinson, all those people whose writing I hold in the highest esteem?” 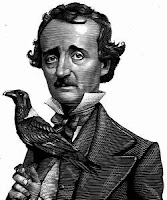 I know… it’s a ridiculous notion… but I’ve never been a normal sort of person...

I’m not much for the whole “I need to suffer to create” idea. My drive comes from a simple need – the need to get ideas out of my head and onto paper. Take the ideas out of my head so I have more room in there for more ideas. I think that’s why we all write. It’s a gift, being able to take an idea and run with it, to create a whole world from one sentence. 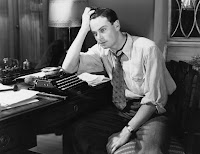 Some people seem to be scared of this gift we have. I can’t tell you the number of times I have been told, “I wish I could write,” or, “I’d love to be able to write a book.” When I tell people to just try it, they grow pale and start shaking their heads. “I wouldn’t know what to write about,” they say.
I’ve never known how to respond to that. The canned response would be something like “Write what you know,” or, “Write about what you love.”

But, as I sit here now, looking at a bottle of Writer’s Tears, with the names of those writers I mentioned earlier echoing in my brain, I think I might have found a reply. And the reply puts me in the same realm as those same very names. Write a dream. Write the things you see in your head, those things that you like to visit when reality kicks you in the face. 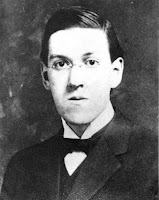 It seems crazy to put it in such simple terms. Maybe it is. I grant you, the dreams Poe wrote about were horrific opium-and-brandy-infused visions I don’t ever want to analyze. I don’t even want to begin to think about what dreams drove H.P. Lovecraft’s work, to be honest. The point is, something drove those guys to do something other than shiver and quake at the visions in their head. Something drove them to put pen to paper and share those dreams with the world.

So, let the writer’s tears be something you drink. Suffering for your art is not the only rule. There are no rules in a dream. Just live the dream. Create those worlds, those galaxies, and invite everyone to join you in that dream. Sure, some might not get it. Their dream might not meet yours. But, by sharing your dream, you invited that reader to dream as well.

Bill Kirton said…
Interesting Tony (or should I call you Captain?) I started asking myself why I write and I'm not sure of the answer. I thought it was to try to help myself understand things and people better, but it seems to make them all much more layered and complicated.
15 August 2018 at 12:53

Umberto Tosi said…
If only we could have our Irish and drink it too. I'll raise a glass for you and writers all when I next pour me a shot of Jameson's. I'm curious to sample Writers Tears, though I have tasted them literally. I always envied those writers who seemed to wax more articulate with a nip or two. I've never been one of them. Cheers!
16 August 2018 at 17:46