Taming the Shrew is not enough, says Griselda Heppel. There has to be chemistry too. 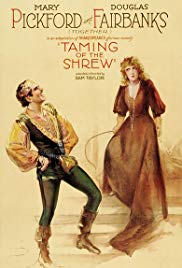 When did you last see a production of The Taming of the Shrew? Not recently, I’ll bet. A comedy whose title alone always made it tricky to negotiate has arguably no place at all in today’s postfeminist world. If so, we are the poorer for it. Shakespeare is Shakespeare after all, and to consign any work of his to oblivion is a huge loss.

Which is why I’m delighted that the play forms part of the RSC’S current season and have lost no time in seeing it. Admiring the company’s courage in tackling something so politically incorrect, I wondered how they’d get round the problem. 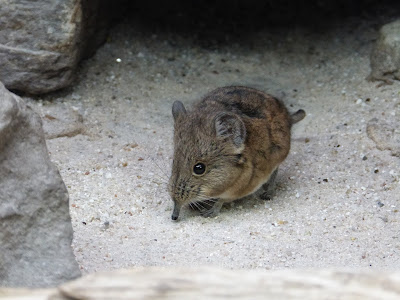 Easy: reverse the roles. Make Italy a collection of cities ruled by matriarchs, with Petruchia wooing Baptista’s sullen son Katherine (I guess Katherino just doesn’t work), while Grumia and Hortensia vie with each other over the hand of Katherine’s charming younger brother, Bianco. As an ironic take on the patriarchy, it works brilliantly. More, by seeing so many powerful women on stage with only a brace of men, the paucity of female parts in plays by Shakespeare – as with countless other dramatists – is brought home in a way that never struck me before. I mean, I knew the imbalance was bad… but not that bad. The acting was extremely good, with much hilarity generated by this Vice Versa scheme, particularly in the case of the delicate, long-haired, pampered Bianco being fought over by his two lusty female suitors. The blatant sexism of the set up didn’t matter a bit anymore because, well, the boot was on the other foot, wasn’t it? 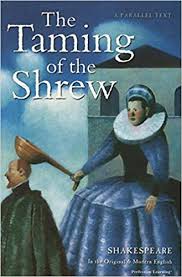 I’ve always had a soft spot for The Taming of the Shrew. Some decades ago (ha, I’m not saying how many), I found myself on a school outing to the Young Vic, where I fell head over heels for Jim Dale’s mischievous Petruchio. The energy, wit and sheer magic of the play blew me away; I had no idea Shakespeare could be this much fun. Yes, Petruchio behaved abominably, but his sparring with Jane Lapotaire’s Katherine generated a chemistry that brought them together in what, at the time, felt a perfectly possible meeting of minds. The text doesn’t explicitly set Katherine up as an equal – in fact, her last speech does anything but – yet the clues are there. From the start she is the only character able to match Petruchio’s wit, giving back killer line for killer line as he tries – and fails – to trip her up. Hers is a much cleverer and more interesting personality than that of her insipid sister, Bianca, and if all Shakespeare was concerned about was keeping women in their place, why would he have bothered with Katherine’s character at all? 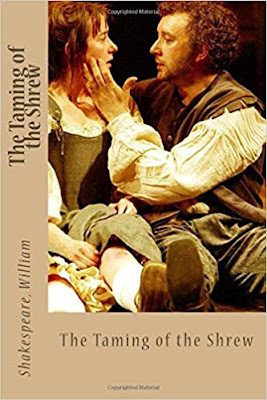 And this is where the current Stratford production misses the point. So important is the idea that the male Katherine suffer total submission to the female Petruchia, as a faithful reversal of the supposed norm, that Katherine is never allowed to take Petruchia on in any way. No banter. No surface compliance while clearly running rings round her tyrannical wife. No mischievous spark in his eye that shows that he, too, can play the game; heavens, the poor chap is never allowed to raise his eyes from the ground in the whole play. Any hope of creating a genuine understanding between the two, let alone affection, is lost. At the end, Petruchia has achieved the enormous prize of an abject, characterless slave to do her bidding, not a desirable, feisty husband who is her intellectual equal. Chemistry? About as much as between a rattle snake and a, um, shrew.

Still, it’s an original idea and a rollicking production and something had to be done to keep The Taming of the Shrew alive. Go and judge for yourself. You have till the end of August in Stratford, then it’s on tour, plus a live cinema broadcast on 5 June.

Bill Kirton said…
Too late to take your advice at the moment, Griselda, because we're off to see As You Like It there next week, but it sounds fascinating and I'll certainly try to catch it later. Thanks.
1 May 2019 at 09:16

Sandra Horn said…
Oh, I agree with you Griselda! About the original take on The Shrew, that is (haven't seen this new one). I like to think that, at the end, Katherine's apparent submission would be play-acting - a joke between them.
1 May 2019 at 09:36

Dipika Mukherjee said…
What a lovely review! Alas, too many boats away from Brazil to see this feminist recasting for myself, but yes, TTOTS had a lovely playful banter about it when I loved it too.
1 May 2019 at 18:28

Griselda Heppel said…
Thank you all! Glad you agree about the Taming of the Shrew. I totally agree that Katherine's long submissive speech at the end should be a game between them, to show how closely they understand each other - this could be brought out in so many understated ways.

I've heard great things about the RSC's current As You Like It, Bill, so hopefully you'll be in for a brilliant evening.
2 May 2019 at 16:11