The Value of Nothing by Debbie Bennett

By Debbie Bennett - May 06, 2019
There’s a saying isn’t there – about knowing the price of everything and the value of nothing. But just how valuable is that nothing?

I ran a writing science fiction workshop last week on a very wet and windy Saturday in North East Manchester. Now I don't write a lot of SF (far more crime these days), but given that a lot of the event was Dr Who-themed, with people in costumes, mask-making and a few props around, I suspect they booked me because of the Daemons DVD and anthology I was involved with. When I arrived, I was told that the workshop was fully booked and that the places had gone quickly. I was shown to a nice little room on a quiet corridor, I set up the tables, laid out some free books I’d acquired and waited for my delegates to arrive. 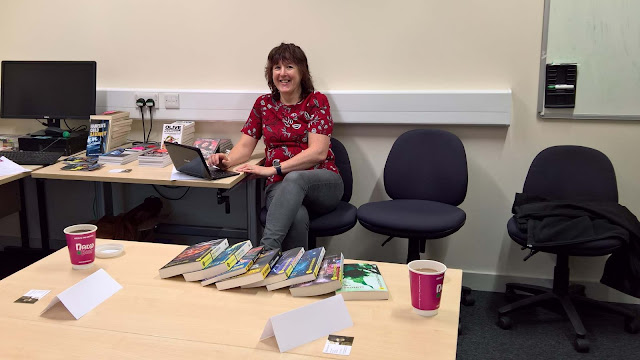 A very nice chap turned up. An ex-EastEnders script-writer (yes, imposter syndrome started to kick in at this point), closely followed by another writer.

We had a chat, liaised with the staff – who couldn’t have been nicer, and were clearly mortified at the lack of attendees – and eventually started the workshop with just two out of the twelve who were supposed to be there. Now I’d planned a workshop around twelve, and allowed sufficient time for at least ten people to be able to read stuff out and for the rest of us to discuss. When you only have two, it’s over and done with a bit quicker! Still, we got through everything, they got some free books and I hope they didn’t feel they had a wasted morning. 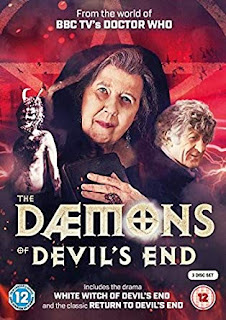 But I just felt … flat? I don’t know. I’d done quite a bit of prep work, decided to focus on hooks and openings and typed out a dozen or so openings from classic and modern SF novels for people to guess and then analyse. It isn’t quite the same with only two delegates, especially when one of them probably knew as much as I did anyway. So where were the other ten? Who knows. Maybe they got a better offer, or simply couldn’t face coming out in such awful weather. Maybe they googled me and decided I wasn’t worth the effort.

Personally, I think it comes down to cost. The workshop was free. Now I don’t have an issue with that per se– and I totally get that it’s not a particularly affluent area and the organisers wanted to make the event accessible to everybody. But sometimes things are worth what you pay for them – their perceived value depends on what you are prepared to invest, be that money or time.

My local writers’ group ran a series of workshops last year. We had a grant and we’re non-profit, so again wanted the event to be accessible – but I was one of those in the camp that said we needed to charge a reasonable fee, on the grounds that if people have committed to paying a certain amount, they are more likely to actually turn up and not change their minds if it’s too cold/wet/ whatever. And something like a workshop relies on the group dynamic to function – students get as much out of listening and evaluating the work of their peers as they do from writing their own stuff.

I think the same goes for free books sometimes. I make some of mine free occasionally – but never all of them, and never permanently. It’s too much of a race to the bottom and again – the perceived value of free is nothing. If you have to give it away, it can’t be any good. Not always true, but people believe what they choose to believe.

Will I do it again? Probably. They paid me for my time – and all the prep I did will work just as well with a new audience! And it got me away from the DIY for a day too!

Dipika Mukherjee said…
I hear you, Debbie. I struggle with giving away free books in Asia, where the published US/UK/Europe price is unreasonable in the local market, but the unfortunate flip side is that free stuff gets no respect, so in a way I feel I disrespect my own work by giving away freebies. Now I limit it to "prizes" -- in a college classroom it is easier to quantify and reward than public courses run for adults.
6 May 2019 at 01:19

Cecilia Peartree said…
Yes - I'm involved with a local organisation that has in recent years aspired to run a 'Festival' the last week in May, and we've often had this kind of experience with free vs paid-for events. There are expectations that for instance a writers' event will be free unless the writers are world-famous, whereas a magic show or concert has to be paid for.(There are also people who will only come out to something if it takes place a few yards from their house, but that's partly due to demographics)
7 May 2019 at 08:13