I had a dream.... by Alex Marchant


No, not a Martin Luther King sort of dream (sadly), just an ordinary sort of one, a few nights ago. But it set me thinking on a subject I’ve thought about a few times before. The connection between dreams and the imagination of a writer.


A couple of months ago one of the questions put to me in an interview about my writing asked, ‘Do you rely more on dreams, imagination, or planning?’ That was something of a surprise to me – that ‘dreams’ appeared in that list, let alone at the start.

My answer was that I wouldn’t say I rely on them, but dreams have fed in to my writing at important times. Particularly those ‘between sleeping and waking’ types of dreams (one of which was responsible for my short story ‘The Beast of Middleham Moor’ that led to the charity anthology Grant Me the Carving of My Name). 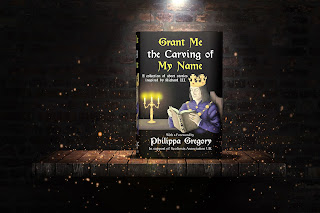 On this occasion, the other day, just before falling asleep I had been reading through some of the submissions for Right Trusty and Well Beloved..., the follow-up to Grant Me the Carving. All the stories and poems have in some way been inspired by King Richard III, and many submitted to both collections have a certain melancholy air (given the huge tragedies he experienced in his short life). For the first anthology – a result of direct requests to authors I already knew – I decided to offer a token of balance by including a very short, but happy extract from my own book The Order of the White Boar (depicting an Easter egg roll won by Richard and his little son, just before his life begins to fall apart, also found here). This time, with the submissions invited in an open competition, a balance should be easier to achieve – but the matter was obviously to the forefront of my mind as I fell asleep.

I had also spent the day copyediting a fascinating academic book on North American archaeology. Perhaps it will therefore come as no surprise that in the small hours of the night I dreamed about writing a rather magnificent piece of flash fiction – one in which a group of Native Americans come together to refute, once and for all, William Shakespeare’s propagandistic portrayal of King Richard as an evil, child-murdering, hunchbacked tyrant.

This may seem a rather unlikely proposition now. But in the wee hours, don’t you ever awake in the middle of a dream and think ‘that was the best idea ever for a book’? Maybe you lie there, thinking back over what you can remember – perhaps snatching at those wisps of the dream before they dissipate into what passes for us as reality. I don’t imagine I’m the only writer who always has to have a notebook and pen by the bed to catch those ideas, just in case. Sometimes it may be just part of an idea, a solution perhaps to an issue that’s been bothering me, rather than a fully fledged plotline.

This time, I lay there thinking back through the words I had dreamed, seen written (on parchment was it?) in a beautiful flowing script. My initial impulse – to switch the light on and grab my notebook and pen – gradually receded as the words themselves did. And I finally gave up the notion of trying to grasp them before they disappeared. Because surely – surely? – they really weren’t that magnificent?

I guess I’ll never actually know. The memory of dreams fades so quickly – not only at my age (when Sherlock Holmes’ ‘mind palace’ has, for me, become more like a tiny trinket box where I can keep only the most precious items), but throughout my life. Is that the same for everyone? Some dreams may stay with you for a long time – such as the one when I ‘woke up’ at the noise of an intruder breaking in, only to actually wake up (gratefully) during the subsequent pursuit by said dreamed intruder (years before the film ‘Inception’ was made) – but I think most are soon lost. The one that led to ‘The Beast’ solidified into that short story, another is still awaiting transfer from the notebook where the idea was scribbled one night into the bestselling YA science fiction novel of the 2020s (maybe).

What have been your experiences as either a writer or a reader? Have dreams led to fiction written? Or has fiction read led to dreams... lived?

Alex is author of two books telling the story of the real King Richard III for children aged 10+, the first set largely in Yorkshire, and editor of Grant Me the Carving of My Name, an anthology of short fiction inspired by the king, sold in support of Scoliosis Association UK (SAUK). A further anthology, Right Trusty and Well Beloved..., is planned for later this year.

Umberto Tosi said…
My kingdom for an interesting dream! Most of mine are mundane. Often I dream of myself making pasta, or working - usually as an editor putting out another magazine issue - the kind of job I haven't done, actully, in decades. My more creative ideas come to me - as you referenced - in twilight sleep - usually as pieces of a narraitve I'm already in the process of writing. Otherwise, I get bright ideas in the bathroom, which I have to write down quickly afterwards lest they fade away. Thanks for another engaging post!
14 June 2019 at 03:55

I'm not sure if a dream has ever inspired an idea. But I do find myself sometimes waking up typically at 4.15am and feeling I have to get up to write 'stuff' down. It can be anything an idea for a poem, non-fiction, a scene from an existing story or a scene for a new one. Then around 5am I'll return to bed and fall back to sleep.
15 June 2019 at 10:30