The late, great Judith Kerr and her Secret Message by Griselda Heppel 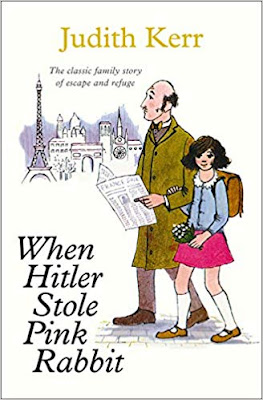 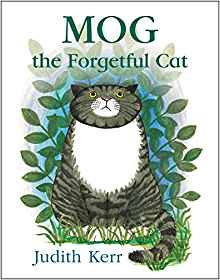 Last week, in all the uproar surrounding the European elections and the government reeling from crisis to crisis, something happened that put other news in the shade: Judith Kerr died. One of the greatest and most loved children’s authors ever, she was responsible for The Tiger Who Came to Tea, Mog the Forgetful Cat and When Hitler Stole Pink Rabbit – classics which will never go out of print because, well, who can imagine a world without them?

To be able to write and illustrate as brilliantly as Kerr did is a rare gift. I can think of only a handful of other authors who are in her league: Erics Carle and Hill with The Very Hungry Caterpillar and Where’s Spot respectively; John Burningham, Jill Murphy and Babette Cole with numerous books apiece; and of course, the master of animal delineation, characterisation and humour, Beatrix Potter. 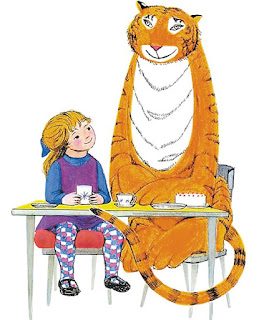 But for me Judith Kerr stands out because in The Tiger Who Came to Tea, she created the Picture Book of Picture Books.  Tapping into what matters most to young children – warmth, safety, excitement, surprise and mystery – she makes every word and every picture count. Taking a child’s every day experience – there’s someone at the door, who can it be? – she transforms it into a thrilling, magical world in which the visitor can turn out to be a great big furry tiger who sits down and makes himself at home, enjoying all the tea and cake Sophie and her mother can offer. What child can resist that? Mine are in their thirties and even now, if the doorbell goes unexpectedly, my daughter launches straight into, ‘It can’t be the grocer’s boy, because this isn’t the day he comes. And it can’t be Daddy, because he’s got his keys…’

There’s another, special, reason for why the book means so much to me. Too old for it when first published in 1968, I first spotted The Tiger Who Came to Tea in a bookshop when browsing for my own children – and felt I’d come home. Something in those charming, joyous illustrations took me straight back to my childhood in 1960s Germany, in a way no other English picture book had ever done. I’d thought the two countries differed markedly in their style of book illustration; now in my hands lay delightful proof that I was wrong, that artistic traditions in the two nationalities could overlap after all. (Sadly I have no picture books to show you what I mean; but look at the eyes in this fine line drawing of Gulliver (below) by the wonderful German illustrator, Horst Lemke, and tell me you can’t see a bit of Kerr’s tiger there.)

Only years later did I discover that the solidly British-sounding Judith Kerr was German by birth, and spent the first 9 years of her life growing up in Germany before Hitler’s rise to power forced her family into exile. Terrible as her country under the Nazis was, there’s something both touching and life-affirming in the way that happy influences of Judith’s early German childhood – books, pictures, stories, games – helped to mould her artistic style as an adult, even while her nationality itself changed.

In recent years Judith Kerr pronounced herself much amused by the clever theory from former children's laureate Michael Rosen and others that the Tiger is a metaphor for the Gestapo; the Daily Mail recalled that ‘in a 2013 BBC documentary, he pointed out that ‘she was no stranger, to the knock on the door, the monster tearing her world apart.’
Er, Michael Rosen, have you actually read the book? The tiger is no monster, he is soft, furry and cuddly. These are not adjectives usually applied to the Gestapo. For this crackpot idea to stick, there’d have to be a sense of menace about the creature but instead he allows Sophie to stroke and hug him while munching his way through the biscuit cupboard. As the Daily Mail article confirms, ‘Judith’s patient answer …was always the same. The tiger was just a tiger. It was hungry, and it wanted its tea.’
Of course it was. Kerr is much too good an author to weigh down her enchanting book with such a crass message. Far more interesting is the secret contained in the pictures themselves, of how Kerr’s artistic style can’t help but reveal her roots in the happy German childhood she enjoyed before the Nazis’ brutal regime took over.

Find out more about Griselda Heppel here:
www.griseldaheppel.com
https://griseldaheppel.wordpress.com/
and her children's books:
Ante's Inferno
and
The Tragickall History of Henry Fowst

julia jones said…
YOu're right. It's a lovely book and the secret (for me) is in the rhythm of the writing. You can read it again and again with continued pleasure -- which certainly wouldn't be the case if it was the Gestapo knocking at the door!
1 June 2019 at 07:05

Dipika Mukherjee said…
I have to confess I don't know her work at all. Your lovely post has inspired me to seek her out. The lovely think about authors is that they can always be found, they don't ever die, do they?
1 June 2019 at 14:43

Griselda Heppel said…
Thank you both - delighted to champion Judith Kerr always! And yes, the more I think about Rosen’s comment the sillier it seems to be. The gestapo did not come knocking At the door, her world wasn’t torn apart by monsters invading their house, the whole point is that they escaped before they could be arrested. It’s all in When Hitler Stole Pink Rabbit.
1 June 2019 at 21:53

Bill Kirton said…
No arguments at all with your acknowledgement of the unique attraction of The Tiger who came to tea. I and my kids loved it unreservedly when it appeared. So all I have to ask is that you add the amazing Raymond Briggs to your list of writer/illustrators. The Snowman, his parents, sheltering from the atomic bomb were all priceless and, apart from being a delight to read with my kids, his Fungus the Bogeyman taught me more about existentialism than any Sartre polemic.
2 June 2019 at 11:59

Griselda Heppel said…
Oh yes Bill, of course, how could I leave Raymond Briggs out? Thank you for putting that right. And I'm sure there are others. Just, still, not a huge number, as to excel at writing AND illustrating is a big ask.