The Mermaid and Mrs Hancock -- a Review by Susan Price

By Susan Price - June 25, 2019
I was reading our sister blog, The History Girls, when I saw this book recommended. So I downloaded a free sample.

At the time I was reading another book, an e-book anthology of ghost stories by a rather famous Victorian writer who I shall leave nameless. He did write one or two gems but, unfortunately, the anthology made it clear that his gems were outnumbered by long, tedious, rambling tales featuring popular Victorian fads that hold little interest today. I soon tired of endless discussions of the nature of the spirit world and of characters who insisted on introducing each other's souls to one another.

So I gave up on Victorian ghosts and thought I'd take a dip into my free sample instead -- and Oh, the relief! From the very first sentences, it was like tasting something light and fresh after days and days of rather stale, cloying stodge.

Hermes Gowar's prose dances. Reader, as soon as I reached the end of the sample, I bought the rest -- and coming from me, stingy by nature and nurture and hard-up to boot, that's 5 stars.

I expected an historical fantasy story and there is a touch of fantasy, but it's more a straight historical novel and a very good, lively one, set in the late eighteenth century. Mr Hancock is a merchant-venturer anxiously waiting for his ship to come in and horrified when its captain arrives at his door  to tell him, triumphantly, that he has sold the ship and bought a mermaid with the money.

Mr. Hancock has investors to pay but is stuck with a dried mermaid. It's an ugly thing but seems to be a genuine example of that rare species. In need of ready money, he makes an attempt to raise some by exhibiting the creature in the upper room of a pub and is surprised at how much he makes -- several shillings.

One of his visitors is -- unknown to him -- the owner of a select, high-class whore-house. She offers him a sizeable chunk of cash to hire the mermaid from him as a conversation piece for one of her salons.

But, later, he regrets his rejection of Angelika and visits her. By then Angelika is caught up in a passionate and unhappy love affair and prepared to see him only as a friend -- but she finds him a good, loyal one.

The growth of friendship and appreciation between the respectable merchant and the courtesan is delicately and believably done. Mr Hancock comes to love the native intelligence that is as much a part of Angelika as her beauty (when she's not befuddled by Lu-u-urve.)  She grows to love Hancock's kindness, good sense and reliability. Many people disapprove when Angelika becomes the Mrs. Hancock of the title, seeing her as a gold-digger taking advantage of an old fool but Hermes Gowar shows us the marriage from the inside and it really isn't like that at all.


And Mrs Hancock does have a mermaid, a real mermaid, but not an obvious one.

The novel is crowded with well-drawn, likeable characters -- and even when characters aren't likeable, they're understandable. It isn't at all cosy either:-- the scenes range from the peaceful fireside of the merchant to squalid, scary backstreets and the characters come from the lowest circles as well as the highest.

The Mermaid and Mrs Hancock by Imogen Hermes Gowar 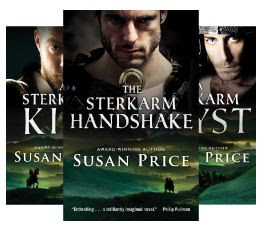 Umberto Tosi said…
You make "The Mermaid and Mrs Hancock" sound most intriguing and delightful. I look forward to reading it. Thanks!
25 June 2019 at 10:43