Lev Butts Lists the Best of Self Publishing X (and Final)

By Leverett Butts - June 23, 2019
Well, we've made it my last entry on this list of laudable self-published novels. Unlike my previous countdowns, these books were not ranked in any particular order: They were each a book that that was, for my money, just as good as, and in many cases better than, most of the other traditionally published novels on the shelves at any local or chain bookstore.

Since the list has been going for over a year now, here's a rundown of the books I covered:


Fields of Gold: The Orchid and the Rose by Jim Stephens

Dangerous to Know (The Chronicles of Breed series) by K. T. Davies

Dancer in the Dark by Thomas E. Fuller and Brad Strickland 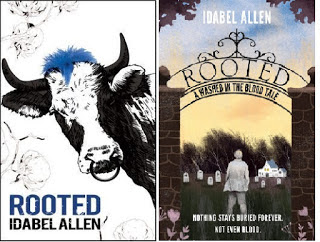 The Swithen by Scott Telek 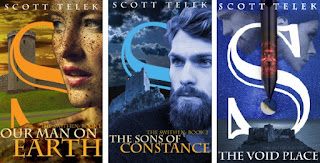 Again, these books range in genre from literary to historical fiction, from fantasy to horror, but each of them is one of the most enjoyable reads I have experienced in its particular genre. Which brings us to our last entry:

Wracked (The Saga of Ukumog series) by Louis Puster 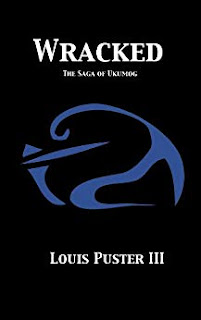 The story revolves around Wrack, a seemingly undead being who awakes in a shallow, mossy grave with no memory of how he got there or who he is. Shards of his former life return in brief flashes of color, as Wrack and his two companions, the warrior Brin, who seeks vengeance for the murder of her father, and the clever Avar, who has sworn his life to fighting evil in all its manifestations (and who is unsure of where Wrack fits in that category), traverse a bleak world, where seemingly immortal creatures with godlike power—the Doomed—wage war on each other and the living alike. A power awakens within Wrack, and with it, a dark hunger as the three companions find their fates are inextricably bound by prophecy.

Wracked was originally described to me as "Tolkien's Middle Earth if Sauron had won," and that's not a bad description. However, after reading the first installment of this series (which now includes two other novels, Desecrated and Flayed, as well as a spin-off novella, Shadow of the Pyramid), I have to adjust that description: Imagine Tolkien's Middle Earth if Sauron had won and Robert E. Howard was writing it.This book perfectly treads the line between high epic fantasy (a la Tolkien's Lord of the Rings) and swashbuckling sword and sorcery (such as Robert E. Howard's Conan series).

It is a relatively short novel, just over 200 pages, but Puster packs it full of moral philosophy, existential questions, heart-pounding action, and just enough wry humor to keep the story interesting without becoming comedy. However, the story never feels bloated or overstuffed. It is the first story in an as yet unfinished series, but it ends like a good pilot episode of a television series: the main plot is resolved with just enough closure for satisfaction while enough questions are left unanswered to bring you back for the next books.

I will be reading the rest of the series. In fact, I intend to read the rest of other four series in this list as well, so I should be full up on reading material until I retire.

And that's my list. I hope I've persuaded some of you to check out some or all of these self-published masterpieces, and if you do, I strongly recommend you leave a review for them. Even if you don't appreciate them as much as I did, a bad review is still very helpful to an author, especially a self-published one.

And if you have checked any of these books out, drop a comment below and let us know what you thought of them.

Be sure to join me next month to see what nuggets of wisdom I can throw your way. I know I'm looking forward to seeing what they are as well.
Louis Puster III self publishing The Saga of Ukomog Wracked