Why I won't be reading The Handmaid's Tale by Griselda Heppel 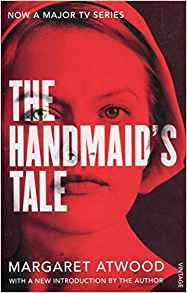 Amazon has just suggested my next read should be The Handmaid’s Tale. I feel like a recalcitrant schoolchild, who’s up till now avoided reading the class book and been found out. Nothing in my buying history – Walter Kempowski’s All For Nothing, Susan Cooper’s King of Shadows - can have pointed Amazon to this. No. It’s as if the super giant just knows what I’ve been up to and is holding me to account. 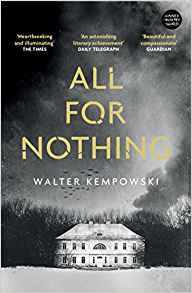 Or not up to. Because I haven’t watched a single episode of the TV version and have no intention of reading the widely widely widely publicised sequel, The Testaments. In other words, I am a complete Handmaid’s Tale refusenik. I can already see myself in the Bateman cartoon of The Woman in Waterstones Who Does Not Know The Handmaid’s Tale. 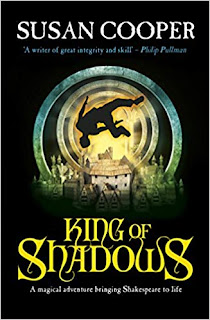 Except that I feel I do know it. Inside out, back to front, top to bottom, from here to eternity. Pretty hard not to when discussions of it fill every magazine, newspaper, even becoming, good grief, a main story on BBC news.

Here’s the gist: it’s set in a dystopian future America called Gilead, ruled by a tyrannical patriarchy, in which all the high status women have become infertile, with the result that the low status, fertile women are corralled into a permanent state of being raped and forced to bear babies that are then torn from them to be handed over to the high status women. The author, Margaret Atwood, is a top novelist, and the writing will be superb, and against this background heartrending individual stories will develop but I already know that I don’t want to read or watch them. A dystopian framework as brutal as this can only mean hell for the main characters, and, call me a wuss, but I’m not a great one for works of art that are full of unbearable pain. I have a growing list of plays and operas I will not go to see (Titus Andronicus, Tamburlaine I and II, Peter Grimes, Owen Wingrave, Billy Budd), while last month’s post mentioned a few books I won’t be reading again. 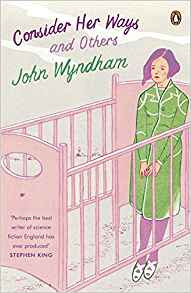 But… there’s something else. When The Handmaid’s Tale first came out in 1985, I had a sense of déjà vu. Fertile women being forced to bear babies in a strictly regimented society is the theme of Consider Her Ways, an intriguing novella by John Wyndham published in 1956. Admittedly, there's no male brutality here, for the insurmountable reason that in this dystopian future, men have died out and women have found a way to procreate without them; but the central character's plight in being denied any kind of life other than that of an illiterate, low status baby machine meant that the premise of The Handmaid’s Tale – for me, at least – lost some of its shock value. I’ve already read about that, I thought. Which wasn’t very intelligent of me, given that the same theme can be tackled by countless great writers and each will treat it very differently. But there it was.

So, Amazon, try me on something else. Magic and Fantasy Graphic Novels? That’ll do nicely.

I missed Griselda's last piece because I was in a bit of rural France which didn't even have broadband (good heavens, what would Boris say?!) and I'm also a Handmaid virgin, but the theme of books one doesn't want to read is close to my heart at present. My latest novella was inspired by a particularly awful Lancashire murder of the 1860's, and my normal ebook publisher wouldn't touch it. Opinion among my usual readers was fascinating. A majority thought it was among my better works, while others found it upsetting to the point of being unbearable. As an experiment I put it up on Kindle myself (at 99p - I'm not after money, just opinions) and so far it hasn't received one bad response; although I do know two people who have read it and won't review it.

The next stage in my experiment is to bring out a longer version, already written and toned down in many areas, to see whether it's considered better or worse. I've no idea if Kindle allows one to do such things, so it might have to come out as a two novella single volume. Now that WILL be a bargain! If anyone wants to punt a quid, it's called The Blood Hound, and it's here https://www.amazon.co.uk/dp/B07WFC956Z

Even unread, the novel provides grist for conversation and exploration of the issues it raises. I can't say I "enjoyed" the novel, but I was moved by it and admired how powerfully Margaret Atwood wrote it. Still, it also gave me a sense of deja vu - not because I've read "Consider Her Ways" (which I would like to do now that you've made me aware of it), but because it's themes of fanaticism and misogyny are all too familiar in our cultures worldwide. Likewise for the movie. We watched the first season of the series - far better than the film, but had to stop and bypass the second because it goes over the same territory. The protagonist continues to be a victim instead of joining the resistance and inflicting the damage that the self-righteous Gideon so richly deserve. I won't read Atwood's sequel for the same reason. I'm fed up with seeing fascists and fanatics getting away with everything in Washington and everywhere these days. I'm in the mood for seeing them go down - even if its corny. And seeing that it happens in what ways I can help.

Hi Griselda, I am full of admiration for your stance - we shouldn't be browbeaten into what we read or want to read. . I actually loved the Handmaid's Tale when I read it in the eighties but the topic was entirely new to me and I loved the style of writing - possibly found her Cats Eye even better.
However for me it was a one-off and although I thought the TV version was good I didn't want to go beyond series one. I've dipped into the Testaments on BBC sounds but feel it is very much a revisit of the same thing. For me THT is a modern classic which should be left as it is - I don; tthink we need new versions for other generations to discover - let them discover the original.

I did read it, ages ago, and it haunted me. I couldn't watch the tv version. I'm with you Griselda.

Thank you all - you've given me lots to think about. I know I'm chickening out really but as Ali says, there are so many good books that you know you want to read, you can pass on a good one that doesn't attract. It does mean I'm missing out on Margaret Atwood though, who is clearly a great writer, so I think I should try Cats Eye.
Jan, your murder novel intrigues me but also sounds very upsetting - not sure it's for me! But one can be delightfully surprised when occasionally stepping out of one's comfort zone - I would never have read Rohinton Mistry's A Fine Balance, for instance, if someone hadn't picked it for a book club, and the story, with all its pain and sadness, is one of the most powerful evocations of the triumph of the human spirit I think I've ever come across.

thanks for share. help your dog live longer
skyscraper technique

Griselda, I wasn't absolutely sure the way I wrote the book wasn't going to 'be' for anyone. But I wanted to find out, and pitched the price so low so that I wouldn't be robbing those who hated it. Being gruesome for its own sake doesn't appeal to me at all, but I've long felt that many 'genre' crime books romanticise dreadful events in a way I don't particularly want to buy in to. It's a hard one, though!