Is A Level English in decline? Perhaps - but not for reasons that you think, says Griselda Heppel

The A level results are in and it appears there has been an overall 13% decline in the number of students choosing to study English Language and Literature. The reason? According to several prominent writers and teachers, it’s all down to Michael Gove. His recently reformed English GCSEs have taken all the joy out of the subject, thereby deterring young people from continuing it in the Sixth Form. That is quite a claim. It ignores other factors at play, most importantly the government’s push for more students to study STEM (Science, Technology, Engineering and Maths) subjects; any promotion of one subject has to be at the expense of another. That is the price we pay in the UK for not following the Baccalaureate model. Still, the message is that English GCSEs aren’t as fun as they used to be. As an assistant headteacher put it, in the Guardian article referred to above: ‘GCSE English language is sucking the joy out of the study of how we communicate: the power and beauty in words.’

Now, my memory of English Language O level (antediluvian that I am) is that power and beauty played no part in it at all, except in the creative writing question (which also exists in today’s GCSE, so no change there). The rest of the exam was made up of a multiple-choice Comprehension and a tedious, difficult passage to Precis. Not a lot of fun. But presumably the point of an English Language qualification is to test a student’s ability to understand and use language in different ways; looking at the 2 papers (Explorations in Creative Reading and Writing and Writers’ Viewpoints and Perspectives) that make up the current GCSE, I’d say they do just that, demonstrating the power and sometimes the beauty of words far better than in my day. 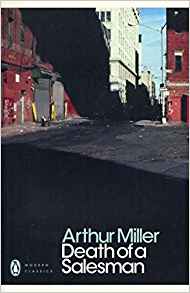 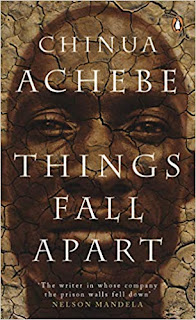 Perhaps it’s GCSE English Literature that’s the problem? If so, I have news for the Gove critics: the rot set in a good 20 years ago, when cramming the syllabus with misery literature became all the rage. The message was clear: reading books will make you unhappy. Forced to study Death of a Salesman aged 12 and again later at GCSE, together with Heart of Darkness, Frankenstein and Things Fall Apart, my youngest son had no desire to continue with English at A level. (He was at least spared The Mayor of Casterbridge and Of Mice and Men  which his sisters endured.) 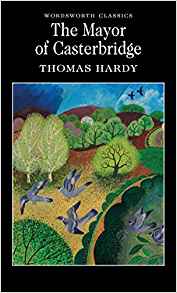 Yes of course these are all great works – but how can an unrelenting diet of bleakness, failure, humiliation, cruelty, loss, loneliness and despair encourage anyone to feel that reading is fun? Throwing in the odd classic that has happy, lighter moments as well as sad ones – Jane Eyre, A Christmas Carol, Pride and Prejudice – would that have hurt so much? I can’t trace the pre 2017 list of texts now but am delighted to see all these given as options in the new GCSE, as well as the other books above. 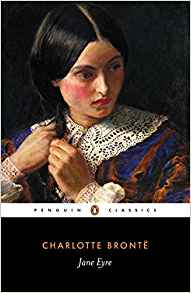 So if my son’s experience is anything to go by, the new English Literature GCSE looks more, not less, inviting.

But there’s more to it than that. According to writer and poet Professor Michael Rosen the new exam is more “mechanical” and less creative: 'The student’s own response is not seen as relevant.' Again, I’ve looked at the papers and seen no evidence of this but that doesn’t mean to say it isn’t there, because this is a question of ‘tick-box’ marking, where examiners expect certain points to be made and no others.

And that problem, too, goes back at least a couple of decades, perhaps to the birth of GCSEs themselves in the 1980s. Given a poem to comment on for homework, my sons as teenagers reacted in the same way: ‘What’s the point, Mum? Everything they want you to write is boring and obvious and if you think of something different to say, you lose marks.’

Which is why Professor Rosen and others seem to me to be going for the wrong target. If we really want English literature to fire young people’s imaginations – at GCSE and A Level – it’s not the new exams that need to be tackled, but the inflexible marking scheme.

Then the power and beauty of words might at last have a chance to speak.

I suspect my experience of all this is even further removed than yours (by a long distance) Griselda, but I was also struck by the unsettling news.
I actually won the 6th form English prize at school, an event I remember not for any value I attach to it but because of the way our English teacher announced it to the class – as if it were the most surprising and unjust decision in all his several million years in the profession.
But I've also taught French at school and university and I have no doubt at all that the French approach to literature, which they call ‘Explication de texte’, is a far more sophisticated and useful discipline. I’m sure I’ve bleated on about this in a blog at some point, but ‘explication’ is not the same as ‘explanation’. In fact, a poet friend and colleague of mine, sadly no longer with us, used to say of the approach of some of our colleagues in the English department that, rather than analyse poems, they marked them.

That comment of your colleague's says it all! I'm intrigued by what you say about the French approach to literature and I'd love to know more about 'explication de texte.' If you have blogged about it already I've obviously missed it so please do so again. I thought that the French educational system was in general less flexible and more prescriptive than the English, but maybe no longer.

I think it’s probably true that the baccalaureate system is more prescriptive in that it tries to cover a wide area systematically and has evolved set ways of achieving that (but I’m no expert). My admiration for its textual analysis techniques is that they persuade students that literature is about far more than ‘stories’. I tried to elucidate that in my first ever blog for AE. The link to that is:
https://authorselectric.blogspot.com/b/post-preview?token=APq4FmDRppxzTqd3Pn5C6WbKplOkMWSjqd3MIfZB0O-Rx-zSzvJt0TzpubgfF1oVX3YSiUavvvjm_I6Fl6VPzFb22I1N1cqftiFBDz37Q_UH1-CtiF_GFZ4_l9wGR_0nvqKXKY9lHYme&postId=6681904957592834159&type=POST
I’ve tried it and it does work but may need some fiddling. If you can’t access it, let me know and I’ll send you a Word copy of it.

One of my daughters, an exceptionally bright, precocious child, turned sour on English after being forced to plow through "Great Expectations" at an age far too young and impatient for Victorian prose. She did however, become a doctoral candidate in systems neuroscience, which has to be at least as complex, but I suppose more intriguing than Dickens. Thanks for your insightful post.