A Platform is a Writer's Most Valuable Asset -- Andrew Crofts

A “platform” is the most important attribute a writer can possess. (Having the ability to write could be argued to be more vital, of course, but then us ghostwriters are always available to sort out any lack in that department).

Two books have brought this thought to the front of my mind. One of them comes with quite possibly the greatest author platform in the world, while the other has – like most of the rest of us – had to rely more heavily on serendipity.

Barack Obama is arguably the man with the most interesting autobiographical material available at the moment. Not only did he come from virtually nowhere to be the leader of the free world, he also held onto his integrity to a degree that in the current political climate is almost impossible to envisage. On top of that he is a fabulous writer.

I admit I am biased and there is a chance that he has faults which I am too starry-eyed to see, but I think almost half the world’s population thinks roughly along the same lines as me on this, and an awful lot of them are the sort of people who like to read books. Put all these pluses together and you end up with an author to whom publishers are willing to advance tens of millions of dollars, and for whom tens of millions of readers will happily shell out to reimburse that advance. 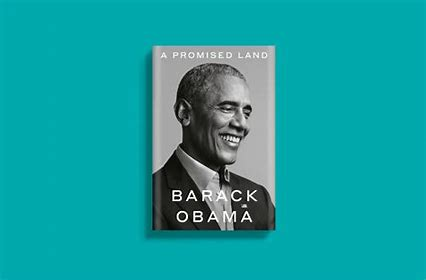 At the time of writing this, I am still less than half way through the book, but it already seems to me that the publishers have invested their money wisely. It is just as good as you would expect it to be.

As a veteran of hundreds of pitches to publishers over the years, the idea of being the possessor of such a fabulous platform from which to pitch the sale makes me feel positively giddy.

The other big publishing story is a more familiar one in the world of authoring. Douglas Stuart, first time author of a novel called Shuggie Bain, gets rejected by virtually every publisher on the block except one, and goes on to win the Booker with apparently unanimous acclaim from all the judges. 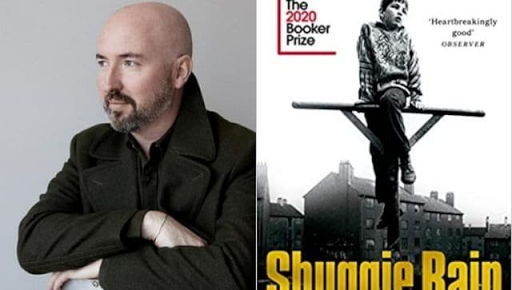 If Picador had not agreed to buy the book, (and the odds must have been against it, since all the other professionals had failed to see the potential), or if they had subsequently neglected to enter it into the Booker, Shuggie Bain might well have disappeared into the apocryphal bottom drawer that all writers have, (these days I suppose it’s more likely to be an old hard drive).

If Shuggie Bain had been written by either of the Obamas, or Kim Kardashian, or even one of the Trump tribe, things would, no doubt, have gone a little differently.

None of these thoughts will come as a surprise, of course, to anyone who has ever been in the business of trying to get people to publish, buy, read and recommend their books. It seems, however, to be a vivid illustration that, as with so much else in the modern world, the gap between the top and the bottom of the market has widened to an unsustainable level.

Penny Dolan said…
Should this also include something like "Or if Picador had not had and been willing to offer the funds to support their Booker entry", Andrew?

Andrew Crofts said…
Indeed, Penny. So many ways in which Shuggie might have missed his moment in the sun.
27 November 2020 at 12:24

Griselda Heppel said…
Now I definitely feel a dunce. You mean entering a book for the Booker prize costs a shedload of dosh - in what way? Huge print runs? Buying shop window and table display spaces in all the big chains? So much the outside world doesn't know....
28 November 2020 at 15:50

Andrew Crofts said…
The publishers must agree to providing copies of the books, contributing to the promotional budget (£5,000 per shortlisted book, £6,000 for the winner this year, I believe), they must agree to attend the ceremony, which I am guessing is not free. No doubt this is worthwhile for the more accessible titles that go on to sell in big numbers, not so sure about the more cerebral ones.
28 November 2020 at 19:13

Griselda Heppel said…
Goodness, I had no idea. So when a small publisher gets a book shortlisted, it's very exciting for them... but also a huge outlay, much bigger for them relatively than for the big 6 (or 4 or how many conglomerates there are these days). Someone has to pay for all the promotion of course. One just doesn't usually think about it.
2 December 2020 at 18:38