Of Apathy and Awards - Debbie Bennett 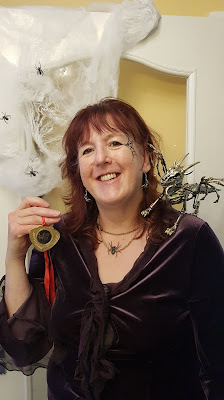 Where has the time gone since last month? I’m finding that in this year of not being able to do very much, time is actually passing rather quickly. It doesn’t seem like nearly 8 months since we were all told to STAY INDOORS. The spring and summer went past in a blur of inactivity and now we’re in November with the first frost yesterday and the garden a mess of soggy leaves and needles from next door’s hideous tree.
So what do I have to show for months of not-going-out? Absolutely nothing apart from a short story which is hiding on my computer and waiting to be submitted to an anthology in early 2021. You’d think I’d have done more, achieved more with all this enforced staying in. But I’m lucky enough to still have a job and still be working. I haven’t really saved on travel time either since my daily commute is only 15 minutes each way and I’ve been in the office 50% of the time anyway. And there’s still housework and other stuff going on in my life. And somehow I have zero inclination to write in all of this.
You’d think I’d welcome more time to write. But I’m generally far better with a deadline (probably why I am writing this post at 1pm on 5th November – and I have a dentist appointment to go to later on). Having endless hours of an evening simply makes me want to go and watch television instead. Andy and I are currently working our way through Star Trek: Discovery at the moment.
In other news though, previously-written stuff is bearing more fruit. The White Witch script I wrote for a Dr Who spin-off series a few years back has won a film-festival award and is nominated for others (and a finalist in one). The award was for actress Damaris Hayman’s monologues, which is effectively the scripts, so our producer Keith managed to procure some extra awards for us and we all did some Halloween promotional photographs - you can see mine above. It's amazing to get something like this; when you put so much work into something, having official recognition makes it all worth while. 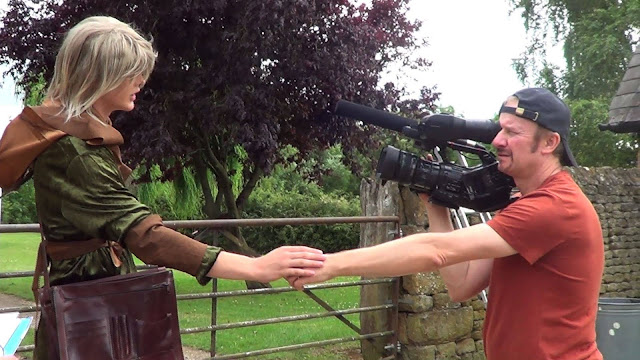 As I said we're a finalist in another film festival too - the Monologues & Poetry International Film Fest. In even better news, the episode they've decided to show at the festival is the one I wrote. It's called The Cat Who Walks through Worlds (in a nod to Heinlein's novel). These are some stills from the filming (C) Reeltime Pictures Ltd, and the actor is exactly how I pictured him when I was writing. It's quite weird seeing your characters brought to life in this way. The film festival and screening is an online event on Sunday 22nd November and free to attend, but you need to register to get a link. 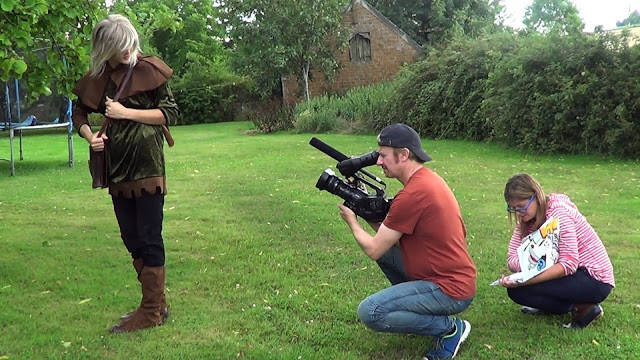 Umberto Tosi said…
Pretty darn impressive, Dabbie, regardless of subjective perspectives. I know the feeling, though.
6 November 2020 at 02:45

Jan Needle said…
Count me in on Umberto's comments Debbie. You're doing a damn sight better at this lockdown shite than I am. Congrats!
6 November 2020 at 10:57

Griselda Heppel said…
Congratulations! Fantastic achievement and so exciting that more are in the offing. Sounds a pretty good result of lockdown to me.
6 November 2020 at 13:13

Peter Leyland said…
Thanks Debbie for a stimulating piece. You are right about deadlines. I've no sooner published one of these blogs than I'm thinking about what the next one should be. Must be missing my lesson planning.
7 November 2020 at 14:53

Katherine Roberts said…
Many congratulations, Debbie! No apathy at all.
7 November 2020 at 18:02

Those are incredible awards, so impressive. I've felt the same apathy and need deadlines as well.

We continue to move forward despite it all!

Cecilia Peartree said…
Congratulations, Debbie - good to have a bit of excitement too!
12 November 2020 at 11:36