Who Said That 🗨 Neil McGowan

Over the last few weeks I've been sifting through a pile of short stories written by new, local writers. There are a couple of reasons for this. The first (and the most important) is to provide a critique that will encourage the author and help them improve their story. Secondly, I wondered if there would be any common themes identified which might form the basis of an article.

Forty-three stories later (it was all short stories, 3000 words maximum - I am the first to admit I know almost nothing about poetry) there was a clear theme that stood out.

Or rather, an over-enthusiastic approach to them.

I could go on. The point is, none of these options are wrong, when used in moderation. But if every sentence of dialogue has a different tag, it becomes hard to read, and may lead to the reader losing the connection with the story, or, worse, abandoning it.

The best form of dialogue attribution is none at all. The words (and the situation) should give the reader enough context to infer how they were spoken. Tone and volume can be indicated in other, more subtle ways that better serve the story. If I'm writing a tense scene where two characters are hiding from a third, rather than just use '(s)he whispered', I'd much rather show this through actions - perhaps by having one of the characters raising a finger to their lips and shaking their head. The words should need no other labels.

The same holds true in scenes with extended dialogue. Tone, and context should be inferred by the situation. Keeping track of who is speaking should primarily be driven through the character voices. Occasionally, it may be necessary to add a tag for conciseness, but this is where the second-best option comes in: Said.

Again, the dialogue itself should provide enough context for the reader. Adding '…said' is adding clarity without colouring the reader's perception.

Like all things writing-related, there are exceptions to this (I'd choose 'whispered' over 'said softly' every time) but it's something I (try) to apply to my own writing. The first rewrite is where I try to catch all those little slips and tidy them up. Do I change every single one of them? No. But does it lead to a better story when I do? Yes. Concentrating on dialogue often reveals weak or sloppy writing that can be improved, or poor characterisation.

Peter Leyland said…
Interesting Neil. What do you think of dialogue in a play-script format? Could how something is said be inferred from the words alone and would that be acceptable in the short stories you look at?
8 November 2020 at 11:03

Neil McGowan said…
Hi Peter, I would say with play scripts it's definitely down to tone and inflection. I've dabbled with radio scripts and read a fair amount that have been produced and there's very little direction for dialogue. Interestingly, there seems to be slightly more in television scripts, although you'd think the visual contact would indicate less direction would be required. For me, when I'm reading, I like the author to allow me to form my own view of speech without being spoon-fed all the time. A little is okay, but tagging a every bit of speech, for me at least, serves to jar me out of engaging with the story
8 November 2020 at 11:57

Dora said…
I have been an Indie author for the past 5 years. My marketing strategy is simple. I write a book, use beta readers and editor to take the book to the next level in reading experience.
I use http://honestbookreview.com/ to gather book reviews. I buy their membership plan around Christmas and get a 100% Cashback.
This strategy is simple and worked well for me over the years.
8 November 2020 at 21:21

Hyba Is Writing said…
What an interesting observation! I have noticed in my writing circles that a lot of writers still starting out do tend to take a lot of internet advice to heart and sometimes follow it to a rigid fault. There are a lot of advice articles out there on writing that tell writers not to use "said" with every bit of dialogue and to instead vary it a bit. I think, though I can't be certain, that perhaps what's missing there is that these writing tips articles should also let writers know - through examples, if necessary - how else to approach dialogue if not with too much "said" (or, at least, how to use "said" and its alternatives efficiently). At the end of the day, moderation seems to be key in everything. As an aside, it might be of interest to note that writing advice posted online in general has been somewhat criticized in writing communities for being too rigid, in a way, and making people feel like they need to take those tips as uncompromisable rules to the detriment of their writing.
9 November 2020 at 00:08

Neil McGowan said…
Hi Hyba, my writing group is the same - we've had a couple of new members recently and that's what sparked this whole train of thought. I'd agree that a lot of guidance on the internet is too rigid and doesn't often give concrete examples as well - the key is, I think, to take it as one particular approach, rather than as a definitive method. I'd always advise people to go with what feels 'right' (the best description I ever heard as someone who said the words had to look right shape on the page, as though they belonged there).
Out of curiosity, I had a quick flick through some of the books in our house and 'said' was the word that jumped out at me most often. There was lots without attribution, and also some alternatives, but 'said' seemed to be a lot more prevalent. Totally unscientific (just grabbed the books closest to hand) but I find it interesting, might look at it in more detail
10 November 2020 at 12:14

Eden Baylee said…
Agree Neil... The dialogue itself is what’s important. The tag is just functional and in most cases, the word “said” is sufficient and the most unobtrusive.

As well, not every line of dialogue has to be attributed, but I always err on the side of caution.

Binge-watching the Masters by @EdenBaylee

At the start of December 2019, I gave myself a gift of learning. I'd seen numerous ads for MasterClass while searching for interesting gifts for the holiday season.  If you're unfamiliar with MasterClass, it's a streaming platform of online courses that started in 2015 with a simple pitch: Famous people teach you about the thing that made them famous. At the time, the courses that interested me most were from writers: Neil Gaiman, Margaret Atwood, Malcolm Gladwell, Joyce Carol Oates, just to name a few. MasterClass, however, includes instructors from all walks of life—from Dr. Jane Goodall who teaches Conservation to Helen Mirren who teaches Acting to Annie Leibovitz who teaches Photography.  You can either purchase a specific course along with its instructional videos and workbooks, or buy an annual membership which gives you unlimited access to all the classes, including new ones that are added during the year.  I decided to pick up an annual subscription and a second on
Read more 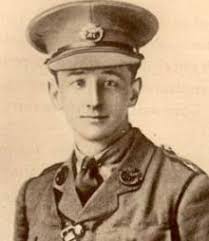 Frederick Norway (Nevil Shute Foundation) Nevil Shute Norway was born in 1899, part of the generation whose schooldays were overcast by the ever growing Roll of Honour as younger schoolmasters and older contemporaries died in the First World War. As a teenager he came to believe that ‘I was born for one end which was to go into the army and do the best I could before I was killed.’ ( Slide Rule )  His older brother Frederick did exactly that, leaving university in his first year to join the Duke of Cornwall’s Light Infantry and arriving in France at the end of December 1914. Fred survived the 2 nd battle of Ypres in the spring of 1915, but was wounded in trenches near Armentieres and died aged 19 in Wimereux hospital with his mother by his side. The Norway family were living in Ireland then: Arthur Norway was secretary to the Post Office and the depleted little family was thus directly involved in the Easter Rising of 1916. Arthur was briefly imprisoned in Dublin Castle as Patrick P
Read more

Money, Politics and Russian Ballerinas -- a review by Susan Price

Mr Keynes' Revolution by E. J. Barnes For the last ten years the people who've have manouevred themselves into a postion to make law and policy have been obsessed with 'austerity.'  For other people, of course, not for them. Their only idea of 'economy' was to cut. Cut wages. Cut funding. Cut jobs. We've heard the tired old argument that 'the economy is just like a household. You mustn't spend more than you earn.' Look away from the wagging finger and study some of the richest people in our economy instead. Ask yourself what the word 'earn' means. And also, where the money generated by our economy is being spent. (Millions on the white elephant that is HS2? Millions on Piffle-Paffle's 'Garden Bridge' which hasn't and never will be built?) When most people manage their household economy, the first thing they set aside money for is the rent or mortgage -- but this country, under Tory management, first sold off social hous
Read more

Balancing The Christian and Paranormal in Books by S.C. Skillman

My good friend Sheila Robinson, who writes as S.C. Skillman has a brand new book out and I'm fascinated as to how she blends this with her Christian Faith. I was delighted when she agreed to guest post for the blog to talk about this subject, one which I feel needs discussion. Thank you, Sheila. I know this will be good.  BALANCING THE CHRISTIAN AND THE PARANORMAL IN MY BOOKS Thank you, Wendy, for offering me this space on your blog to introduce my books to your readers. I am a Christian, and I write about the paranormal. Some may think it’s a bit odd for a Christian to be doing this, and a few have asked me how I reconcile my Christian faith with writing about the paranormal. But they are indissolubly linked with one another. In fact, I would argue, who better to write about the paranormal than a Christian? First let me define paranormal as strange events for which there is no scientific explanation. For my new book Paranormal Warwickshire (published by Amberley on 15th November
Read more 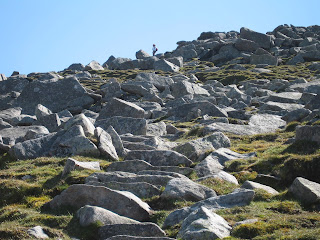 An acknowledgement right from the start. I owe the inspiration for this piece to our fellow AE member (and my good friend) Eden Baylee. All will be revealed in due course.   Lochnagar My theme is the Scots dialect (or bits of it, anyway). I’m English but have been fortunate enough to live in Scotland for most of my life. You’ll have seen the images of the place – gorgeous, accessible hills and glens, lochs and rivers – heard the magical names – Loch Ness, Glencoe, – and you probably have your own ideas, positive or otherwise, about it. My focus here is on just one aspect of it, one which I, even as a Sassenach, appreciate as much as, or perhaps even more than some Scots do themselves, their language. What better word, for example, to convey the exact feel and nature of a dreary, rainy overcast day than ‘dreich’? Or what better label for a stubborn woman or naughty girl than ‘Thrawn besom’? (When I checked the spelling of this in my dictionary I couldn’t resist copying the example
Read more