The world never tires of telling us that we're not Real Writers now and we never will be.

In the beginning, we all were Too Young...when we dreamed of writing books like the GOATs we loved.

Then, when we'd written scores of stories or poems and had finally chiseled our own voice and style, the rejections began coming in. We encountered a chorus of form rejections convincing us we weren't Real Writers. And the charge was echoed by everyone we met: if unpublished, we couldn't be Real.

In time, against all odds, we actually sold a book to a traditional publisher or to a small press. Either way, the initial rush and sense of validation crashed: the book had a limited press run, appeared on no bookstore shelves, gathered almost no reviews, and sold seven copies. The next book did not better, leading our publisher and agent to conclude they'd been wrong: we weren't Real after all. We were dumped.

But even if our books enjoyed limited genre success, strangers lost interest in us quickly when they learned we wrote Mystery, Horror, Romance, or Science Fiction. For these aren't Real Books if they haven't been optioned by Netflix, HBO Max, or Amazon Prime. How much money have we made? And how can we be Real if that's true?

We may be driven to self-publish, turning out beautifully designed, professionally edited work. But it's no use telling anyone of well-known, fabulously $ucce$$ful books that had been first self-published: from Fifty Shades of Grey to The Martian to The Tale of Peter Rabbit to The Celestine Prophecy...

You'll have as much luck as with convincing a brother, sister, or childhood friend that you really are a Real Writer. 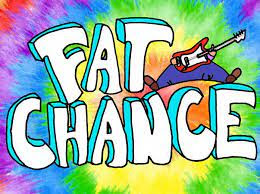 As depressing as all of that sounds, think of this: say you've written masterful genre-bending novel that's well-received by critics, loved by great numbers of readers-- but is viciously trashed by your peers. You're slimed and shunned and left for dead: the fact is, you're not a Real Writer at all, just a sad imitation of others who were. And God help you if you fail to put a free copy in the hand of every stranger who won't read it.

And yet here I am, still in the arena after all these years. And the reason for that, friends, is simple. The many joys of the writing itself far outweigh the griefs. Moreover, in whatever form or time all writers must transcend the Imposter Syndrome: the haunting sense that their work doesn't belong in the same ball park as that of their own heroes.

We must always keep in mind Leonard Cohen's counsel:

'Act the way you'd like to be and soon you'll be the way  you act.'

Or, updated for literary Imposters:

And, at all costs, remember: Those who are throwing the I-word at you may be the least Real of all. 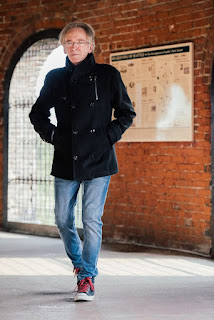 Peter Leyland said…
Excellent Reb, I absolute love it. A real tonic on this lovely morning in England. And as for a quote from Leonard Cohen, well say no more.
14 May 2022 at 08:03

Reb MacRath said…
Thanks for the kind words, Peter. Needless to say, the pocket-sized Everyman edition of Cohen's verse is one book I'll take with me to Tucson.
14 May 2022 at 17:06

Sarah said…
Thank you - as a writer who has never even managed to write a "whole" book I needed those words.
One day I will have a book published, in some fashion. I just need to believe it - and carry on writing might be a help!
5 June 2022 at 09:53

Reb MacRath said…
Sarah, I'm glad you related to my post. More than ever I've come to see writing as a 'confidence game'. And attitude and faith beget confidence. Write on!
5 June 2022 at 18:04