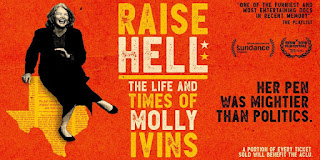 I've always been ambivalent about having cut my teeth in the cigar-hazed city room of the Los Angeles Times, then a 1960s metropolitan newspaper with more editorial lineage than any other nationwide. That was back in the days when "stop-the-presses" could be taken literally! I can never figure out if that initiation by printers' ink sharpened or dulled me as a latter-day author.

My early years as a journalist, followed by decades of magazine freelancing and sitting behind an editor's desk certainly instilled me with deadline discipline and fetishes for facts, factoids and specificity. I've always feared my nose would grow if I didn't get whatever I was writing right.

It was always a balancing act on the high wire of deadlines. Self-doubt and existential angst be damned! Get it right, or leave it out. Get your best in on time. 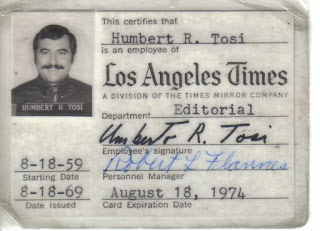 But no dithering. To succeed, the working journalist must become tougher than the average literary bear.  Mary Ford - author of Boy at the Crossroads -  put it in a Writers' Digest article: "A big advantage journalists have is a thick skin. They are used to being edited, having their stories cut and having part rewritten for clarity."

I applied these habits to writing fiction with relative ease. My fascination with details proved abiding during the long hours of research that went into Ophelia Rising as it shaped itself into an historical novel I populated with real life characters and lore about the lives of players in the Elizabethan era in which my Ophelia's adventure takes place.

Orthodoxy can also be a journalist's bane, however. The late great California-born, Texas political writer and nationally syndicated columnist Molly Ivins put it succinctly when it came to the journalist's efforts to maintain academic respectability. 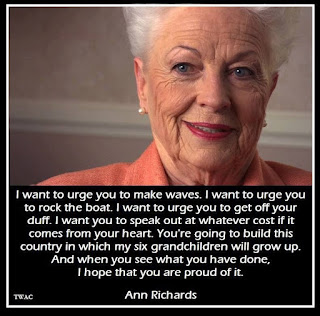 "American journalists deliberately dull their own tools," said Ivins. She was among the newspaper columnists whom I most admired and aspired to over the years  - along with Jimmy Breslin, Mark Royko, and Herb Caen  (as I explored in my Authors Electric posting - "Seven Years a Blogger" - last May. Her columns were full of insights offered with imaginative, courageous, and outrageous wit.

Ivins excelled at tipping sacred cows. She wasn't nice, but nevertheless delivered her vitriol without malice.

Ivins was a friend and staunch supporter of the late Democratic Texas governor Ann Richards, and a gadfly when it came to Richards' successor, and eventually president, George W. Bush administration. (It's hard to believe that not so many years ago in 1995, Texas had actually elected as enlightened a governor as Richards.)

Ivins not only spoke to power, she baited it. She christened Bush as "Shrub," and "Dubya." She held nothing back when it came to exposing Texas statehouse graft and later in opposing Washington's reactionary venality and Bush's invasion of Iraq in 2003. It's tragic that she died too soon (of breast cancer) to get a real crack at Trump.

Ivins bemoaned 21st-century American journalists' tendency towards" respectability. "What journalists do too often is get the fact straight and let the truth go hang itself," she said aptly.


The corollary, she added is that striving towards "objectivity ... makes American journalism a megaphone for those with power." She never went along even though "sometimes you can get yourself fired, like I did..."

"It seems that in some ways they are getting better," she added. "It's not as bad as it was when I started, but then that's damn little consolation." I observe that trend myself. But then I'm a closet optimist.

Mark Twain and Charles Dickens, the19th-century author heroes of my boyhood started with newspapers - like many of their day - and wrote masterpieces in the process. That was long before literature became the province of university writing programs and corporate book publishers. Literary writing didn't even call itself that and was married to inky periodicals in those days, sharing stormy lives in the rougher parts of town.

They enthralled the masses and made their patrons uncomfortable. Sainted troublemakers like Upton Sinclair, Jacob Riis, Ida B. Wells. Ida Tarbell, Florence Kelley, and Lincoln Steffens, and John Spargo risked jobs, lives and limbs to expose corruption and evoke compassion for the sorely oppressed. Sometimes they actually made a difference.

I find that even the quirky writers I admire come from the eccentric world of newspapering. For example, Annie Proulx - most known for The Shipping News and Brokeback Mountain - spend decades freelancing for small town newspapers and niche magazines before hitting it big.

Alas, the influence of newspapers has dwindled with the number of their survivors in the digital age. In place of publishing's formerly rich and varied ecosystem we have monopoly media giants sucking up attention and profits, self-conscious, ivory tower academic writing programs. Earnest podcasters,  indie- and self-publishers like myself populate remaining vastness struggling to survive like plankton in polluted seas.

Our advantage is freedom to create and publish as we please and see fit free of stuffed shirt supervision.

I'm a decade into my experiment in writing fiction - which I came to full-time only late in life. At first I thought about my newspapering experience is something to overcome. I'd keep the self-discipline while dispensing with the formalities of the trade. My reading tastes run towards magic realism, but my old habits keep steering me back into conventional world's thickets. I keep wandering between universes, hoping to hid my stride, not realizing perhaps that this meandering may well be my stride - or style. 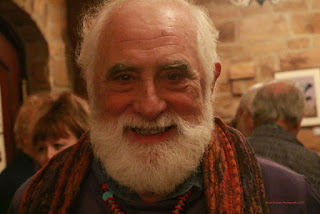 Umberto Tosi's books include the highly praised, Frank Ritz, Hollywood noir detective mysteries The Phantom Eye, and Oddly Dead. plus his story collection, Sometimes Ridiculous, plus books Ophelia Rising, High Treason, Sports Psyching and Our Own Kind. His short stories have been publishe in Catamaran Literary Reader and Chicago Quarterly Review where he is a contributing editor. His nonfiction essays and articles have been published widely in print and online. He began his career at the Los Angeles Times as a staff writer and an editor for its prize-winning, Sunday magazine, West. He went on to become  editor of San Francisco Magazine. and managing editor of Francis Coppola's City of San Francisco. He joined Authors Electric in May 2015 and has contributed to Another Flash in the Pen and One More Flash in the Pen. He has four adult daughters. He resides in Chicago. 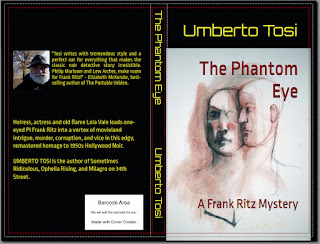 Aliciasammons said…
"They enthralled the masses and made their patrons uncomfortable. Sainted troublemakers..." Best description of great journalism-- ever. Wonderful read!
6 September 2022 at 05:07