If you're going to quote from the King James Bible, get it right, pleads Griselda Heppel 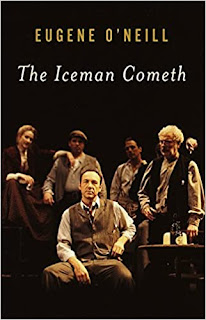 A long time ago, when I worked at the BBC, the fridge in the news production room bore a handwritten notice that said: ‘The iceman cometh… and getteth you if you don’t refill the ice tray!’
I recognised the reference (have to admit I have still never seen Eugene O’Neill’s play) and was amused by this way of delivering a message to all those irritating people who return empty ice trays to the freezer. I assumed, also, that the grammatical howler was deliberate, with ‘getteth’ being merely a nod to ‘cometh’, not that the wag who wrote it genuinely thought this was the way Elizabethan language worked. (For sense it should have read 'and will get you'.)
That assumption may have been correct then. Or possibly not. It certainly wouldn’t be correct now.
One of the greatest pieces of literature in the English language is the King James Bible. Translated from the Greek, Hebrew and Aramaic texts by 47 leading 17th century biblical scholars, it contains passages of such poetic beauty that the theory that Shakespeare may have been one of the contributors rings true. Published in 1611, this version of the bible, in more or less the same form, continued as standard in churches right up to the 20th century, its cadences rooting themselves into people’s consciousness even as its language dated. By the time new translations to fit the modern age began to appear in the early 20th century, the use of ‘thou’ and ‘thy’ had died out (at least in standard English, not in some local dialects) but no one had any trouble understanding how they worked.
The dropping of the King James Bible combined with increased secularism means that this is no longer true. Which is fine – why should people be able to conjugate the verb ‘To have’ in its archaic form? 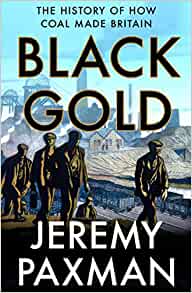 Well, only because, if you want to use old biblical language for effect – as writers, journalists and people in public life often seem to – then, for goodness’ sake, take the trouble to get it right.
I am currently reading Black Gold by Jeremy Paxman, a well-researched and graphically described history of coal and its impact on society. Paxman rightly points out the huge disparity in wealth between the (mostly) aristocrats lucky enough to have coal seams discovered on their land and the miserable poverty-stricken workers in the pits. But in heading a chapter To Those Who Hath Shall be Given, couldn’t he – or his editor – have just checked the line from St Matthew’s gospel before mangling it? Didn't the construction those who hath bother anyone proofreading the manuscript?
Here is the verb 'To have' in its archaic form:
I have
Thou hast
He/she/it hath
We have
You have
They have.
The original quotation from St Matthew is, For whosoever hath, to him shall be given. Render it in plural and you get They that have shall be given. Not 'those who hath'. Not ever.
If Paxman was familiar with the King James Bible – or just with a bit of Shakespeare, actually – he couldn’t have made this blunder. And if not familiar, why use the old language at all?
Unfortunately, Paxman isn’t alone in thinking it’s clever to use Shakespearean English with no respect for its grammar. I wince whenever I hear someone defend another’s mistake with a lofty, ‘Let he who is without sin cast the first stone.’ Let he? Ye gods. Omit the relative clause and the main sentence would read, ‘Let he cast the first stone.’ Oh yes, and ‘let I go!’ is what I’d shout if someone grabbed me (grabbed I?) in the street.
And for anyone accusing I of pedantry, just leave I alone, OK?
OUT NOW
The Fall of a Sparrow by Griselda Heppel
BRONZE WINNER in the Wishing Shelf Awards 2021
By the author of Ante's Inferno
WINNER of the People's Book Prize
www.griseldaheppel.com
https://griseldaheppel.wordpress.com.
Authors Electric Blog Black Gold Griselda Heppel Jeremy Paxman Shakespearean English The King James Bible

Peter Leyland said…
Well, I thought I was going to get a disquisition on The Iceman Cometh, Griselda, one of my favourite O'Neill plays, having studied his monumental works for the American part of that dear old English Lit degree of mine.

But no, so I had to turn to my Bible Class Prize from 1966, 'translated from the original tongues' 1611, and revised a few times until mine, published in 1952. I looked in Matthew in vain for a 'hath' but they must have got rid of them. There are, however, lots of very scenic pictures of places in Israel to make up for it.

But to cut matters short, and I am such a rambler, I recommend seeing The Iceman Cometh, or if not that then Long Days Journey into Night, his magnum opus.

As for Jeremy Paxman, well perhaps he was having a meltdown prior to leaving University Challenge!

Thanks for your post, in which one thought leads to another, and which as often on this beloved site wakes me up in the morning.
1 September 2022 at 09:50

Peter Leyland said…
This comment has been removed by the author.
1 September 2022 at 09:50

Peter Leyland said…
This comment has been removed by the author.
1 September 2022 at 09:50

Griselda Heppel said…
Now there’s a challenge, Peter! I feel bad now for teasing AE readers with a promise of Eugene O’Neill, only to bark up a completely different tree. To make amends I shall hunt down both those plays and read them. (Are they performed nowadays? I don’t think I’ve ever seen them advertised, even in my university days. Jacobean tragedies were clearly far more fun to act, judging by the number put on by the students.) There May be a future AE post there, who knows?

Peter Leyland said…
Returning from 5 days in Scotland and what a long time ago that seems now Griselda in the light of recent events, but I do remember seeing Olivier in Long Day's Journey into Night at The National in 1971 and what a memory it is too.
10 September 2022 at 17:20