Anyone like to be the new Bob Dylan? by Ros Warren 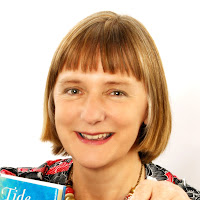 Just listened to a programme about Bob Dylan and realised yet again that if I could choose another life on earth, I would want to be a musican/composer/performer/songwriter or some combination of all of these.  Now please, if you know me, don't laugh. Or try not to, anyway.

I'm  not sure whether these unconsummated longings were at the back of my mind when I wrote Alexa's Song. I suppose they must have been, because Alexa, the heroine of the book, is all of these things. Not that they seem to bring her much happiness, confused creature that she is - her composing career stymied by a bad experience at music college years ago and her personal life rather a mess, too. Having abandoned her lover Jake to marry his brother Steve, Alexa now seems not to want either of them and she's off to America to follow a dream of starring in a TV show where the contestants compete to write songs.

And while there, she meets an ageing rock star and they have a fling. Just to complicate things, Steve flies over to try to repair their relationship... so that when Alexa comes home and discovers she's pregnant it's not clear who the baby's father is.

Jake has problems of his own. He's an artist who battles constantly with his bipolar disorder. He's on tablets to control it but the medication, Jake believes, suppresses his artistic creativity. Not everyone agrees, and Jake himself isn't quite sure, but in those heady times when he's off his meds, he becomes convinced that he (alongside his beloved Alexa) can pretty much take over the world.

Unfortunately, the highs lead Jake to do some crazy things, sometimes even putting his own life at risk. And, as it turns out, Alexa's...

I wanted Alexa to be an interesting novel in its own right, but I also wrote it to help highlight issues of mental health. So many of us suffer mental health problems of one kind or another, yet there is still this stigma and fear of 'letting on' - will my publisher still want to publish me if she knows I have recurrent depression? Will I lose my job? And what the hell would my ageing father think? It's easy to convince ourselves we've moved beyond these fears and that society now sees mental illness as just, in its way, another backache. If only that were true. Not that I'm playing down back problems (I have them too).

To help me write Alexa, among other things I read Kay Redfield Jamison's wonderful account of her life: An Unquiet Mind. Jamison is herself bipolar, as well as being an eminent psychiatrist and researcher, so she gives the scientific/medical perspective as well as the patient's point of view - plus she's a lively and competent writer. She has also written Touched by Fire, which reveals how many of the artistic geniuses of history were themselves (using retrospective diagnosis) probably bipolar.

My favourite writer of all, the American novelist Richard Yates, also appears to have been bipolar, and the fictionalised acounts of his condition in some of his novels make enlightening reading. Try his Disturbing the Peace if you haven't read it. To my mind, it's even better than Revolutionary Road, though  all his books show characters teetering close to the edge of what could loosely and (ignoring p.c. considerations) be called madness.

Anyway, from the sublime back to my own work. My book is so called because at one point Alexa writes a song for Jake. The title could just as well be Jake's Song, I suppose. She sings it to him when he's in extremis, but we never hear the words. I would love to hear the words (and the music, come to that) myself. So it struck me that maybe I should run a competition, asking people to write the lyrics of Alexa's Song. The entries will be judged by a professional songwriter and musician, who will also arrange for the winning lyrics to be set to music and performed.

So if you have any aspirations to be the next Bob Dylan....
But you'll need to read the book first.

Details of the competition will be announced on my blog, Rosalie Reviews, soon.

Dan Holloway said…
wonderful post and you make the book sound fabulous. I know lot of people who have that dilemma about medication - who don't want to have the peaks and troughs of their lives shaved off because in a way they are the parts that are most "real". I think a lot depends on getting the medication right so that some things are dulled but not others, and of course that isn't possible for many people, and only goes so far if your illness is more severe.

I've certainly found the ups to be utterly exhilarating and there's no way at the time I'm in them you could persuade me to medicate. On the other hand I shudder, looking back, at some of the things I've done and marvel no one got seriously hurt. Novels are often the very best place for us to think through these issues - perhaps because we can treat the characters with more distance than ourselves
26 October 2012 at 09:03

CallyPhillips said…
What was really interesting (having reviewed the book) in this post was the Alexa angle. Shows the depth of character because with Jake as the 'protagonist' in my mind, I hadn't gone into all the levels of Alexa's life - and it's really interesting to have the authors intentions - writers own view of characters - reminds me that there are depths beyond the obvious and that all characters have value in a good novel, they are not just foils for the central character/thrust of the novel.
As for the song challenge... I'm going to TRY to resist. I could do a Bob Dylan version but as I read the book I imagined it to be something more 'classical.' But you've got me thinking and the guitar beckoning... maybe Jan and I should go head to head on that one! It's a great book folks. Read it!
26 October 2012 at 10:21

Rosalie Warren said…
Thanks, Dan. I'm glad you lile the sound of 'Alexa's Song'. And thanks for your comments on bipolar and medication. I agree with what you say about novels - one of the reasons I write.
26 October 2012 at 14:25

Rosalie Warren said…
Cally, please please do enter the competition! I would love to hear your Bob Dylan (or classical) version of Alexa's Song (though entries will be judged anonymously, of course). Go for it, you and others, please... (more soon).
26 October 2012 at 14:27