A Christmas Gift for you by Pam Howes

By CallyPhillips - December 02, 2012
Happy December, folks. As I told my partner in the early hours of last New Years Day when we were driving home from a gig, it'll be Christmas again before you know it - and I was right! And doesn't it seem to come around fast these days? Or is that because I'm getting older? Anyway, for people my age, who were hanging around music stores in their teens, one Christmas Album will surely stick in their minds above all others. Commonly know as The Phil Spector Christmas Album - the actual title is - "A Christmas Gift For You." 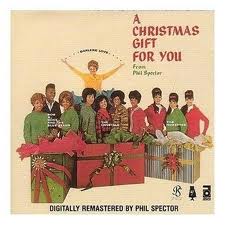 Now I know Phil's reputation is not squeaky clean, rumours of gun-toting in the recording studio with The Ramones and John Lennon are rife, although Yoko Ono says they are untrue. He's now serving life in prison for murder. However this doesn't detract from the fact that he was one hell of a record producer. Probably the best there was at that time and still hard to beat nowadays. No one has come up with anything to equal that fabulous Wall Of Sound.
But back to the Christmas Album. It was actually recorded in the summer of 1963, gloriously hot days, according to Ronnie Spector of Ronettes fame and Phil's now ex-wife. The artistes assembled in a boiling hot studio and for the album cover photos, were dressed in thick sweaters and festive attire. Hardly conducive to creating festive cheer. But from the first opening notes of that album the listener is immediately transported to Christmas. The release of the album in the was planned for November, but the date coincided with the assassination of President JF Kennedy and was postponed until the following year. On December the first I slot the CD version into my player in the car and from then until Boxing Day it plays on a loop. Every time I go out I feel Christmassy and sing along. Gets me in the mood, although I have to confess that I hate crowded shops and queues. But getting back to the title of this blog, here's a little; gift for you all. A light-hearted, silly poem as my gift to you for the festive season. Hope you enjoy. Have a great Christmas and see you next year. Cheers, Pam.

PS: The release of my new novel Not Fade Away is imminent. Hopefully the second week of December in anticipation of the Christmas rush. J
*** 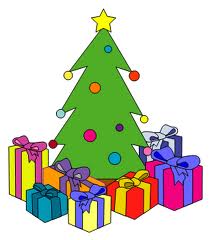 The shopping list is endless
I struggle to find the requests
But it's got to be done, or come Christmas day
I will disappoint all my guests

The excitement of daughters and grandkids
As they tear at the wraps know no bounds
I got everything purchased they asked for
And not only that I've saved pounds!
***
© Pam Howes 2012

julia jones said…
Just come downstairs from assisting youngest son to buy vital camera lead on ebay (thus saving hours of faffing around) and discover this delightfully refreshing blog post. Fell I should add Phil Spectre to the order forthwith and I look forward to your new book. Thanks Pam